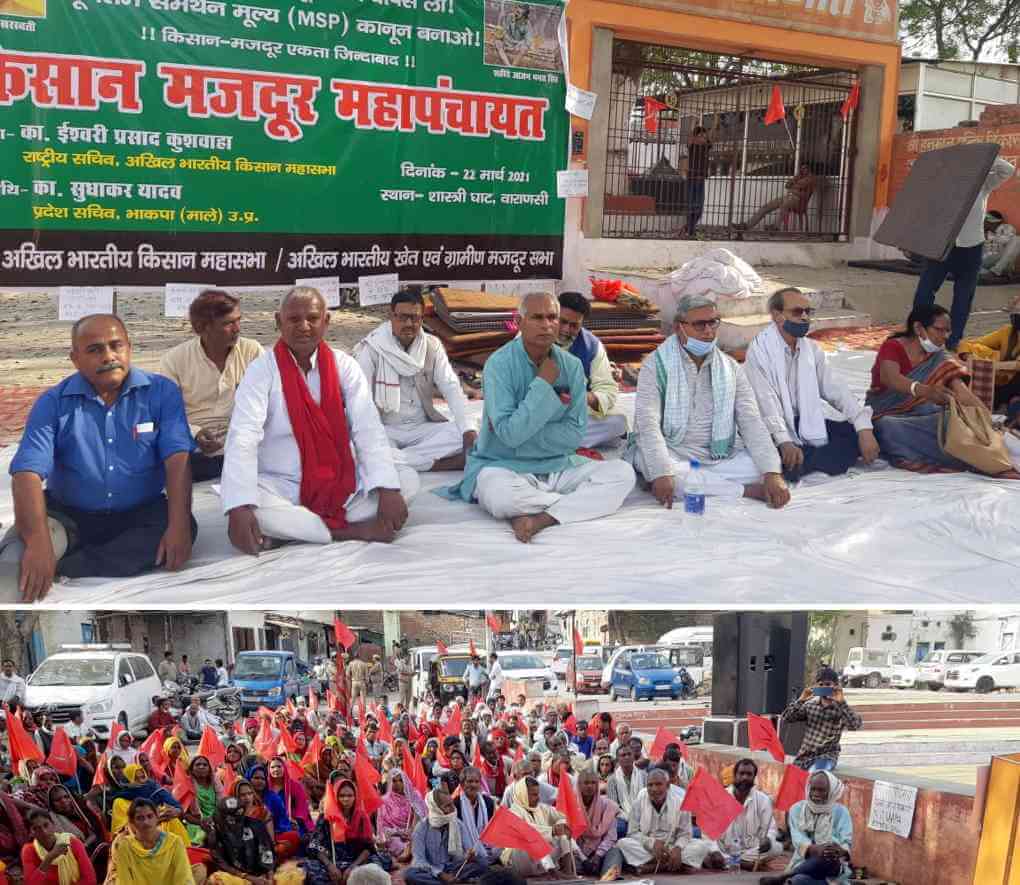 Addressing the Panchayat AIKM National Secretary Ishwari Prasad Kushwaha said that the ongoing farmers' movement has now spread across the country. Even after the martyrdom of 250 farmers the Modi government is adamant that it will not repeal these 3 laws which are for the benefit of Adani-Ambani and corporate houses. But the farmers are firm on their demands. To win this battle it is necessary to forge a strong unity among farm workers.

CPIML State Secretary Sudhakar Yadav said that the Modi government is selling off national assets like Railways, banks and insurance as well as agriculture to corporate houses. Trade union leader Shri Prakash Rai said that it is a good sign that workers are coming forward to stand firmly with the farmers' movement. BHU Professor Pratima Gond said that all democratic institutions are under attack from this government. Farmers, workers, women, students, youth, minorities, adivasis and dalits should come together and fight to save democracy.