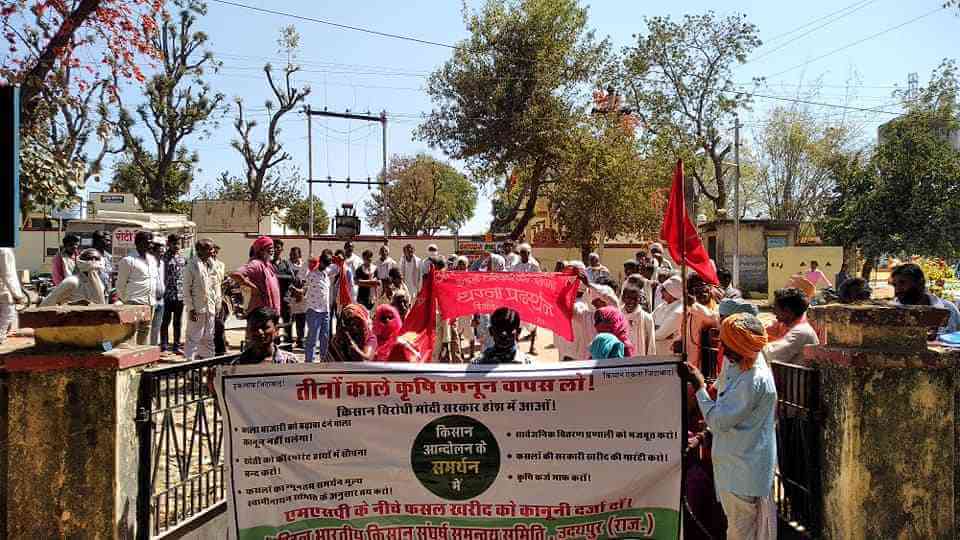 Hundreds of farmers from Dhariawad Tehsil led by All India Kisan Mahasabha marched in a rally from Lasadia Chowk to the Subdivision Office in Pratapgarh, Rajasthan on 1 March against the farm laws.

AIKM District President Gautam Lal Meena said that the Modi government only looks after the interests of corporates, while giving mere 'jumlas' to farmers. Ruplal Koted said that Modi Ji has destroyed the hopes of farmers by ending government mandis. Puranmal said that if the government continues this way, we will make it difficult for BJP leaders to enter villages here. Mangi Lal Sanjela said that Kisan Sangharsh Committees will be formed in the villages. AICCTU State Secretary Saurabh Naruka said that the farm laws will create a huge crisis in rations and right to food. AIKM leader Shankar Lal Chaudhury said that the government is sacrificing farmers at the altar of corporate profit.

The memorandum addressed to the Chief Minister also raised the issues of canal seepage, drinking water and repair of broken hand pumps. The meeting ended with a pledge to strengthen the struggle for repeal of farm laws.