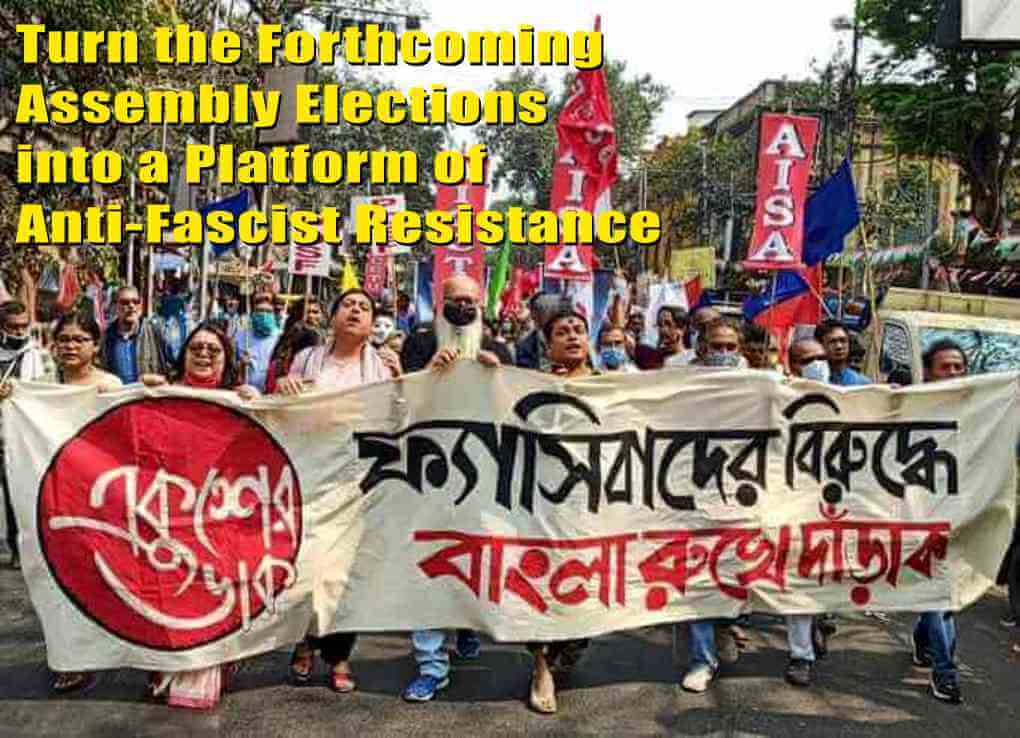 The schedule of elections to the four state assemblies of Kerala, Tamil Nadu, Assam and West Bengal and the Union Territory of Puducherry has been announced by the Election Commission of India. After Bihar, this will be the second major round of elections in times of the Covid19 pandemic. While Tamil Nadu, Kerala and Puducherry will have single phase elections, Assam will have it in three phases and West Bengal in as many as eight phases spread over the entire month of April. Single districts have also been split into two or three phases. When elections could be held in three phases in a big state like Bihar, why does West Bengal need an unprecedented eight phases? There has been no explanation from the ECI. The obvious inference that most political observers are drawing is that this extraordinarily staggered schedule suits the BJP the most.

While each state election does have its state-specific context, with the Modi government increasingly centralising all powers to aggressively pursue the corporate agenda of capturing the Indian economy and the RSS agenda of subverting India’s constitution and turning India into a fascist Hindu supremacist state, the call to defeat the fascist BJP has today emerged as the common all India objective for democracy-loving voters in every election. The speed with which the Modi government is implementing its agenda in its second term has only added to the urgency and gravity of this challenge. Of the five states, the BJP is already in power in Assam. In West Bengal it finished a close second in the 2019 LS elections, grabbing as many as 18 seats and a vote share of 40%. In TN, Kerala and Puducherry, the BJP is rapidly increasing its influence through strategic alliances, central intervention and the growing network of RSS.

The disastrous policies of the Modi government have landed the country in a major crisis. The NRC-NPR-CAA package has rendered millions of people utterly insecure, with uncertainty clouding their citizenship and all the rights that follow from it. This is a matter of major concern in both Assam and West Bengal, even though the BJP is maintaining a deceptive silence on the subject during the current elections. The ill-planned lockdown has turned out to be a brutal blow to the survival and economic security of tens of millions of working people, migrant workers in particular. While economic growth has turned negative, the government is busy selling economic assets, creating in the process unprecedented levels of unemployment and price-rise. And now the government is desperate to hand over the reins of agriculture, the only sector which registered positive growth even in the middle of the pandemic and lockdown, to corporate control.

One of the key factors contributing to the BJP’s stunning successes in recent elections has been the party’s ability to divide the people on the basis of various identities and then forge a united electoral bloc by creating a sense of India as a nation or Hindus as a community being in a state of siege and projecting the BJP under Modi’s leadership as the strongest option in this crisis situation. The Bihar elections of course showed us how a strong unity and assertion of the people around the burning issues of the day could successfully counter this strategy. The youth of Bihar voted overwhelmingly against the BJP-JDU combine on the issue of jobs, gave the CPI(ML) its best ever tally of twelve seats and a near majority to the RJD-Left-Congress grand alliance. We need to build on this example in the coming elections.

The ongoing farmers’ movement is also creating a similar impact by forging a powerful unity of the agricultural population cutting across the caste-community divide. The traditional rivalry between Punjab and Haryana and the sharp Hindu-Muslim rift in the riot-ravaged Muzaffarnagar belt of Western UP are receding into the background as the farmers’ movement creates a new unity against the disastrous farm laws of the Modi government. The farmers’ movement has sent out a powerful message against the domination of the Adani-Ambani Company Raj. The workers’ movement against privatisation, youth movement for jobs and the widely felt need for an affordable system of public education, healthcare and transport must absorb this message and forge a powerful mass awakening against the Modi government’s disastrous policies. Such a fighting unity of the masses can also challenge the repressive design of the government and the undeclared Emergency now prevailing in the country. While addressing local issues and concerns of the people, we must turn the forthcoming electoral battles into an effective platform for the developing anti-fascist resistance in the country.