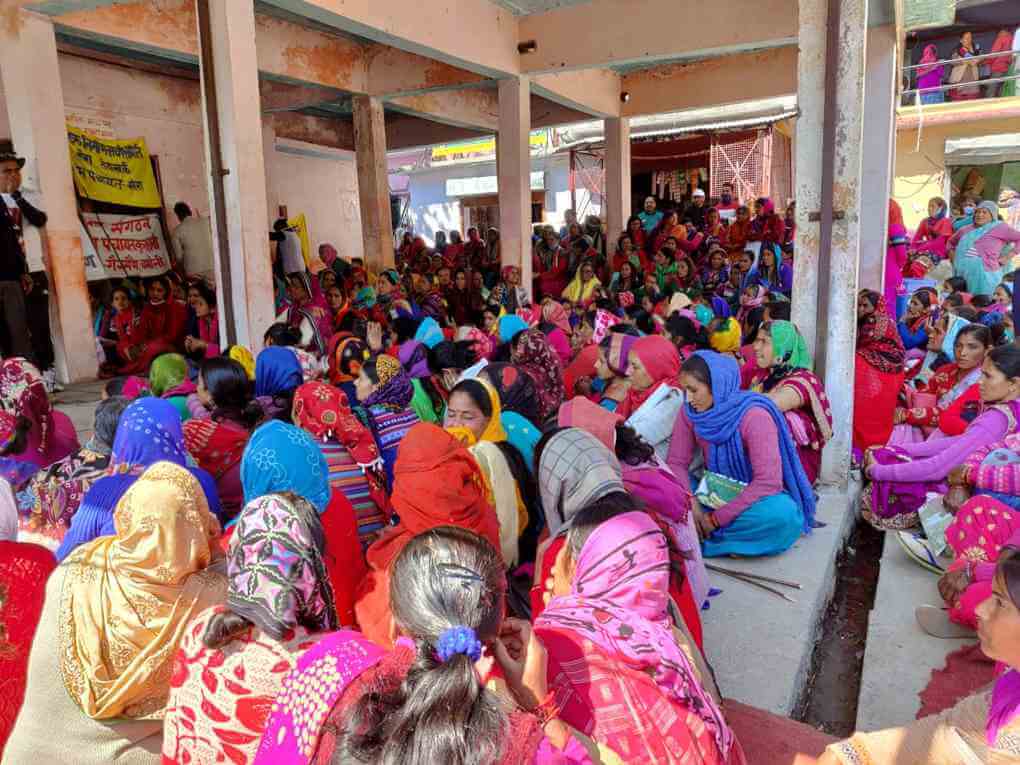 The lathi charge on peaceful protesters in Gairsain in Chamoli District on 2 March 2021 is condemnable and shameful. The protest for a road in Diwalikhal included aged ladies and youth who were brutally lathi charged. CPIML Garhwal Secretary Indresh Maikhuri was also injured in this lathi charge. CPIML condemns the lathi charge and demands a judicial enquiry into the entire incident.

On 26 February hundreds of women and men gathered with a 35 point charter of demands, including the demand for a Sera-Tewakhark motorable road which the government has not yet constructed despite many announcements. Earlier, people have submitted a memo to CM Trivendra Rawat through the local MLA in January saying that the people would start the construction themselves if the government did not do so by 25 January. On 26 January the villagers started digging for the road. Even after one month on 26 February the government paid no heed. The villagers announced an indefinite hunger strike from 27 February.

On 21 January the PWD had informed the Collector of Chamoli that official permission has been obtained for the first phase of the road construction (3 km) while permission for the 2nd phase is awaited. However, funds were not released for the permitted 1st phase, constraining the villagers to hold dharnas, hunger strikes and digging for road construction.
There are other roads also whose construction has been neglected by governments, like construction of 3 lanes in the Nandprayag-Ghat motor road., Salna-Danda motor road and roads in Karnaprayag, Tharali and Badrinath.

The government is least bothered about roads for the common people. But while returning from the protest on 26 February com. Indresh Maikhuri reported that people saw huge number of trucks and vehicles laden with generators, sofas etc for the comfort of Ministers who would attend the Budget session at Bharadisain on 1 March. Huge hoardings eulogising the government were being put up on the roads while barricades are being erected to obstruct protesters.

The government pulls out all stops for its own comfort and propaganda, but cannot lift a finger for a basic facility like a road for the people. Is the barricade between the people and the ruling powers so strong that it does not allow the voice of the people to reach the government?

The police and administrative brutality on peacefully protesting people was protested on March 2 in Dehradoon and Lalkuan by CPIML and other organisations demanding punishment to the concerned officials and police personnel who ordered lathi-charge.