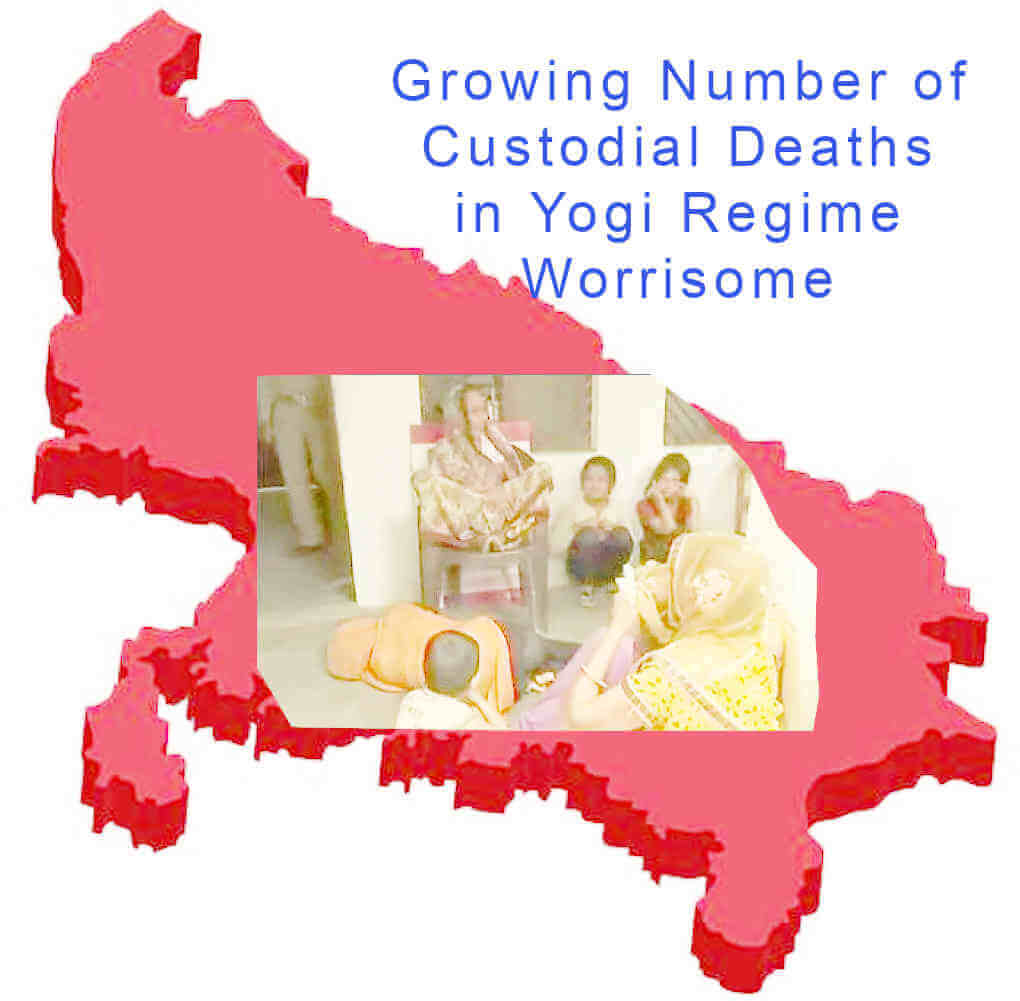 The growing number of custodial deaths in the Yogi regime is a matter of grave concern. The recent case of custodial death of a youth from the minority community at Jaitpur Thana in Ambedkarnagar District and the increasing number of encounters in the State are proof of the deteriorating condition of human rights and democracy. The CPIML said that under the current government Uttar Pradesh has become the graveyard of human rights and police stations have become hubs of corruption and oppression.

The Ambedkar District police had arrested Ziauddin (age 36), resident of Hajipur Kudrat village, Pawai Thana in Azamgarh, on the charge of theft. According to family members Ziauddin was arrested on 24 March and he died in custody in the night of 25-26 March. As in other previous cases, the police said it was a case of death due to illness (heart attack), whereas according to family members Ziauddin died due to brutal beating by the police.

As per reports the dead youth's family members also say that the police had been asking for a heavy bribe to remove Ziauddin's name from the case, and when they were unable to pay the amount he was given 'third degree' in the name of interrogation and he died as a result. Later after protests by the victim family and the villagers an FIR was registered against Akbarpur Thana (Ambedkarnagar) police personnel under murder and other charges, and orders were given for a magisterial enquiry.

The police under the Yogi government has crossed all the limits where Minorities and dalits are on the target of the government. The Constitution and the law have been shelved. The government is patting itself on the back for 'achieving' so many fake encounters, but it is the violation of these and other democratic rights that have made Uttar Pradesh and India plummet in democratic indices. NHRC statistics show that since the Yogi government came to power Uttar Pradesh has been Number One in the country every year in fake encounters. Uttar Pradesh has become Encounter Pradesh.

CPIML has also appealed to the NHRC to take suo moto cognizance and give speedy justice for the victim family.