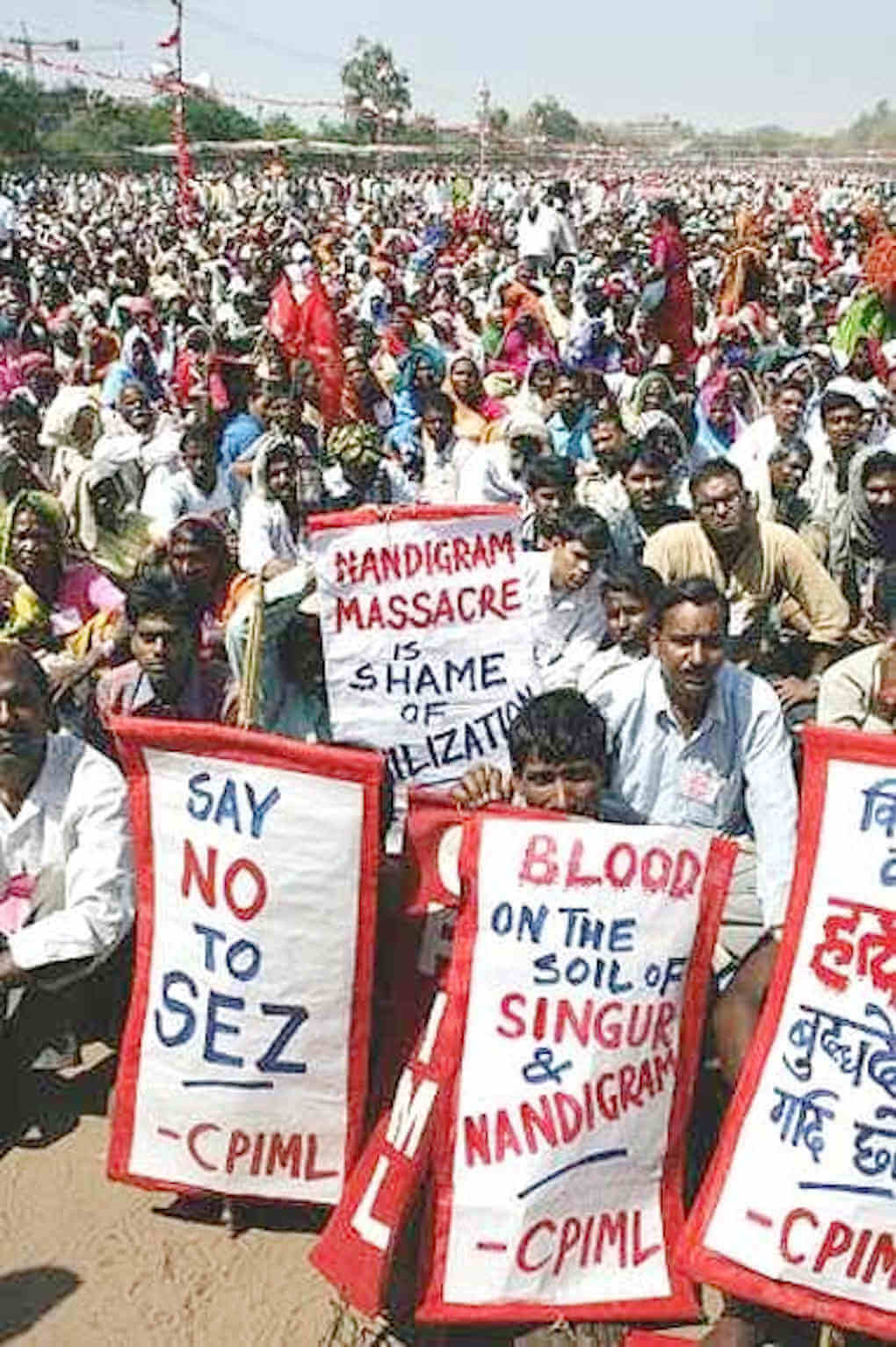 Mamata Banerjee's barbs against the Adhikari family have clearly given rise to several questions and a lot of speculation.

If the Adhikaris were complicit in the Nandigram massacre and Mamata knew it all these years she can't just talk about it now in the polls when the Adhikaris have switched sides and gone over to the BJP. She has a lot more to explain and she cannot evade it with her 'fair enough' comment.

But whatever new 'revelations' and allegations Mamata Banerjee and the Adhikaris may now come up with as they trade charges, it does not alter a few basic things.

The land acquisition plan in Nandigram was real. The mass resentment, agitation and awakening were real. The massacre was real. And Nandigram became Nandigram in combination with Singur, precisely because it was preceded by Singur where land was actually acquired, accompanied by brutal police repression.

In Nandigram members of our fact-finding team comprising late Comrade Shankar Mitra and others were arrested. In Singur, CPI(ML) state committee member and peasant leader Comrade Tapan Batabyal suffered injury when police beat up protesters and had to be hospitalised. We know the treatment that was meted out to common people in both Singur and Nandigram and how they felt and revolted.

It's certainly not unique, this has been the common response of common people losing their land and livelihood in almost every single case of forcible acquisition of land in the name of industrialisation, development or urban beautification. Saving land and livelihood in the face of corporate land grab aggression has been a key impetus behind the farmers movement in recent times.

It was this movement which brought an end to the colonial era 1894 land acquisition act and led to the 2013 safeguards against forcible acquisition and for payment of compensation to both land- and livelihood-losers. Modi's attempt to change the 2013 act has since been squarely rebuffed by the people.

Mamata's allegations do not delegitimise the powerful Nandigram and Singur agitations. She and her party of course emerged as the biggest political beneficiaries of these agitations, but that does not turn these agitations into political conspiracies any more than the ongoing farmers' movement is being sought to be painted by the Modi government as conspiracies against the regime.