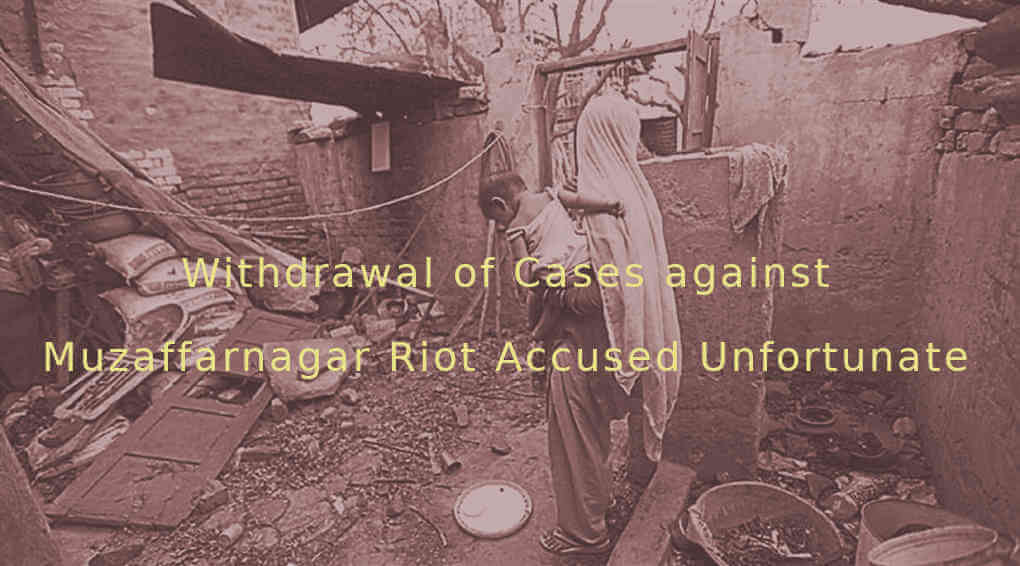 In a statement issued on 28 March the party said that the Yogi government does not want justice to be done in the Muzaffarnagar riots. They are protecting the criminals in the name of 'people's interest' and misusing its position. Who then will give justice to the dozens who lost their lives in the riots and the thousands of families forced to flee in search of safety? The Yogi government, drunk with the arrogance of power, is doing injustice to its own victimized citizens.

The party said that this action by the government is a mockery of the Constitution and law on the one hand, and discriminatory on the other. The case against Dr Kafeel Khan last year for allegedly making inflammatory speeches and spreading disharmony was registered at the behest of the government, and he was locked up in jail for months under NSA. The Allahabad High Court declared this action illegal and the government was finally forced to release him, though the case has not yet been withdrawn.

CPIML has demanded that the higher judiciary should take suo moto cognizance in the interest of justice and cancel the closure of cases against those who perpetrated riots in Muzaffarnagar, reopen the cases and deliver justice to the riot victims.