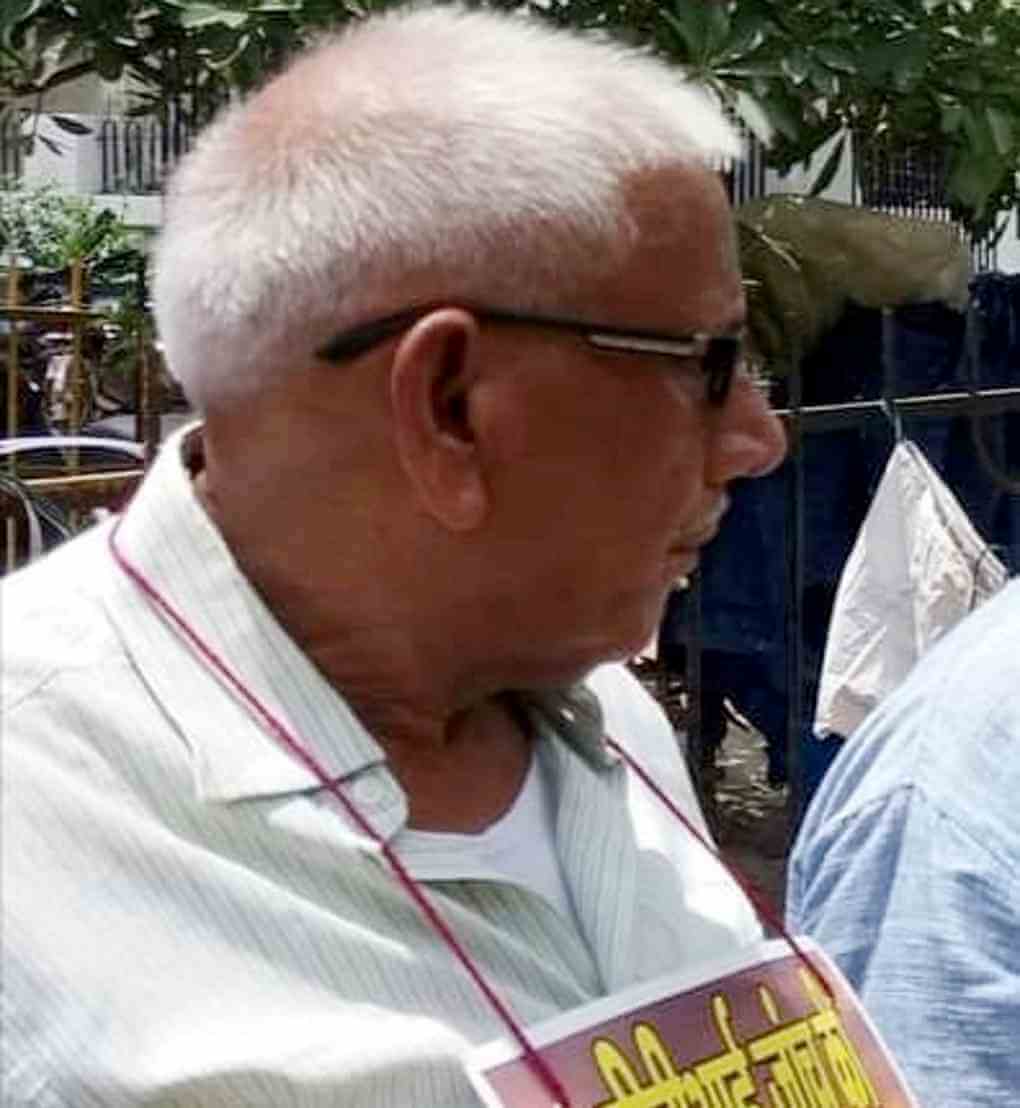 Senior CPIML leader 75 year old Prof Birendra Prasad Singh passed away on 21 April 2021 at his home in Gobarsahi, Muzaffarpur. He had been ailing for some days. Comrade Birendra Prasad was an ideal and an inspiration for many of us. He will continue to remain our guide and inspiration through his dedication to service of the people, his revolutionary Communist ideology and actions. The demise of Comrade Virendra Prasad Singh an Irreparable Loss.

Tributes were paid to him at the party Mujaffarpur district and Patna State offices and a wave of profound grief swept through his near and dear ones. A condolence meeting was organized in Patna was attended by CPIML State Secretary Kunal, Dhirendra Jha, Amar, Mahboob Alam, Abhyuday, Sandeep Saurabh, Kamlesh Sharma, Ranvijay Kumar, Prakash Kumar, Samta, Murtaza Ali and other leaders. His last rites took place at the crematorium on the banks of the Sikandarpur river.

State Secretary Kunal said that Comrade Birendra Prasad's demise is an irreparable loss. Prof Birendra had retired 10 years ago as the Head of the Chemistry Department at Science College. He was actively involved in the Communist stream from the days of his student life and joined CPIML in 1969 at the time of its inception. Even as a Professor he remained a party activist and was on many of the leading party committees. He had a deep commitment to service of the people. As a senior professor he was the epitome of 'simple living, high thinking'. He had a special affection for the poor. The party expresses deepest condolences and sympathy with his family.

Prof Birendra Babu leaves behind his wife, three sons, a daughter and grandsons and granddaughters.