CPIML-AIKM Dharna to Save FCI 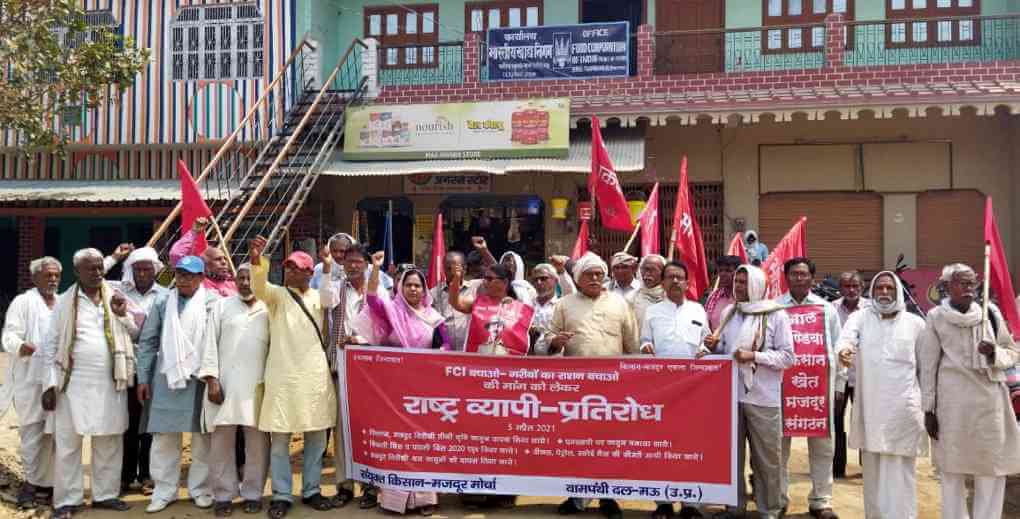 Responding to the 'FCI Bachao' (Save FCI) call given by the Samyukt Kisan Morcha, CPIML and All India Kisan Mahasabha organized dharna protests across Uttar Pradesh on 5 April.

Speaking at the protests, leaders said that one of the three black farm laws imposed by the Modi government gives farmers 'freedom' to sell their produce in the open market. This freedom is a delusion, because in reality it clears the way for closure of Mandi Samitis that procure food grains for the government and for ending of Minimum Support Price (MSP). It is through procurement by Mandi Samitis that food grains reach FCI godowns, from where the grains go to ration shops and are sold at a subsidized rate to the poor. If procurement of food grains by the government through Mandi Samitis is ended, FCI will also close down and so rations for the poor will be ended. Therefore, saving FCI and ending the 3 new farm laws is in the interests of the poor and the entire country.

Protests were organized in various Districts including Mau, Ghazipur, Chandauli and Jalaun in response to the call given by SKM which is leading the ongoing farmers' movement at the Delhi borders.