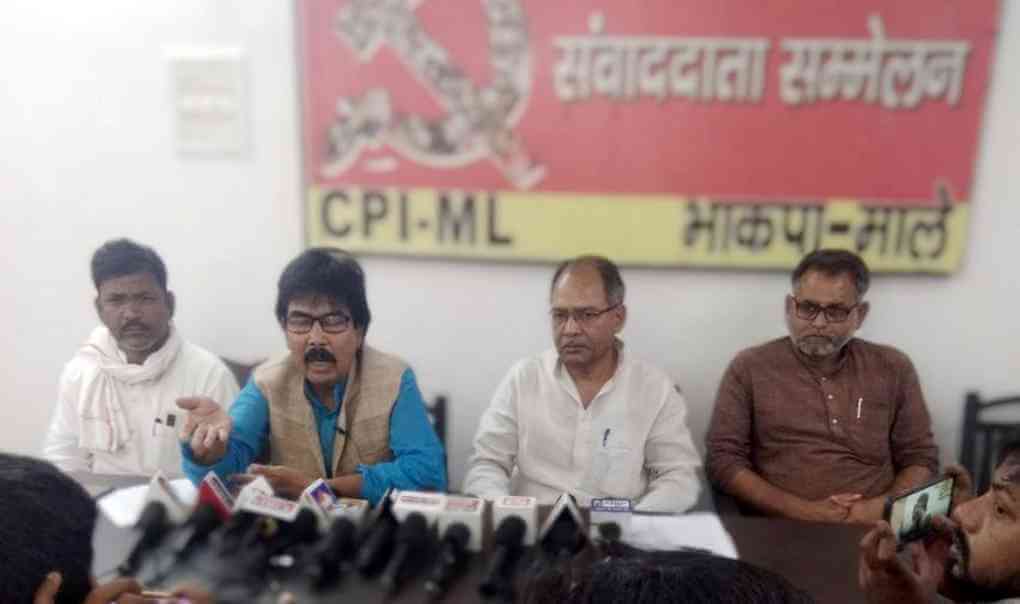 CPIML held a press conference in Patna on 1 April and said that the goondaism by the police inside the Assembly was not only Nitish Kumar's extremely condemnable act to insult and repress Opposition MLAS, but also an act that lowered the prestige of the Legislature. By endorsing police violence on the Legislature, all established democratic processes were thrown to the winds. Nowhere else in history do we find such an example; possibly not even during the British Raj was the Legislature treated thus. Nitish Kumar passed the draconian Bihar Special Armed Police Act by using police force inside the Assembly, and the entire world is casting shame on him for this.

Parliamentary democracy has always had a tradition of establishing consensus over laws. In case of opposition, the provision is for detailed discussion or submission to a select committee. But this government did no such thing and hastened to pass the Bill by using the police to kick and beat MLAs and drag them out of the House. Gheraoing the Assembly Speaker is the democratic right of MLAs but it was used as an excuse to blot the history of the Vidhan Sabha on 23 March 2021.

This act is actually an extension of the autocracy being imposed on the entire country by the Modi government. Nitish Kumar is actually furthering the BJP's agenda. We have already seen how the 3 black farm laws were forcibly passed in Parliament, and now the Modi government is intent on curbing the Delhi government's rights and handing over all the rights to the LG.

Carrying this autocratic process further in Bihar, Nitish Kumar first banned social media and then issued a diktat that those who participate in protests will not be given government jobs or contracts. During the Budget session the Chief Minister was flummoxed by questions posed by CPIML and other Opposition MLAs, and started using unseemly language, merely doling out advice. On 23 March he added a black chapter to parliamentary history. The Speaker has reiterated his statements putting the blame on the MLAs. By doing so he wants to wash away the stain on his conduct, but the entire world is watching his actions.

CPIML Bihar Secretary Kunal said that the party will go amongst the people to speak about the BJP-JDU's autocracy and this anti-democracy action which has globally shamed democracy-loving Bihar, and will campaign across the State to demand an apology from Nitish Kumar. All our MLAs will campaign in their respective areas with village meetings and the slogan 'Loktantra Hua Sharmsaar--Maafi Mango Nitish Kumar' (You have shamed democracy - Apologize to the people, Nitish Kumar).

CPIML will renew its campaign across Bihar against the three farm laws and the Police Raj Act, and Assembly constituency level Mahapanchayats will be organized in the month of April.