Statement on Sukma Killings of Jawans 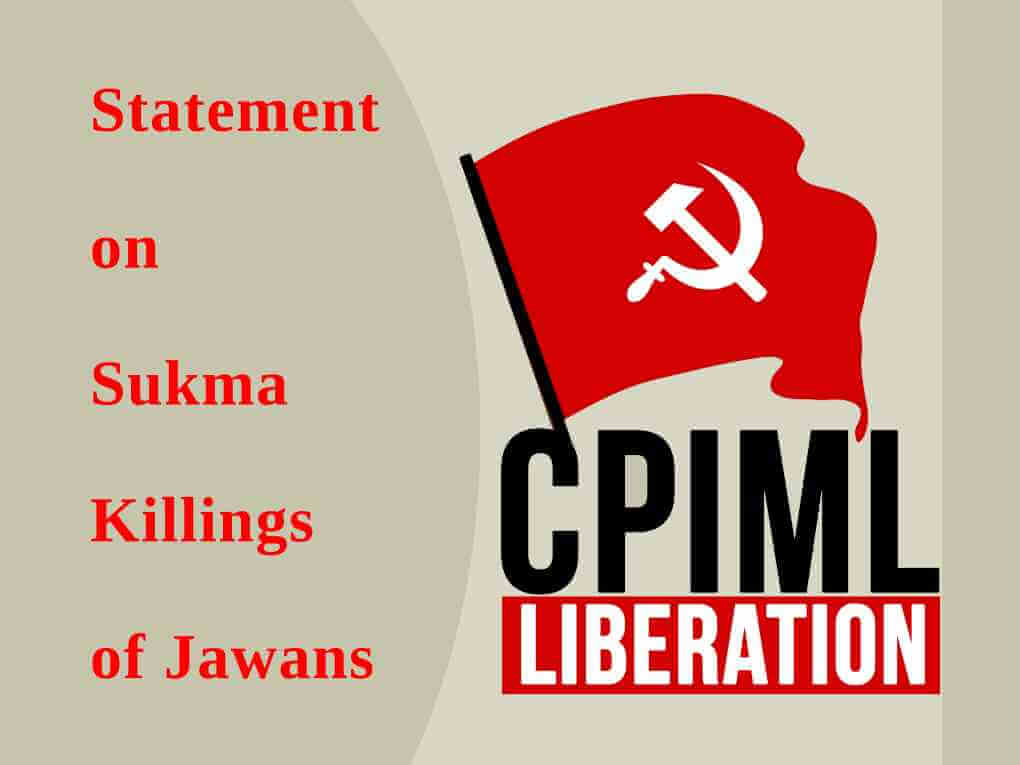 We condemn the killings of 22 Jawans of central paramilitary forces in Sukma, in the Bijapur district (Bastar region) of Chhattisgarh, and express our deepest condolences for the families of the slain jawans. Reports indicate that 15 Maoists who were involved in the attack have also been killed.

At a time when the country is witnessing a historic farmers' movement, as well as workers' struggles against privatisation of public sector units, and youth movements demanding jobs, and Assembly elections are underway in five states, such Maoist military actions do untold damage to the cause of people's movements and their attempts to put the people's interests at the forefront of elections.

The Central Government's claims that PM Modi's leadership, witch-hunt of democratic activists working among the adivasi people of Bastar, and policies like demonetisation will end long ongoing insurgency and conflict in the region, have also repeatedly been proved false. Instead, the Central Government and Home Ministry must answer for the intelligence and operational failures which keep allowing incidents like those at Pulwama and Sukma to happen unhindered.