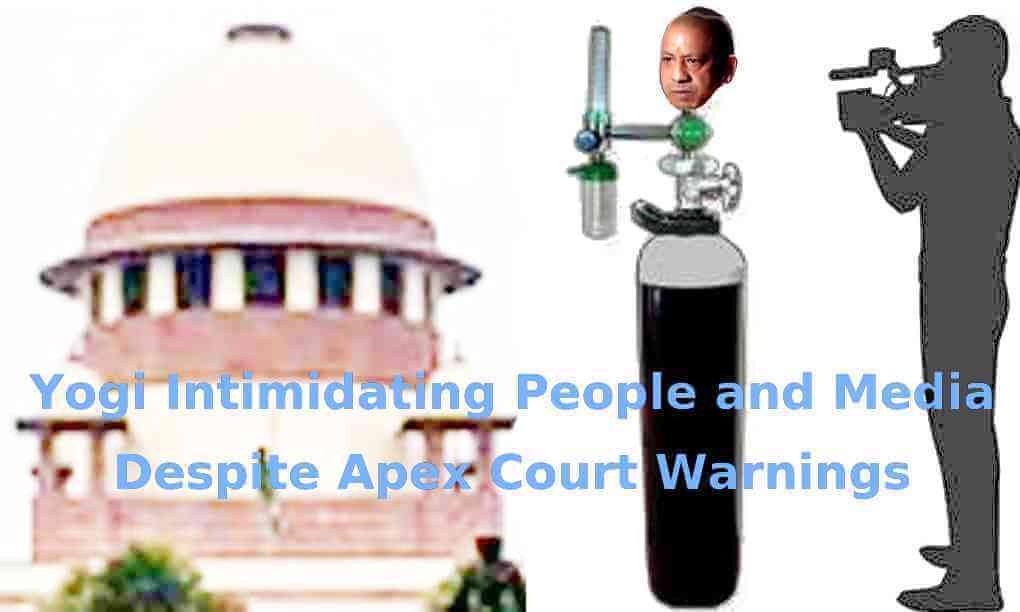 Despite the recent warnings by the Supreme Court the Yogi government continues to intimidate and suppress the voice of the media and people who expose administrative failures or ask for help in securing oxygen for needy patients.

The Raebareli's District administration has issued a show cause notice seeking time-bound written clarification from 3 journalists, failing which legal action has been threatened. These journalists had shared on social media a post related to oxygen shortage in the District and cutting of Raebareli's oxygen quota to send oxygen to other Districts.

A few days ago a private ambulance driver in Jaunpur District was slapped with a case by a hospital administration alleging conspiracy to defame. The ambulance driver was trying to arrange oxygen for struggling and suffering Covid patients who had been refused admission by the government hospital due to shortage of oxygen. He has been charged under the Pandemic Act as well as 3 sections of IPC.

CPIML said that just recently the Supreme Court warned governments that social media appeals for help for Covid patients, right or wrong, should not be subjected to punitive action of any kind; otherwise it would be contempt of court. But despite such a warning by the apex court District administrations are not hesitating to violate this directive. This is being done at the behest of the Yogi government.

CPIML has demanded scrapping of the FIR registered against the ambulance driver and withdrawal of the show cause notice against the journalists.