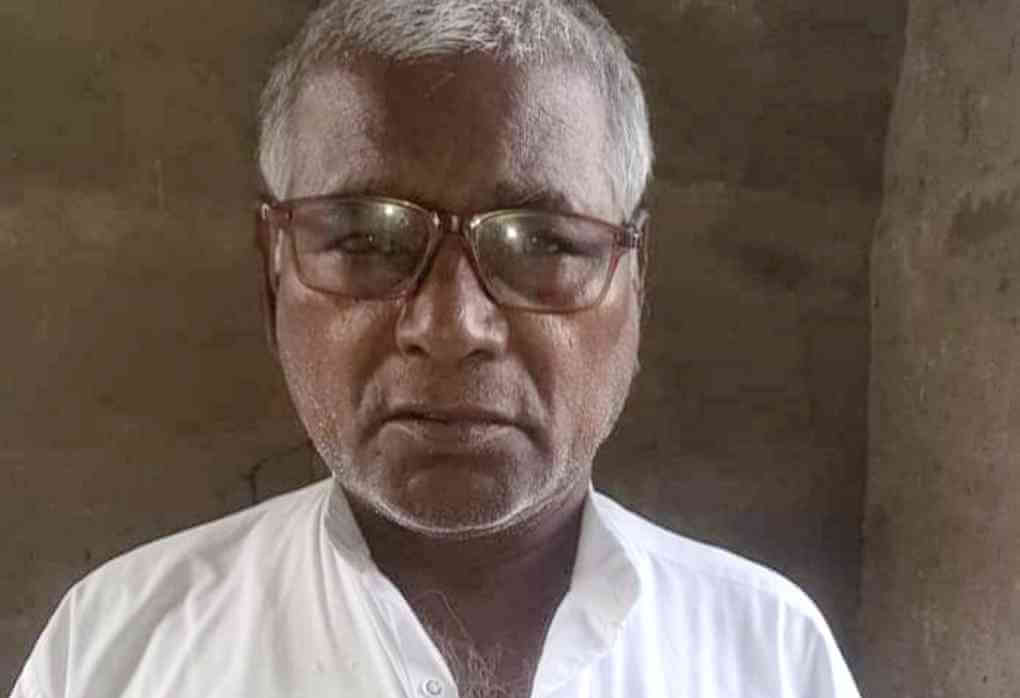 Always with the party in struggles and troubled times, senior leader from Champaran Comrade Ram Pratap Paswan is with us no more!

In the latter half of the 1970s the Darpa Chhaudadano struggle in Eastern Champaran was going through troubled times. People's leaders Comrade Gambhira and Comrade Madan had been martyred. Many important comrades were in jail during the aftermath of the Darpa massacre. The ruling classes and the oppressive government had tried to restrict the party's scope and finish it off. During that difficult time the shelter of a neighbouring area was required for supporting the Chhaudadano movement to save the very existence of the party. It was the underground era of the party. The party then decided to work for the people in that difficult time, and young Comrade Ram Pratap Paswan became associated with the party in Ghodasahan Bazaar. He quit the CPM and moved forward on the revolutionary lines of our party. His home and mohalla became a place of refuge for underground party leaders. It was his place in the District where comrades found shelter during repression, and it was Comrade Ram Pratap's responsibility to look after all their needs including medical treatment.

In those days the party was trying to build people's organizations in Bihar, and Ghodasahan was an important testing ground. Comrade Ram Pratap established the youth organization Jan Sangharsh Samiti. This organization raised democratic issues in Ghodasahan and protested against the ongoing repression and atrocities against the Chhaudadano movement. He was slapped with many cases and was jailed for protesting against police atrocities and criminals. During that period of repression an opportunistic faction of the party tried to divide the party. Comrade Ram Pratap faced the situation firmly and did not let the party be divided.

He formed the Deshbhakt Janwadi Morcha that was part of the process to form the IPF, and later participated in the formation of the IPF in Delhi. In later days he led many movements including the protest in Ghodasahan Bazaar against the Saraswati Devi rape incident and the movement to put up Shaheed Bhagat Singh's statue. He led these movements along with his life partner AIPWA District Secretary Comrade Kishori Devi and Comrade Ainul Haq. He also served as IPF Eastern Champaran District Secretary and also Chhaudadano Block in-charge. During this time he organized a successful District conference in Ghodasahan. From the 80s he was a member of the District Committee and the District Standing Committee.

In later days the party gave him the responsibility for work in Sikata in Western Champaran. He overcame many kinds of organizational problems in Sikata and played an important role in the 2020 Assembly elections. For the last 8 years he had been Sikata Block Secretary and a member of the District Standing Committee. Earlier he had also been AIARLA District Committee member and State and National Council member.

At 5.30 pm on 13 May 2021 he became a victim of the Modi and Nitish governments' gross medical and health-care negligence and passed away due to Covid 19. His demise is an immense loss to the party which can never be compensated.

We will forever remember his dedication to party work, his honesty and simplicity, humility and tolerance, and his perseverance in tackling difficult issues. In personal life also he had faced the sorrow of the untimely deaths of his only son and his life partner and inseparable comrade Comrade Kishori Devi when he himself was suffering from heart disease. He will remain our inspiration for facing and fighting challenges. His memories will stay with us and make us stronger.