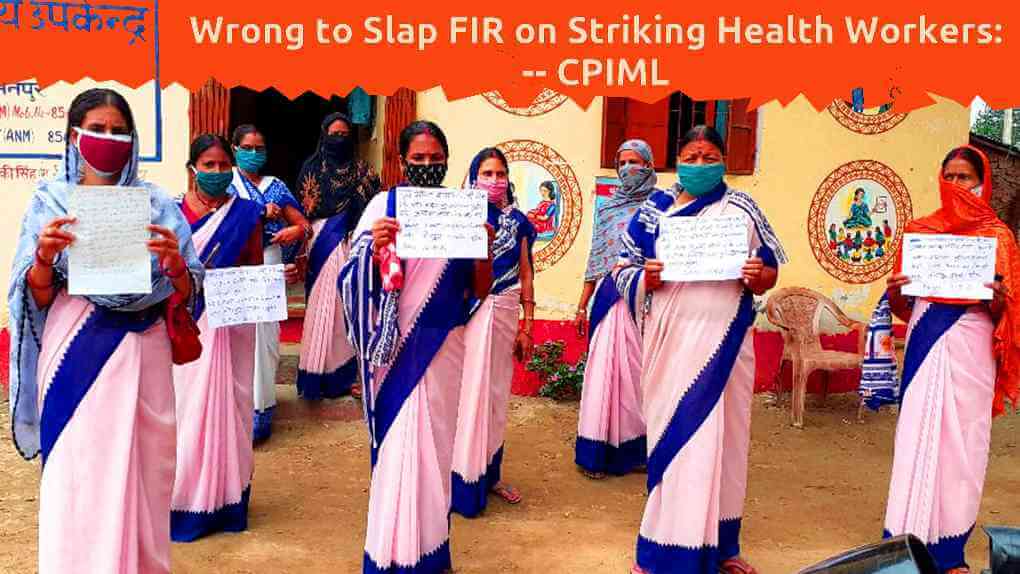 CPIML Bihar State Secretary Kunal said on 13 May 2021 that the FIR and orders for cancellation of contract and removal from work of health workers on strike in response to the call given by Bihar Health Contract Workers Association is wrong on the part of the government. He said that instead of issuing such repressive orders the government should immediately engage in talks with the striking health workers and find a solution.

He further said that in this horrific Covid crisis when people are battling for life against death, it is not correct to maintain such an obstruction. We support the demands of the health workers but in the interest of society we appeal to them not to strike work at such a time of crisis, to withdraw their strike and give priority to serving the people.

Similarly, ration dealers are also on indefinite strike since one week for their just demands. Hunger and starvation is a growing problem among the poor due to the lockdown. In this situation this strike does not seem right. Due to their strike, card holders are not getting rations and their food problems have escalated. The government should intervene immediately, consider the dealers' demands, and find a solution to end the strike. If the dealers are demanding that they should be protected from becoming Covid spreaders, what stops the government from arranging sanitizers, vaccine for all, soap, masks etc for them?

Reports are also coming that Ayush doctors are also planning to go on strike. If this happens the already devastated health system will go into deeper crisis, affecting the lives of common people badly. Therefore the government should consider this matter also seriously and take necessary measures to prevent such a situation from arising.

CPIML appeals to all sections of society in this hour of crisis to remain united so that we can together fight and defeat this pandemic.