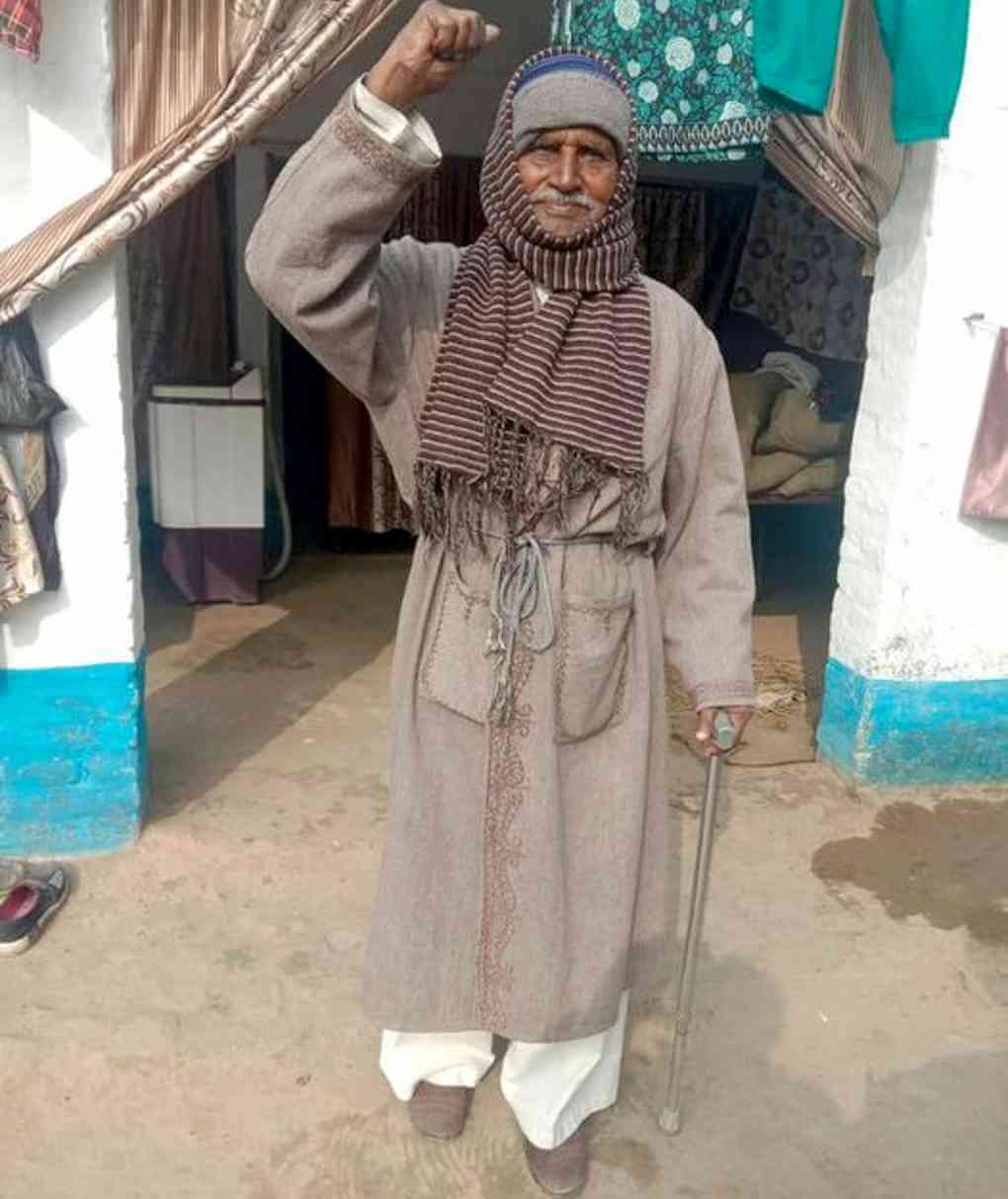 Allauddin Shastri was born in Deoria District in Eastern Uttar Pradesh. He did his graduation from Kashi Vidyapeeth in Banaras and later started working as an Inspector in the Malaria Department in Lucknow. In the 1960s when the government started settling landless farm workers from Purvanchal in Lakhimpur Kheeri and Pilibhit under its colonization project, Comrade Allauddin Shastri, who was drawn more to rural life than to urban life and his job, resigned from his job and came to Siddhnagar village in Pilibhit District and got some agricultural land and housing allotted for himself. Comrade Shastri was deeply influenced by the socialist way of thinking. He was associated with the Praja Socialist Party. Later when PSP merged with the Congress he joined the Congress.

Despite being in the Congress Comrade Allauddin was much influenced by the Naxalbari movement and was in lively contact with the communists of the time. He supported the communist movement against feudal oppression and for land distribution. As Pradhan for 10 years he established Rahul Nagar village and had pattas given to landless persons. When he became a member of the 20-point committee for implementation of the colonization project he made the suggestion that instead of 20 or 10 acres to a few persons, all landless families should get an equitable distribution of 3.25 acres each. The administration accepted his suggestion and thousands of landless families got 3.25 acres each.

In the early 90s Comrade Allauddin led the party from the front in its fight against the land mafia-forest department-administration troika and was instrumental in settling hundreds of dalit landless poor in the Rahul Nagar workers' basti. He had an excellent understanding of land-related laws and this was a great help to the movement as he could resolve many complicated land-related issues.

He led an intense movement against the eviction and oppression of villagers settled on the edge of forests in Pilibhit in the name of the Tiger Reserve. During his struggles for the people dozens of false criminal cases including that of being a gangster were slapped against him and he went to jail many times. But criminal cases and jail could never defeat his strong spirit.

Comrade Allauddin was deeply attached to the poor, workers and farmers. Whenever they came to him with a problem he always stood up to help them without caring for himself. He was a popular leader, a spirited fighter and a dedicated communist who lived a life full of enthusiasm and a fighting spirit.

He played an important role in many struggles led by the CPIML against feudal oppression, for forest rights for adivasis, against corruption in Panchayats, usury, denial of citizens' rights to Bengali speaking farm workers by branding them as infiltrators, and against the conversion of Pilibhit's symbol of freedom struggle Ramswarup Park into a toilet complex. He fought lifelong for land rights of landless feudalism-oppressed dalits and backward castes.

In 1976 when the government settled hundreds of displaced families from East Pakistan in Chandia Hazara village, Comrade Allauddin became their friend and helped them as much as possible. Later when RSS-BJP attacked the voting rights of thousands of Bengali speaking farm workers in the terai by calling them infiltrators and pressurized the government into deleting their names from voter lists, Comrade Allauddin led a strong movement in which the party was successful to a large extent.

When the Tharu tribals were forcibly displaced from the Bhagga forest lands near Pilibhit the party led a brave struggle and got the Tharu tribals settled again on the land from which they had been evicted. Comrade Allauddin played an important role in this struggle.

Comrade always prominently raised the issue of land, water and forest rights for dalits and adivasis. He firmly believed that dalits and adivasis who depend on the forest for their living also protect the forests and do not harm trees and wild life. The government had settled 14 villages on the banks of River Sharda including Comrade Allauddin's village. This entire area was affected by land erosion and floods. Comrade Allauddin became the voice of all the people displaced by erosion and floods. Many displaced villages were resettled through his efforts.

Comrade Allauddin was a beloved and well-respected face in Pilibhit District. He had an extremely close and affectionate relationship with party comrades. He considered them as his family and helped them as much as possible in their personal problems. He lived at the party office in Puranpur which was the centre of all his political activities. He was not only a communist party leader but was also widely accepted in socialist circles. Despite his age he always remained an enthusiastic and energetic communist activist. His energy, enthusiasm and dedication was evident in all his work for the party.

Till he was 85 years old he never evinced any signs of weakness or old age. He was immersed in people's struggles till the end of his life. He was very enthusiastic about the ongoing farmers' movement in Delhi and wanted to participate in it but could not go to Delhi because of poor health. But when the Kisan Yatra against the three black farm laws reached his village he welcomed the Yatra on behalf of the All India Kisan Mahasabha and flagged it off the next day.

The CPIML expresses deep condolences at the demise of Comrade Allauddin Shastri.