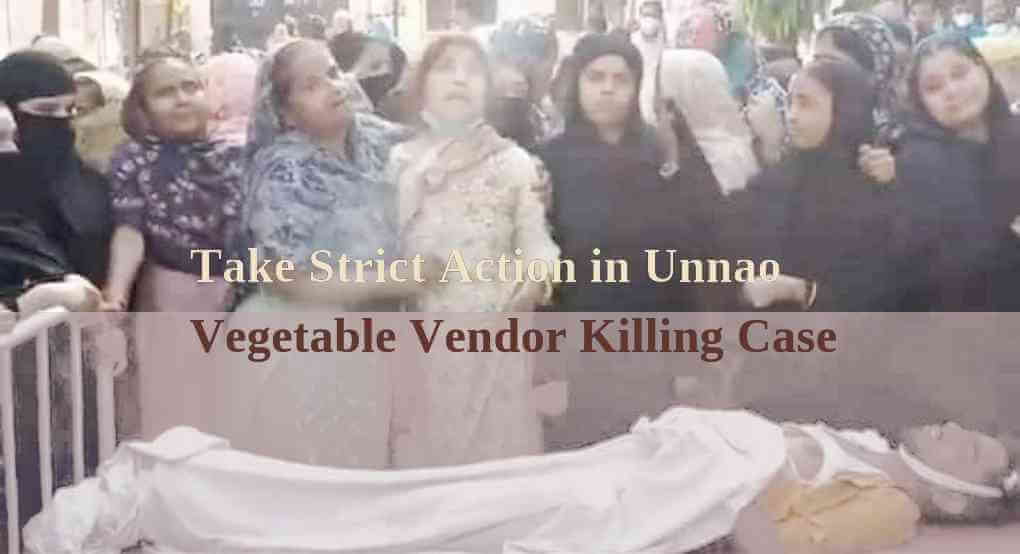 After the postmortem report in the Faizal Hussain case in Unnao, CPIML Uttar Pradesh State unit said in a statement on 23 May that this is a straight case of murder by the police, therefore there must be strict action against the Bangarmau SO and the entire Thana in order to provide justice to the family of the deceased victim.

State Secretary Sudhakar Yadav said that the way in which the police beat up and murdered 18 year old Faizal while bringing him from the road to the Thana in the name of Corona curfew raises a serious question mark over the Yogi government's system. He asked, why was only Faizal Hussain nabbed in the name of Corona curfew when there many other people also in the vegetable market?

Comrade Sudhakar said that several people from the minority community were lynched by Modi-Yogi government-protected mobs. Now CM Yogi's police are beating and killing them in broad daylight on the road and in the Thana.

He said that the killer police personnel have not been arrested even 2 days after the incident. The police and administration are conspiring to whitewash the entire incident. First they tried to shield the perpetrators by saying the death was due to 'heart attack' whereas Faizal was an 18 year old healthy young man. Even the FIR was registered only after the victim family along with the villagers blocked the road and protested till midnight.

Moreover, when the post mortem report proved that the death was due to beating, excuses are being sought to avoid action. Why has a case been registered only against three police personnel and not against the SO who is also clearly implicated in the case? Why did the police leave Faizal's dead body in the hospital and run away?

Comrade Sudhakar appealed to the Human Rights Commission and the judiciary to take suo moto cognizance of the case, considering it to be a case of custodial killing.

He said that Faizal was the sole bread earner for his family including two sisters and an ailing father, and his murder has brought a severe livelihood crisis on them. Therefore the family's demand that they be paid Rs 1 crore as compensation and one member of the family be given a government job is very just and the government should fulfill this demand without delay.