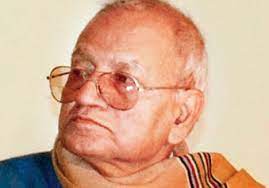 CPIML has expressed deep grief and condolences on the death of renowned scientist and social activist Manas Bihari Verma.

In a statement issued on 4 May CPIML said that close associate of former President Kalam, Shri Verma had started many new social work initiatives in Mithilanchal after retirement. He played an important role in opening the women's engineering college at Darbhanga which he served as Director for many years. He ran many successful campaigns in the flood-affected area of Kosi-Kamla and worked for people's awareness towards protection of rivers. He laid the foundation for education and scientific temper among dalit-poor children in remote rural areas.

He stood rock solid against the danger of communalization of the country and society. Mithilanchal has lost a great scientist and social worker, which is an irreparable loss. He was very much needed in these times. In the last Assembly election he was part of the drive as an intellectual to defeat the BJP and save society and the country. He helped many CPIML campaigns and often gave valuable advice and suggestions.