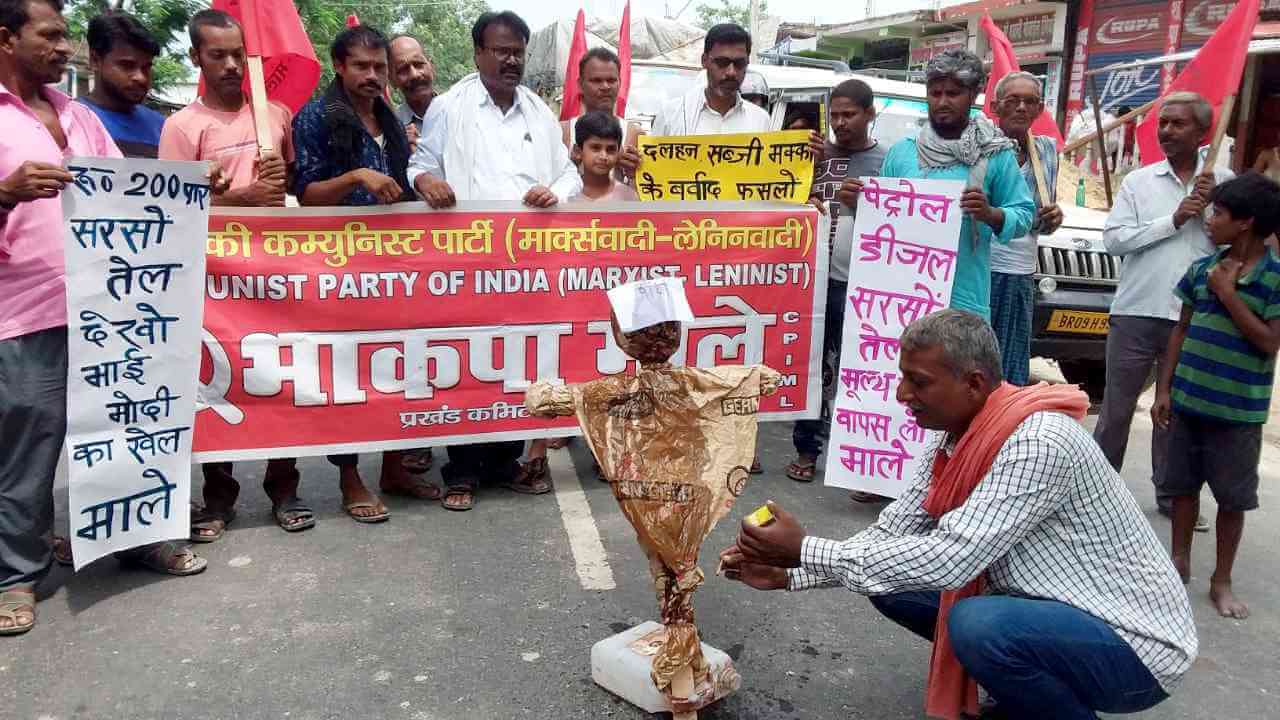 The lives and livelihoods of the common people are under horrific attack because of spiralling prices of essential goods. Instead of helping the people who are already distraught due to the Covid pandemic, the government is hiking prices of petrol and diesel, resulting in skyrocketing prices of all market goods.

The price of some food items has increased by many times. The price of rice, dal, vegetables and edible oils has gone up sky high, upsetting the budget of the poor as well as the middle class. A situation of hunger and starvation prevails in villages as well as cities. While black marketers and profiteers are taking advantage of this situation, those who produce the crops and goods are not getting even minimum price. Immediate action should be taken against black marketing of essential medicines during this pandemic period.

The Left parties have demanded Rs 7500 per month for 6 months for families outside the income tax scope, and 10 kg food grains, dal, edible oil, sugar, masalas and tea for each member of the family. Memorandums will be submitted to the District Collectors with the above demands during Anti-price rise campaign which is going on for a fortnight between 16 and 30 June. The effigies of Modi government will be burnt as a mark of protest.