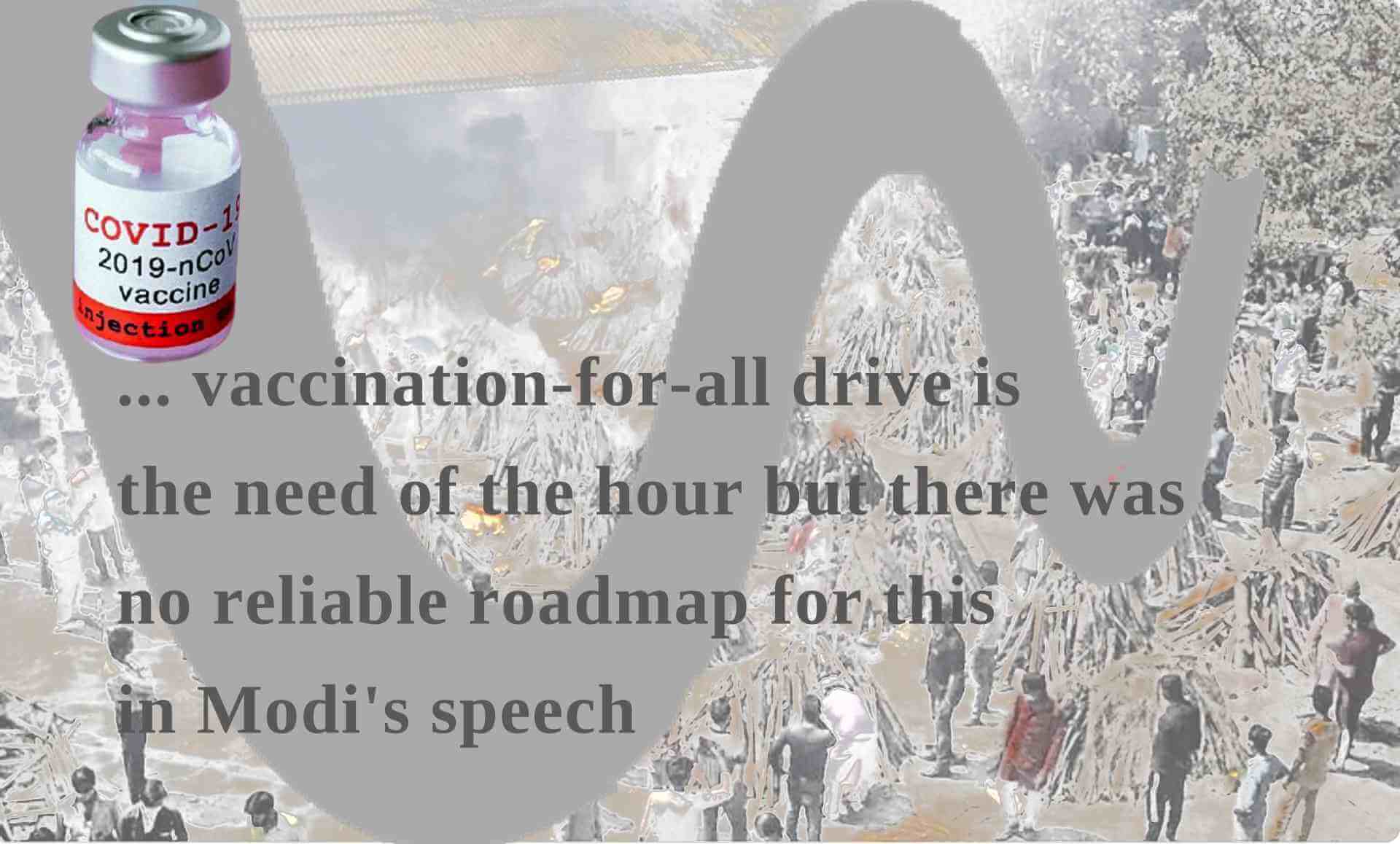 The governments are hiding statistics of people who died during the Corona pandemic; we should work to bring the correct numbers to light. Addressing a Bihar State Committee meeting on 10 June, CPIML General Secretary Dipankar Bhattacharya said that the Prime Minister's announcement of free vaccines for people in the 18-44 age group has come very late. The Prime Minister's cabinet ministers and NDA Chief Ministers are expressing gratitude for this, but in the common people's opinion it is the Supreme Court that deserves thanks for castigating the government's arbitrary and illogical vaccination policy and putting pressure on the government to make policy changes after one week.

He said that an intense vaccination-for-all drive is the need of the hour but there was no reliable roadmap for this in Modi's speech. The cause for such a large number of deaths in Covid times is the decrepit health system, and Bihar's condition is worse than most. These deaths are the result of government negligence. An extensive movement against the failure of the central and state governments, making health the focal issue, will be launched. If timely vaccination for all is not done, the worst affected will be the poor who will suffer the largest number of deaths.

It was decided at the meeting to expose the government's lies and prepare a list of all deaths during Covid times across the state and especially in the 12 ML Assembly constituencies, because the government is deliberately undercounting the deaths. We will raise prominently the issue of Rs 4 lakhs compensation for the families of all those who died in Covid times, regardless of whether they died of Covid or other reasons.

The meeting discussed the ongoing campaign for collective mourning of people who died of Covid or other contextual deaths. From 6 June onwards the campaign 'Count Every Death, Remember all who died, Share every sorrow' has been ongoing, with programs organized every Sunday. The meeting decided to organize an extensive drive to establish a dialogue and remember all those who died of Covid as well as those who died as a result of walking home miles during last year's lockdown, the aged and young children who died of hunger, victims of hate killing and mob lynching, communal, castiest or patriarchal violence, police atrocities, sewer deaths etc.

The aim of this campaign is to strengthen the public health system and prevent needless deaths in future due to lack of oxygen, hospitals, medicines and medical equipment, as well as hunger and starvation and natural disasters; and also to prevent loss of life due to repression, atrocities, injustice and hatred and to ensure justice for those who were killed. Condolences for those who died will be held from homes, mohallas, villages, offices, factories, hospitals etc in memory of the loved ones.

State Secretary Kunal said that the government must guarantee vaccination for all age groups within a time period of 3 months, and must promote scientific thinking and take action against those spreading superstition and quack Corona cures like cow dung and cow urine.