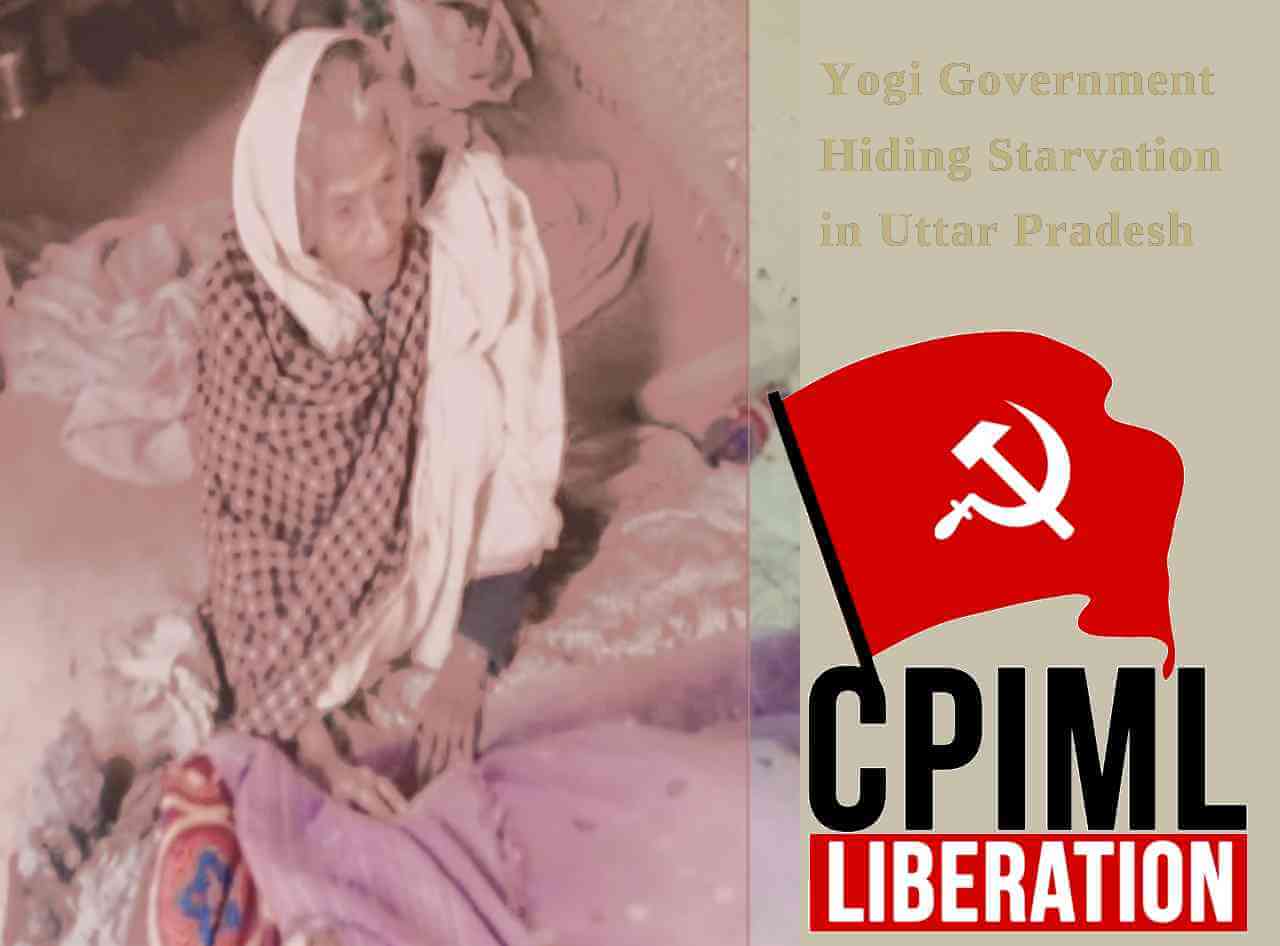 The CPIML Uttar Pradesh State unit said on 18 June that the Yogi government is hiding the hunger and starvation in the State induced by Corona/lockdown. The government announcement of 5 kg food grains per unit is proving insufficient. The recent incidents at Bareilly and Aligarh are clear examples of this.

State Secretary Sudhakar Yadav said that the Yogi government is preventing the true statistics of unemployment and starvation in the same way that it tried to hide the deaths due to the 2nd wave of Covid. The incidents at Bareilly and Aligarh are just a sample. In Bareilly the father of 2 children aged 4 and 6 hanged himself because he lost his job due to the lockdown, and both children remained helpless and starving for 3 days. The neighbours only came to know when the children somehow managed to come out of the closed house and asked for food. In Aligarh Guddi and her 5 children, tormented by hunger for 15 days, were admitted to hospital by good samaritans, where they are battling for life. The father had died earlier and the mother was somehow managing to feed the family by doing small jobs. When she lost her job due to the lockdown she fed her children by requesting others, but gradually this support also was lost to them.

Comrade Sudhakar said that the fact is that during the Corona pandemic the poor have become poorer and the gap between the rich and the poor has widened. The hunger and starvation that has spread in this situation needs to be recognized and addressed so that the lives of the poor can be saved. For this, a mere 5 kg of food grains per unit per month is not enough. The government needs to provide ration kits and cash to all the poor for the entire period of the pandemic. This ration kit should contain 15 kg food grains, dal, edible oil, masalas and vegetables. The financial assistance amount should be Rs 10000 per person. In addition, all the deaths during April-May should be counted as Corona deaths and the families of all the dead should be paid compensation.