Protest against Killing of Woman under Pretext of Witchcraft in Mungeli, Chhattisgarh 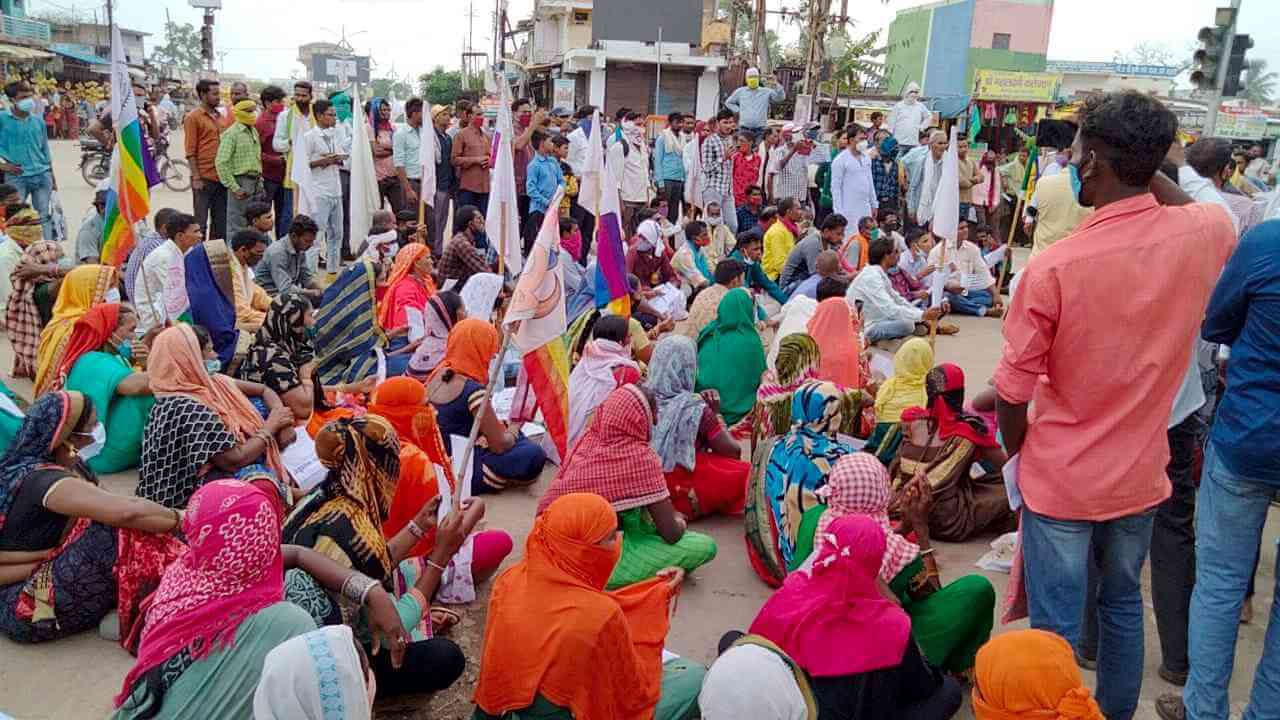 Guru Ghasidas Sewadar Sangh organized a rally and protest meeting to demand action against the killing of Savana Bai Dhruv (62) in village Ghatouli, Lormi Thana, District Mungeli. A memorandum addressed to the Chief Minister was submitted to the Tahsildar. The meeting was addressed by CPIML State Secretary Brijendra Tiwari as well as AAP, BSP, and farmers' organization leaders. The meeting was conducted by GGSS leader Lakhan Subodh.

Savana Bai was beaten and burnt on 14 June under the pretext of witchcraft and she died on 19 June in a Raipur hospital. On the complaint of the victim's daughter and sister a case was registered only under the Chhattisgarh Witchcraft Act. Before her death, the victim had gone to file a report with the police but the latter refused to record her complaint.

The police have arrested 9 accused persons but not the accused Pragyesh Tiwari alias Bablu. The memorandum demands that legal action should be taken against the Chowki Chief and Thana Lormi officials and personnel who failed to take action on the victim's prior complaints. Action should also be taken against the police officer responsible for showing wrong facts in FIR No. 197/2021 Thana Lormi, Mungeli District. Charges should be framed under Section 302 of IPC and SC/ST Act 1989 against all the named accused persons. Safety of the family members of the victim, especially daughter Yashoda Bai and sister Nirmala Netam, should be ensured.