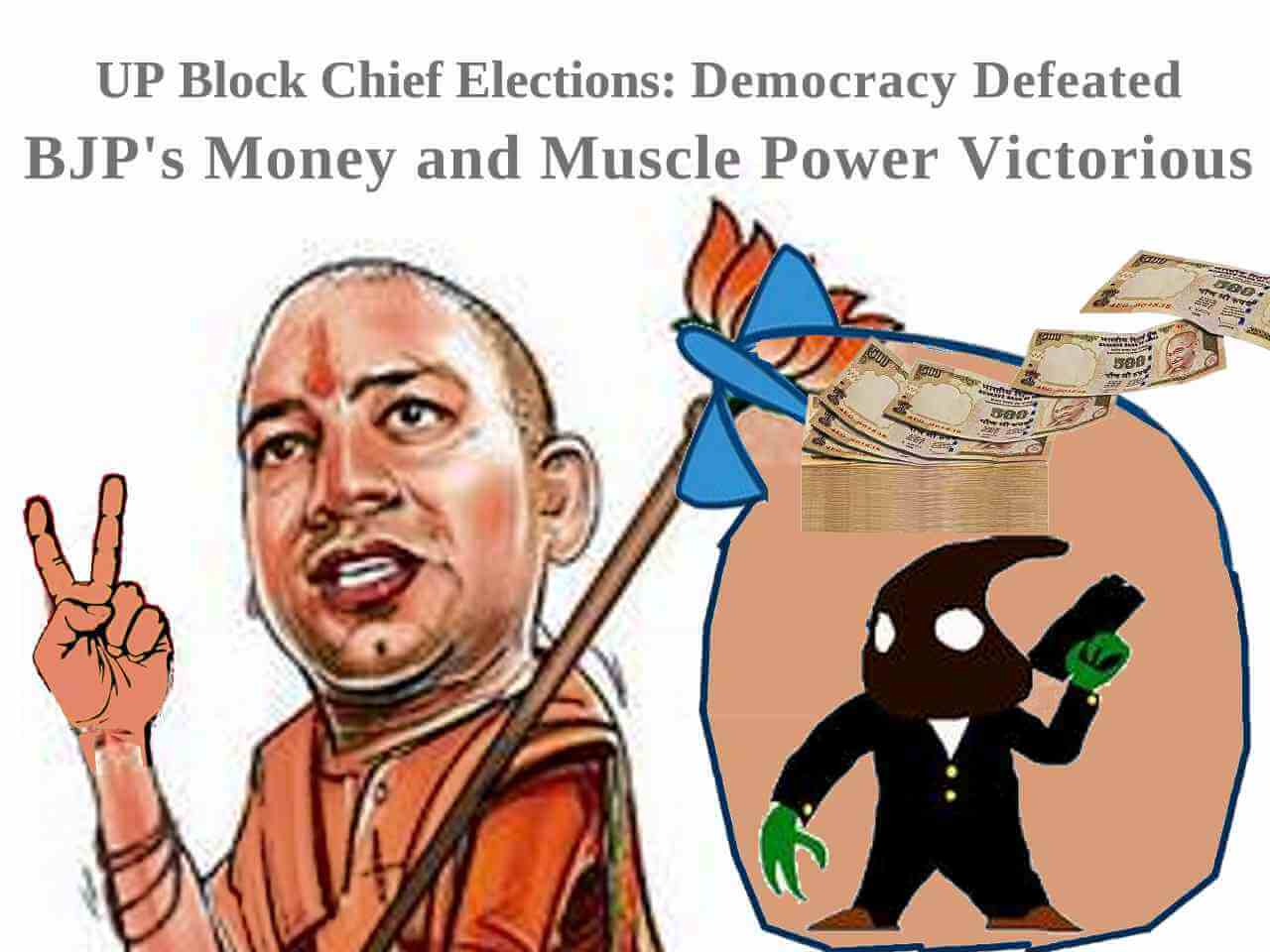 The CPIML Uttar Pradesh state unit said that the results of the Block Chief elections on 10 July are a victory for BJP's money and muscle power and a defeat for democracy.

The party said that the ruling party has made a mockery of elections and looted the elections. What is the point of such elections, where opposition candidates have been prevented from filing nominations, kidnapped, women candidates and their supporters humiliated with indignities, police used for protecting ruling party goons, voters bribed, and administrative repression resorted to for looting votes?

The party said that the State Election Commission was blind while all this was happening and the Yogi government has hijacked whatever little autonomy the SEC had remaining. The way in which the Yogi government has trampled upon the Constitution in the District and Block Chief elections while sworn under the oath of the Constitution, has shamed the entire state. The Yogi government can pat itself on the back over these victories till the cows come home, but the truth cannot be hidden that this government is a blot on democracy and must be thrown out of power. Then and only then can law and order be restored in the state.