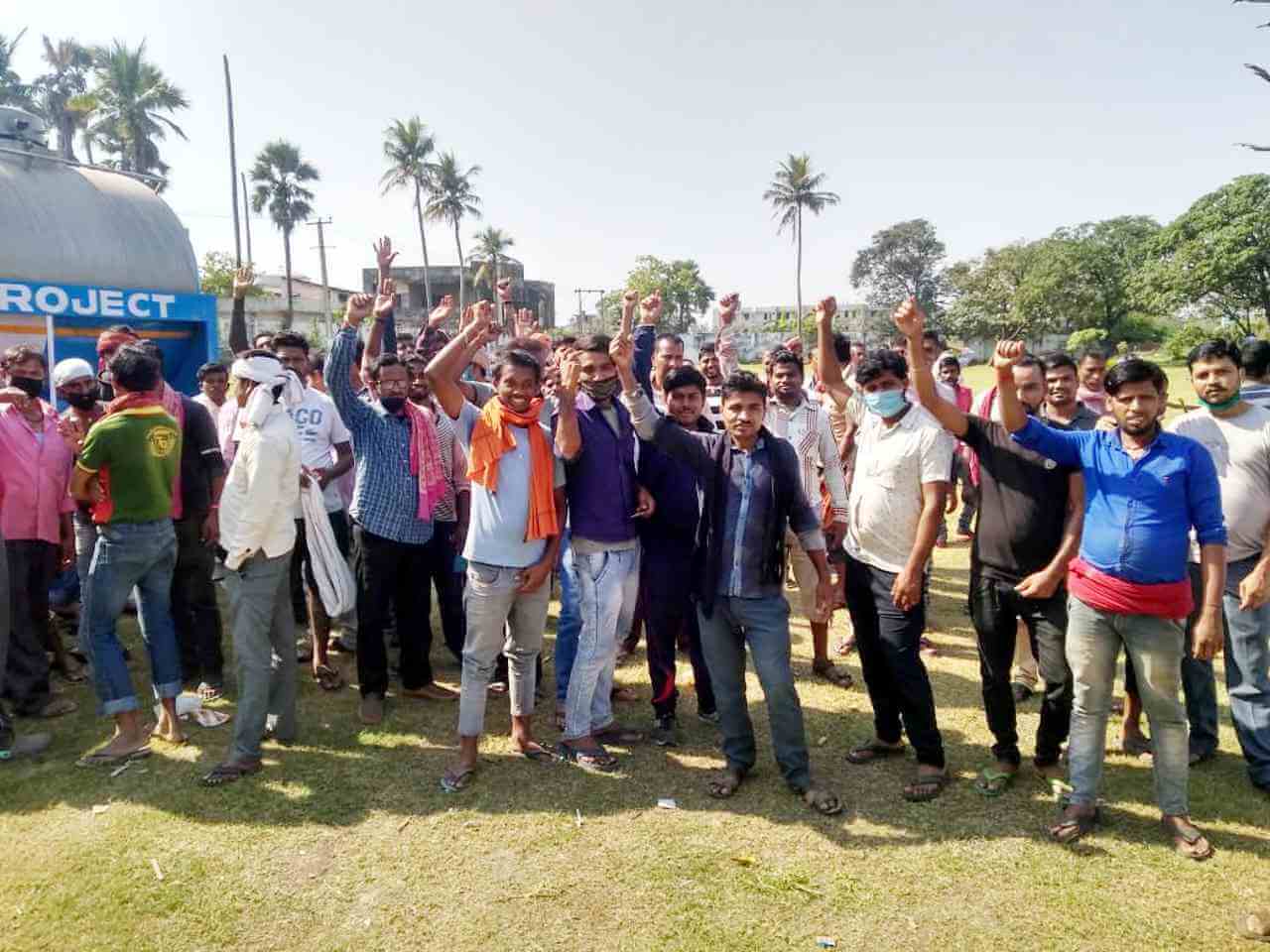 Hundreds of workers from the Patna Private Vehicle Drivers and Workers Union affiliated to AICCTU engaged in milk supply work at Sudha Dairy in Phulwarisharif obstructed milk supply from the morning of 12 July, demanding an apology from Sudha milk distributor Satyendra Singh for insulting worker Manohar Kumar. Milk supply was resumed 2 hours late at around 12 noon after Satyendra Singh publicly apologized for his conduct.

Speaking on the matter, AICCTU State Secretary and Sudha Dairy Union President Ranvijay Kumar said that after Sudha milk distributor Satyendra Singh insulted Manohar Kumar on 11 July, the workers were enraged and demanded an apology. The strike, with slogans against the management and Satyendra Singh, was successful and milk supply resumed at 12 noon after Satyendra Singh publicly apologized.

The incident occurred on 11 July when Manohar Kumar went to the distributor's office in Baans Ghat to ask for 2 vehicles instead of 1 to supply 400 crates of milk. At this Satyendra Singh grabbed Manohar Kumar's collar, abused him and threatened him with 'I will see to you'.

Labour leader Ranvijay charged the Dairy management with overloading milk vehicles beyond capacity and not paying extra wages for the overload as per the decision by the dairy management 6 months ago. In addition, workers are being harassed and repressed frequently.