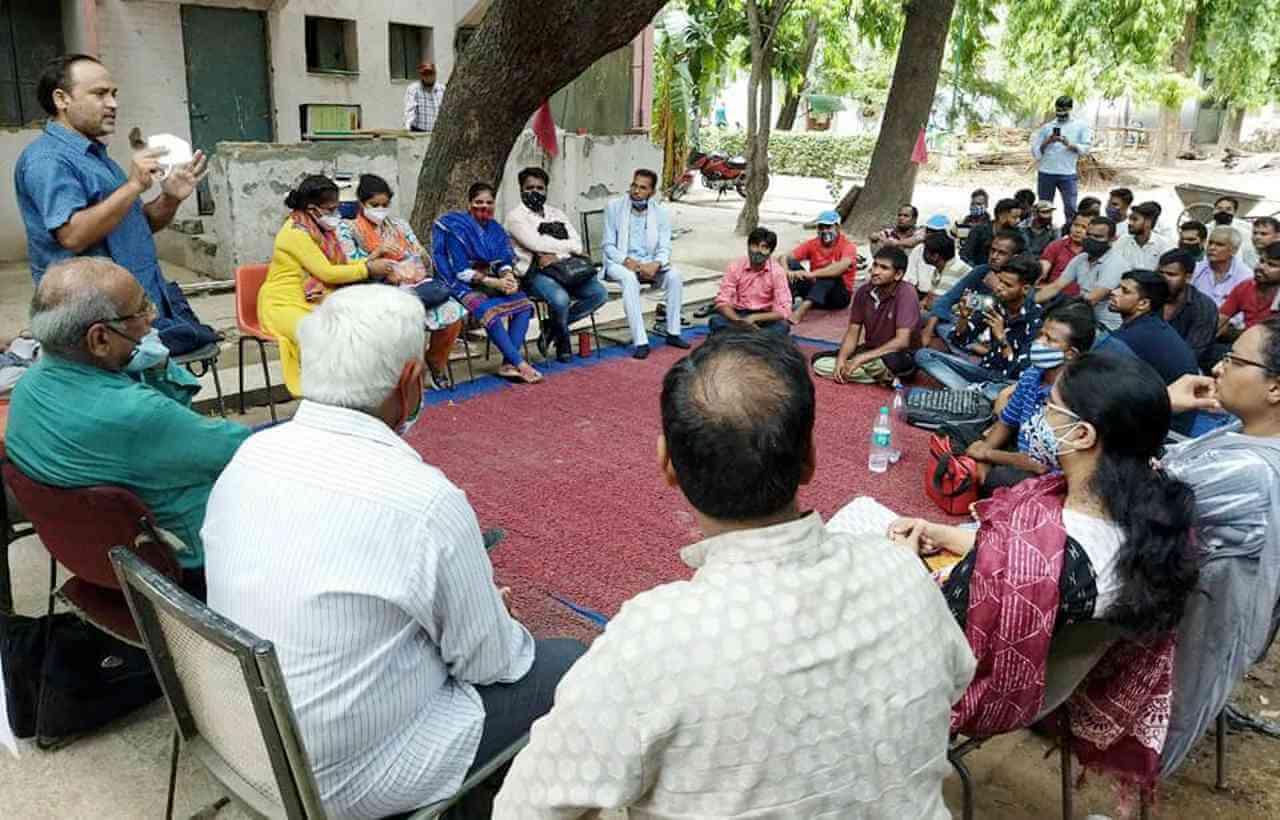 The recent victory of RAKCON contract workers marks a significant milestone in the midst of the COVID pandemic, the criminal negligence of the central government and anti-people laws being passed by Parliament. It is to be known that on February 1, 2021, about 40 contractual employees were fired from 'Rajkumari Amrit Kaur College of Nursing' located in Moolchand Hospital, Delhi without any notice. Since then, the employees were constantly struggling. All these employees were taken back to work in the first week of July.

Workers' strike continued, the workers picketed at the college gate for three months after their termination. Meanwhile, the employees continued to be threatened by the management and the local police, but their dharna went on till the lock-down was imposed. The Delhi High Court had ordered the re-joining of the employees on 9 February itself, but despite this, the college management and the contractor did not hire the fired employees.

All the employees were put back to work in the month of July only after the relentless struggle of the contract employees and the warning of punitive action by the High Court.

In the era of Corona, when there are reports of layoffs from most of the institutions, this victory for these employees is very important. This shows that in spite of all the difficulties, if the workers maintain their unity, then success is definitely achieved.

Addressing the meeting, Union President Com. Surya Prakash said that the contract employees of RAKCON also gave a lot of support to the First Aid Desk run for the agitating farmers, at Singhu Border. They also participated in the movement of sanitation workers in Jawaharlal Nehru University. RAKCON's employees have fought their battles, tried to co-operate as much as possible in struggles elsewhere - that's our victory in the true sense. He urged all the employees to intensify the struggle of the contract employees at Delhi level, calling them to be ready for the challenges ahead.