CPI(ML) protests against the Pegasus Snooping 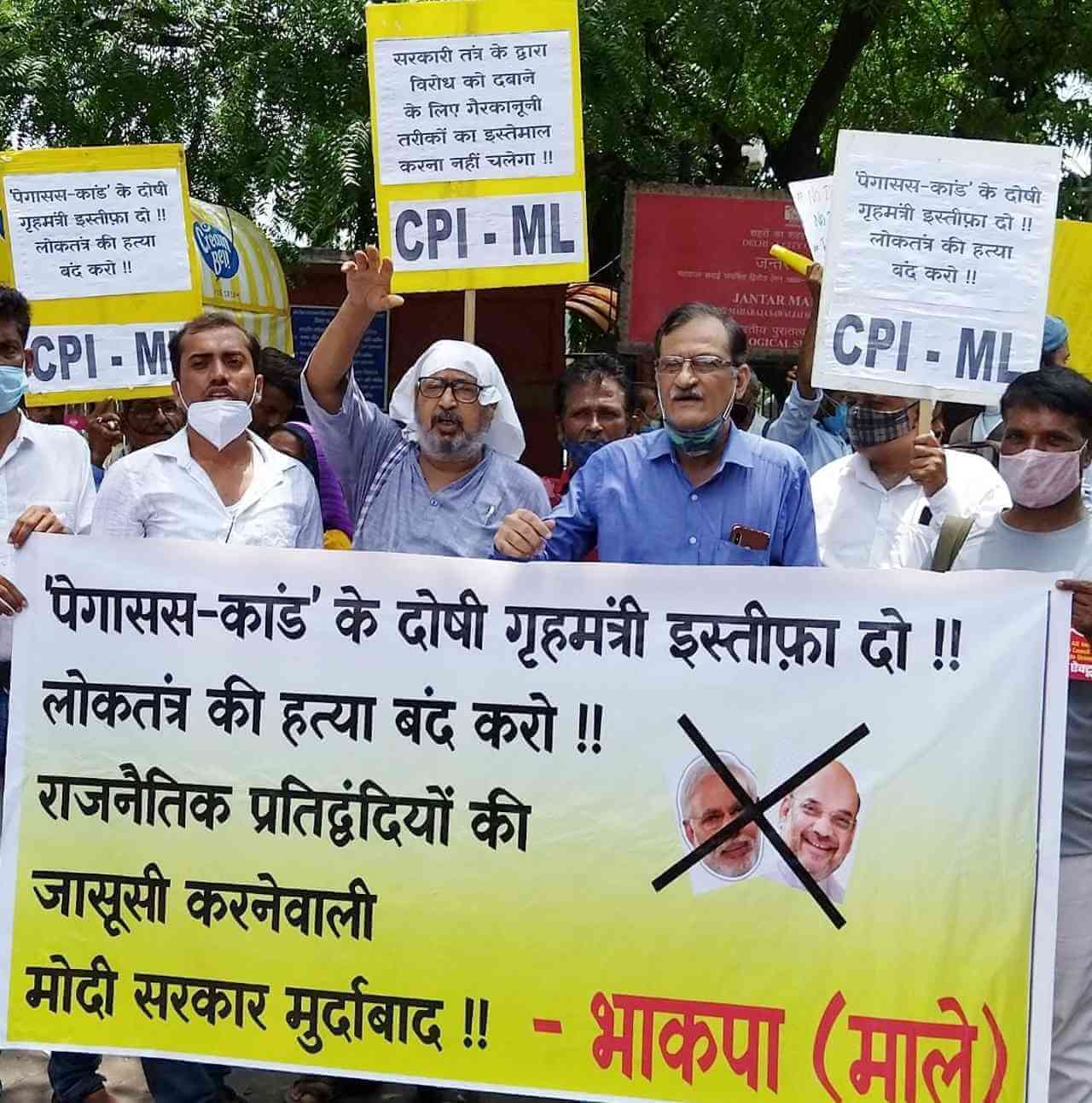 CPI (ML) Delhi organised a Protest Demonstration at Jantar Mantar on 26 July, questioning the role of the Union Government in the recent Pegasus expose. The specific demands raised in the Protest Demo were:

All related governments in different countries have called for independent inquiries ever since the alleged snooping through Pegasus appeared on the surface. Indian Government, in an isolated case of exception, kept on denying any such incidents. The discrepancy in the various statements made by different officials from the Government has made it clear that the Government is hiding the truth from its citizens. In its oft-repeated and patented pattern, they have attempted to paint this news as 'another attempt to 'discredit India'. However, whether or not the Indian Government purchased this malware was never denied from any official channel.

Delhi CPIML Secretary Ravi Rai addressed the protesters where he asked that none of the statements made by the Government so far justify the Government Inaction to find out who bought this malware to spy on Indian citizens? We need an answer to why our Government is reluctant to investigate and identify those beyond this breach of security, he said.

Members of CPIML, AISA and  AICCTU participated in the protest.