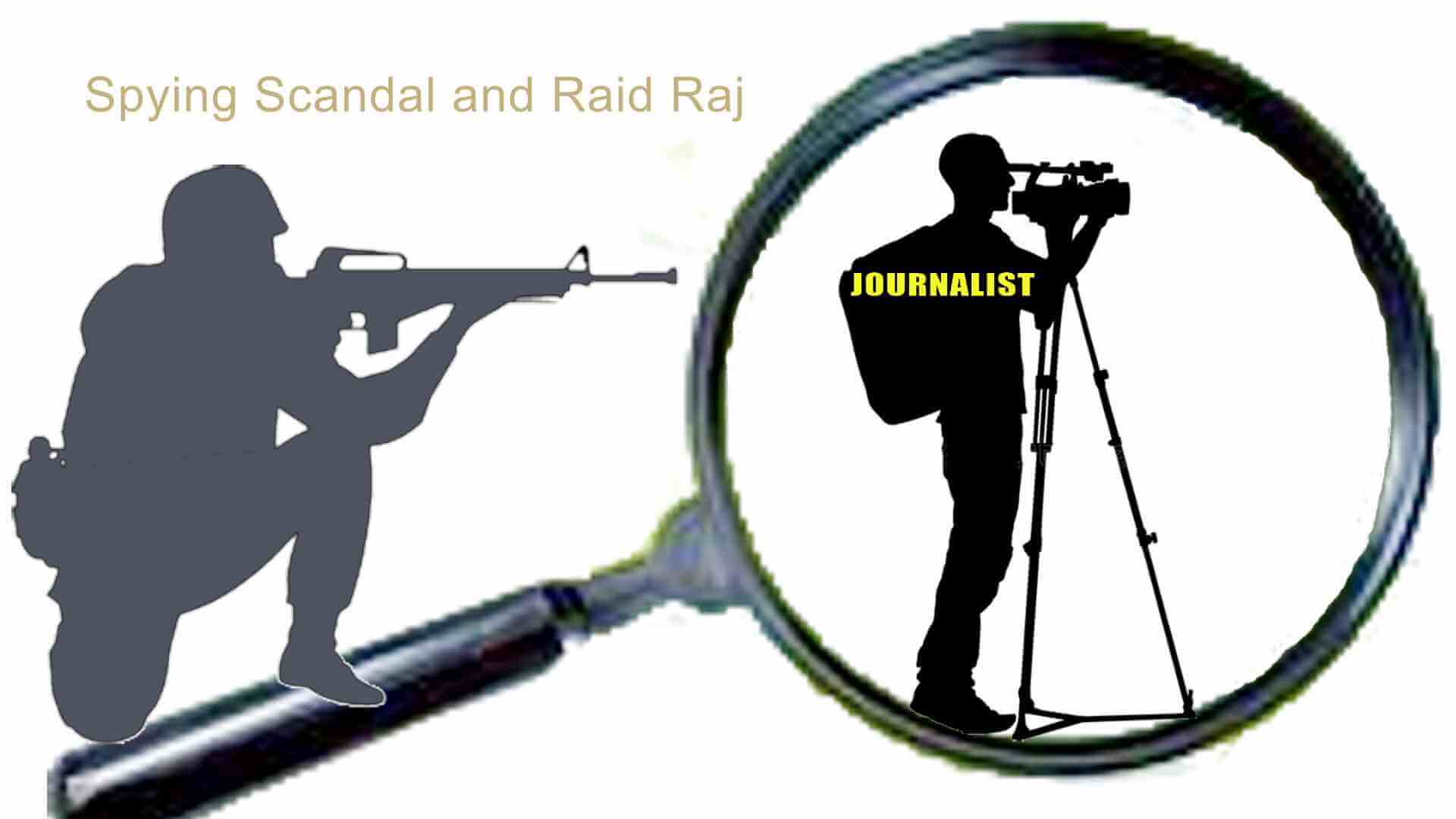 The Modi Government’s response to the unfolding revelations of spying on Indian citizens using Pegasus software sold by an Israeli company, reeks of guilt. What the government is saying, in the voices of its Ministers is: “You cannot prove we used Pegasus for spying. But any spying we did was legal. So many countries use Pegasus, why focus on India? The Pegasus Project investigation is a conspiracy to defame BJP and the Government of India. Anyway why should we tell anyone what software we use to spy on Maoists?” In all these defensive responses, it is glaringly noticeable that the Government is unable to say clearly that they did not buy and use Pegasus. If they did buy Pegasus and use it in legally defensible ways, why not say so?

The list of Indian targets for spying using Pegasus software include high-ups in India’s Army, defence and intelligence establishment; a sitting judge of the Supreme Court; Opposition leaders; Cabinet Ministers; high-ups in the Central Bureau of Investigation; a large number of journalists; a large number of activists; 60 women including a sexual harassment complainant and other women who had no public profile. Where was the decision taken to use Pegasus so indiscriminately at the rate of Rs 1.5 crore per phone? Who took decisions about which citizens to target and why – and were such decisions ever vetted and ratified by any Constitutional authority? Why was an Israeli company with close ties to the Israeli state given access to data belonging to Indian citizens including persons in sensitive positions in the Army, intelligence, politics, government, and judiciary? Why is the Government of India averse to giving the Parliament and the public answers to these questions.

Cabinet Minister Meenakshi Lekhi retorted that the Government is not obliged to tell anyone what software they use to spy on “Maoists”. On what basis does the Government of India brand journalists, Opposition leader, judges, sexual harassment complainants, human rights defenders; its own Ministers, and Army officers as “Maoists”? It is clear that “Maoist” is the Government’s code word for anyone whom the ruling party perceives as an opponent. The spying is a witch-hunt. Information is power: so spying on personal lives of these citizens is also a means of allowing the ruling party to exercise power and control over journalists, judiciary, armed forces, Opposition politicians and activists. And a country in which journalists, judiciary, armed forces, Opposition and human rights defenders have to fear the ruling party, is no democracy.

Journalists asking questions about government policy making, corruption or human rights violations are being branded “anti-national” and deserving of illegal spying by the Modi regime. Asking questions about Pegasus spying is branded by the Modi regime as “anti-national.” Likewise, journalists and media houses that covered Covid deaths and challenged the Government’s cover-up of the real number of Covid deaths are being subjected to Income Tax raids as punishment and warning to fall in line. The Dainik Bhaskar newspaper and Bharat Samachar television channel were among the few Hindi media outlets that sincerely covered the Covid-19 second wave, including the deadly oxygen shortage, and the true numbers of Covid victims.

In fact, the national editor of Dainik Bhaskar had written an op-ed in the New York Times, titled “ The Ganga Is Returning the Dead. It Does Not Lie’. In that piece he minced no words, indicting “the Modi government’s callous disregard that triggered” the second wave by holding the Kumbh Mela and the UP CM’s resort to “denials and threats” when faced with “grave shortages of oxygen, ventilators and beds in intensive care units throughout the state and to the images of overcrowded cemeteries and crematories”. And he wrote his paper’s investigative reporters who found 2000 bodies floating in the Ganga; 70 bodies washed up on its shores; and 4000 bodies buried in shallow graves on the Ganga’s banks. The fact that the Dainik Bhaskar did what journalists are supposed to do, is what has incurred the wrath of the Modi regime.

The people of India deserve to know the truth: about Covid deaths and about Pegasus spying. Every single Covid death must be counted, and victims’ family members compensated. The investigation panel set up by the West Bengal Government to look into the Pegasus spying scandal, headed by retired SC judge Madan Lokur and a retired judge of the Calcutta HC, is welcome. Leading journalists have approached the Supreme Court seeking an enquiry. Even if the Modi regime displays its guilt by its unwillingness to investigate the Pegasus spying scandal, an impartial and thorough investigation must take place, and every act of hacking and sharing of sensitive private data with a foreign agency must be punished.