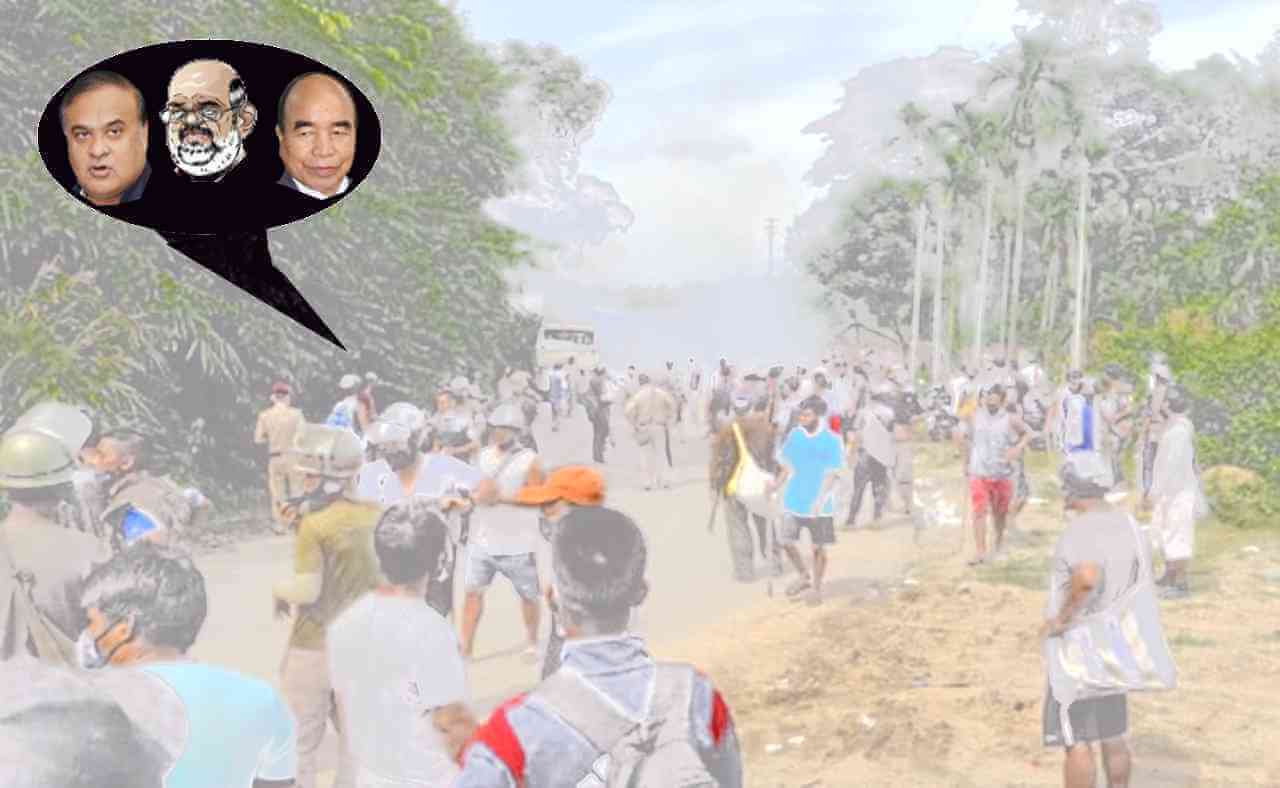 A bloody clash at the border between Assam and Mizoram which has resulted in the deaths of five Assam policemen and injured civilians on both sides, has ensued on the heels of a visit to the North East by Union Home Minister Amit Shah. Assam is ruled by the BJP while Mizoram is ruled by a BJP ally, the MNF.

Amit Shah met with both leaders at Shillong and declared that the old festering disputes would be resolved in the spirit of the North Eastern Democratic Alliance – an alliance of anti-Congress parties spearheaded by the BJP in 2016. Why did an Assam Police team unilaterally visit the disputed site at the Assam-Mizoram border Immediately following Shah’s visit? Surely such a visit could only be authorised by the Assam Chief Minister? Why could the CMs of both states not cooperate to deescalate the situation and prevent violence?

The BJP boasts of “double engine governments” – with BJP-NDA in power both at the Centre and the states. In fact, the combination of BJP in power at the Centre and BJP-NDA in power in two neighbouring states in the NE, has resulted in this shameful violence. The flaring up of this border conflict is a direct result of BJP’s hegemonic ambitions in the North East. The Chief Ministers of Assam and Mizoram as well as the Union Home Minister, are responsible for the clash. Border disputes between states must be settled amicably without provocations, muscle-flexing, or violence.