Left Parties Come Out to Save Farming, Democracy 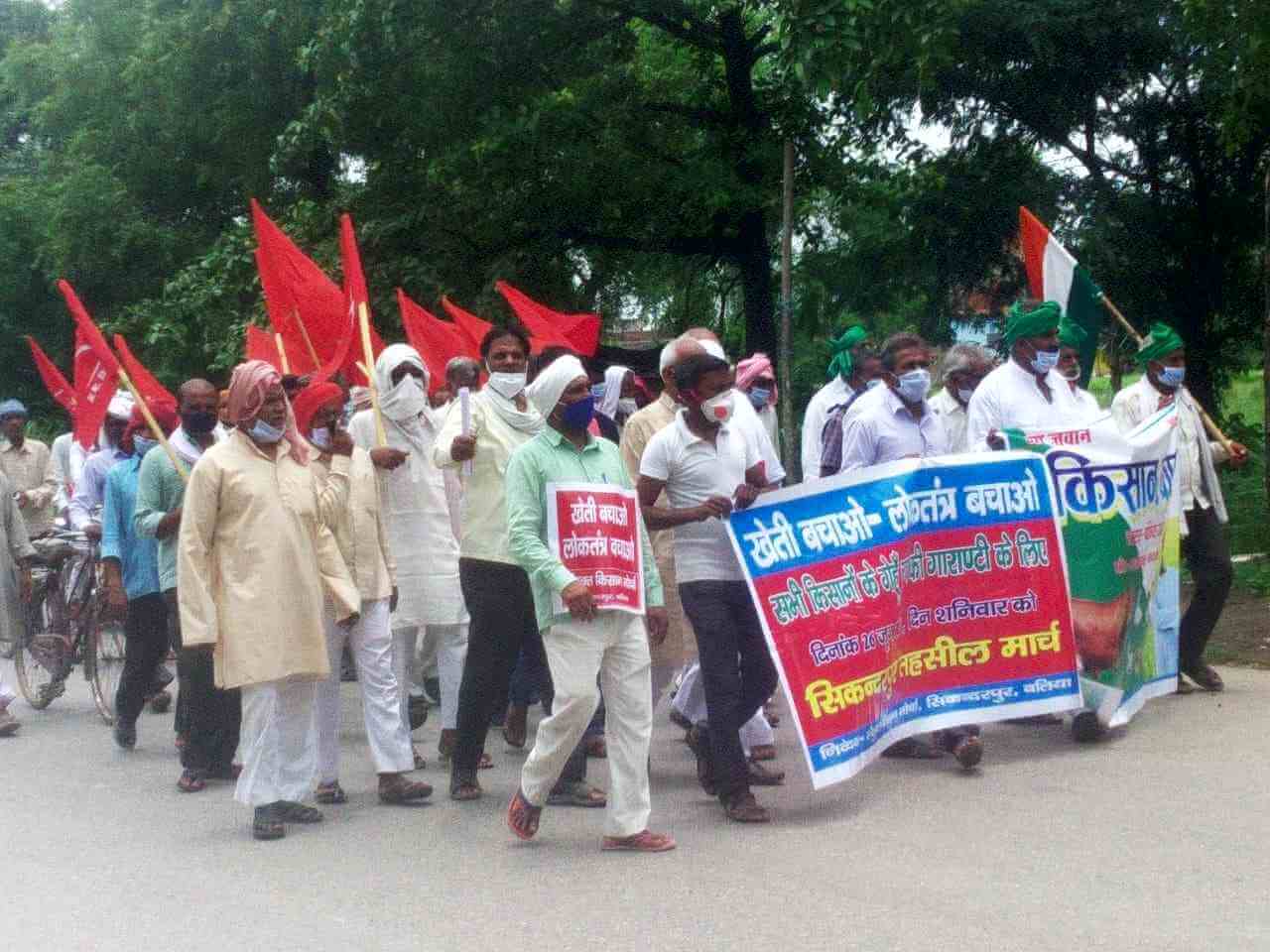 Left parties supported the call by farmers' organizations to observe 26 June as Save Farming-Save Democracy Day and organized protests across states for repeal of the 3 black farm laws, guarantee of MSP Act, withdrawal of Electricity Bill 2020 and other demands to mark Emergency Day, kisan leader Swami Sahajananda Saraswati’s death anniversary, and completion of 7 months of farmers’ protests at the Delhi borders. The protests resounded with the slogan ‘Save Farming, Save Democracy’.

In UP, about 24 farmers’ organizations including the All India Kisan Mahasabha organized a march from the historic Begum Hazratmahal Park to Raj Bhavan in Lucknow. The march was stopped by the police half-way and the protests continued on the spot, after which a memorandum was sent to the President through the administration. The march was attended by farm leaders and activists including AIKM State Secretary Purushottam Sharma, State General Secretary Ishwari Kushwaha, CPIML District in-charge Ramesh Singh Sengar, State Committee member Rajiv Kushwaha and others.

Protests were also held at various Blocks and Tehsils in Ballia, Devaria, Banaras, Chandauli, Naugarh, Azamgarh, Rae Bareli, Allahabad, Sitapur, Lakhimpur Kheeri, Mathura, Mainpuri and other Districts and memorandums were submitted to the administration addressed to the President. The protests were addressed by farm leaders and activists and attended by large numbers of farmers and citizens who demanded that the government must listen to farmers’ voices and repeal the 3 black farm laws, guarantee MSP and withdraw the Electricity Bill 2020.