Baghmati Embankment Construction Will Destroy the River and the Lands 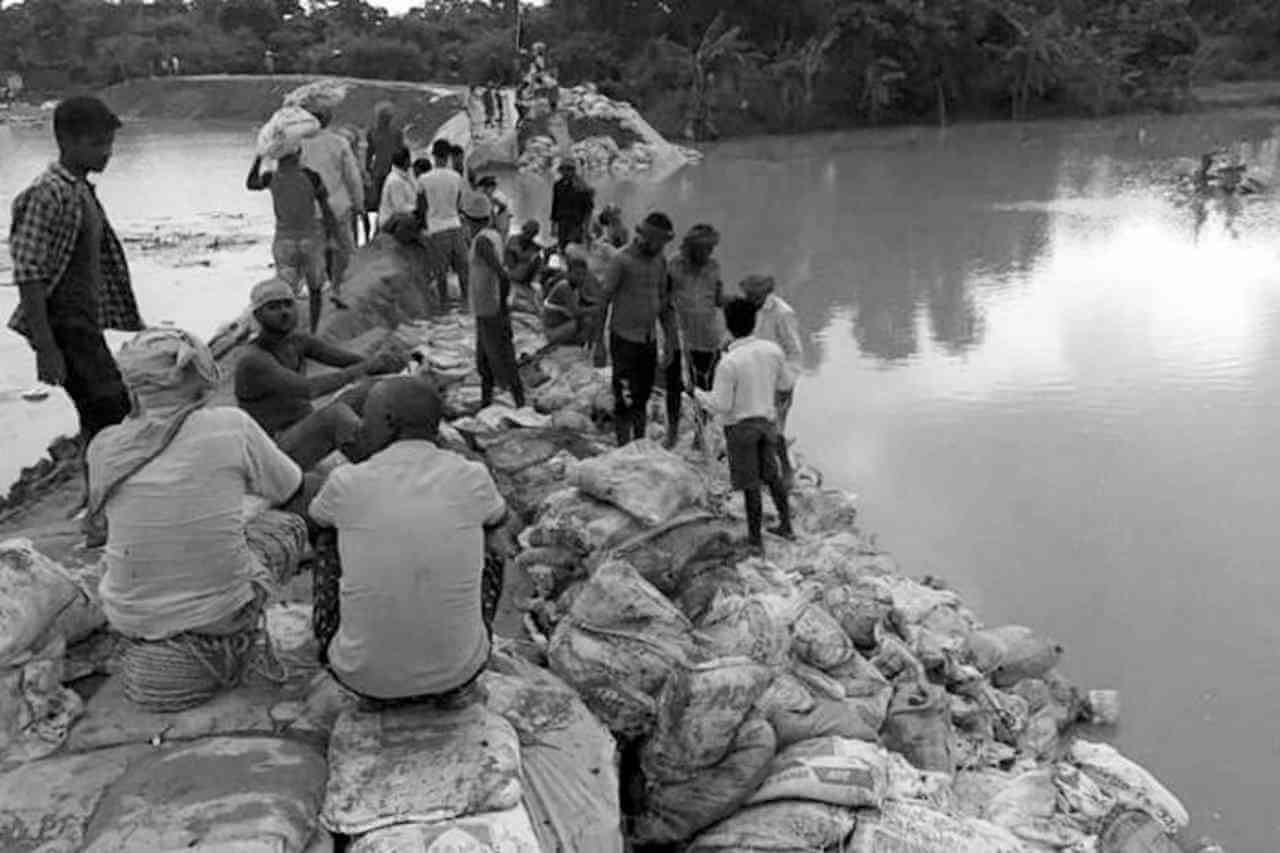 The Chaas Vaas Jeevan Bachao Baghmati Sangharsh Morcha had organized a struggle against the construction of the proposed destructive embankment on the River Baghmati in the Muzaffarpur-Darbhanga-Samastipur region, and the intensity of that people's struggle had forced the government to form a special review committee.

But before the review committee report could come, a tender has been issued for construction of the embankment, under pressure from the contractors' lobby. This is playing with the life of the river and a betrayal of the people's feelings. The Sangharsh Morcha has demanded to withdraw this tender and to extend the review committee's term. Moreover, this committee should be given the required resources and directed to submit its report at the earliest.

Construction of this embankment will convert lakhs of hectares of land into a huge heap of sand and about 70 villages will be submerged. Meenapur, Bochahan, Gayaghat, Bandara and Muroul will be situated between the Baghmati and Budhi Gandak embankments. Total mayhem will result if either of the two embankments breaks.

The proposed embankment will cross NH 57 at Beniwad and only 3 bridges are proposed. This will affect the water flow, cause water stagnation and result in destruction. The Bihar government talks of protecting rivers through the Jal Jeevan Hariyali scheme but goes ahead with such projects that destroy rivers. The Baghmati river is not just a single river but a confluence of several streams. The embankment construction will thus kill many rivers. Keeping this in mind, the 4 decade old Baghmati project needs to be reviewed afresh.

It will be extremely unfortunate if the government does not take immediate measures in this direction. The government must give orders without delay to stop this new process for the embankment construction.