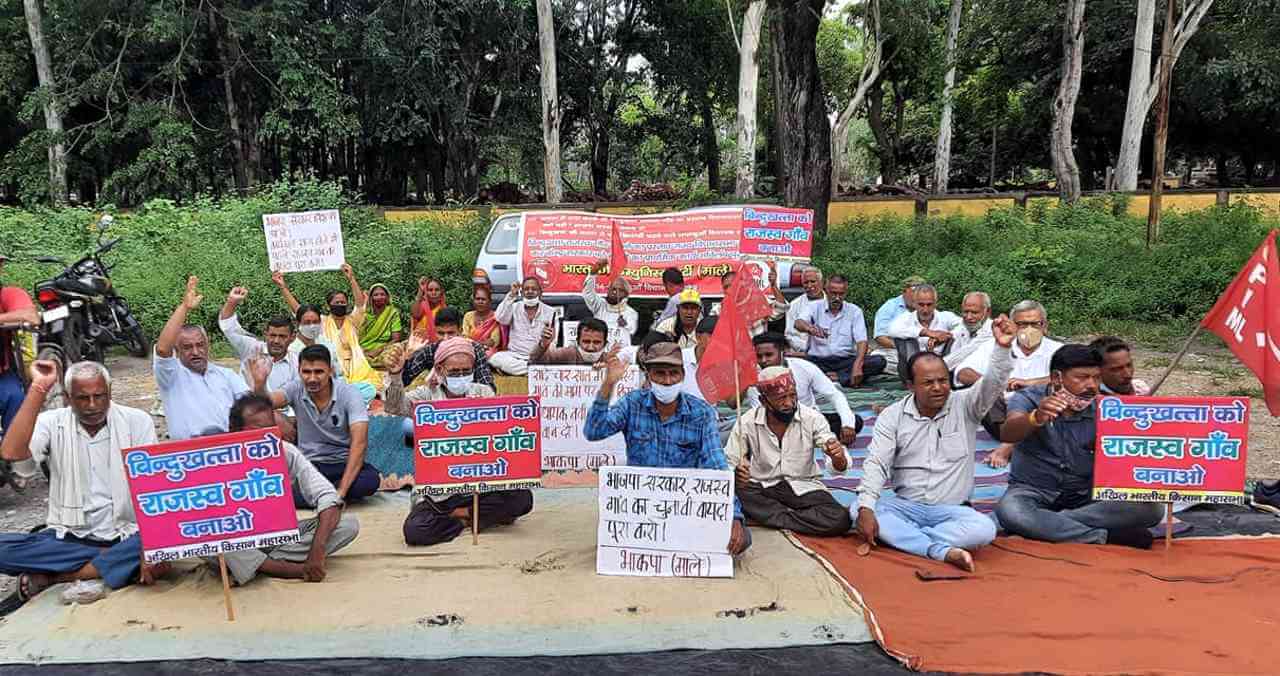 Addressing the dharna AIKM and CPIML leaders including Purushottam Sharma, Bahadur Singh Jangi, Dr Kailash Pandey, Lalit Matiyali and others said that the government and Lalkuan MLA Naveen Dumka must answer the people why they have not only broken their promise but also completely sidelined the issue of making Bindukhatta a revenue village. The government has also failed to keep its promise on the Gola river embankment, Century Mill pollution, employment, electricity, water problem, fair price for agricultural products, and implementation of government schemes. The people will give a befitting reply to these betrayals.

The dharna also passed a resolution to make the Bharat Bandh called by farmers' organizations against the 3 black farm laws on 27 September a resounding success. The dharna was attended by a large number of people including CPIML and AIKM leaders and activists and the people of Bindukhatta.