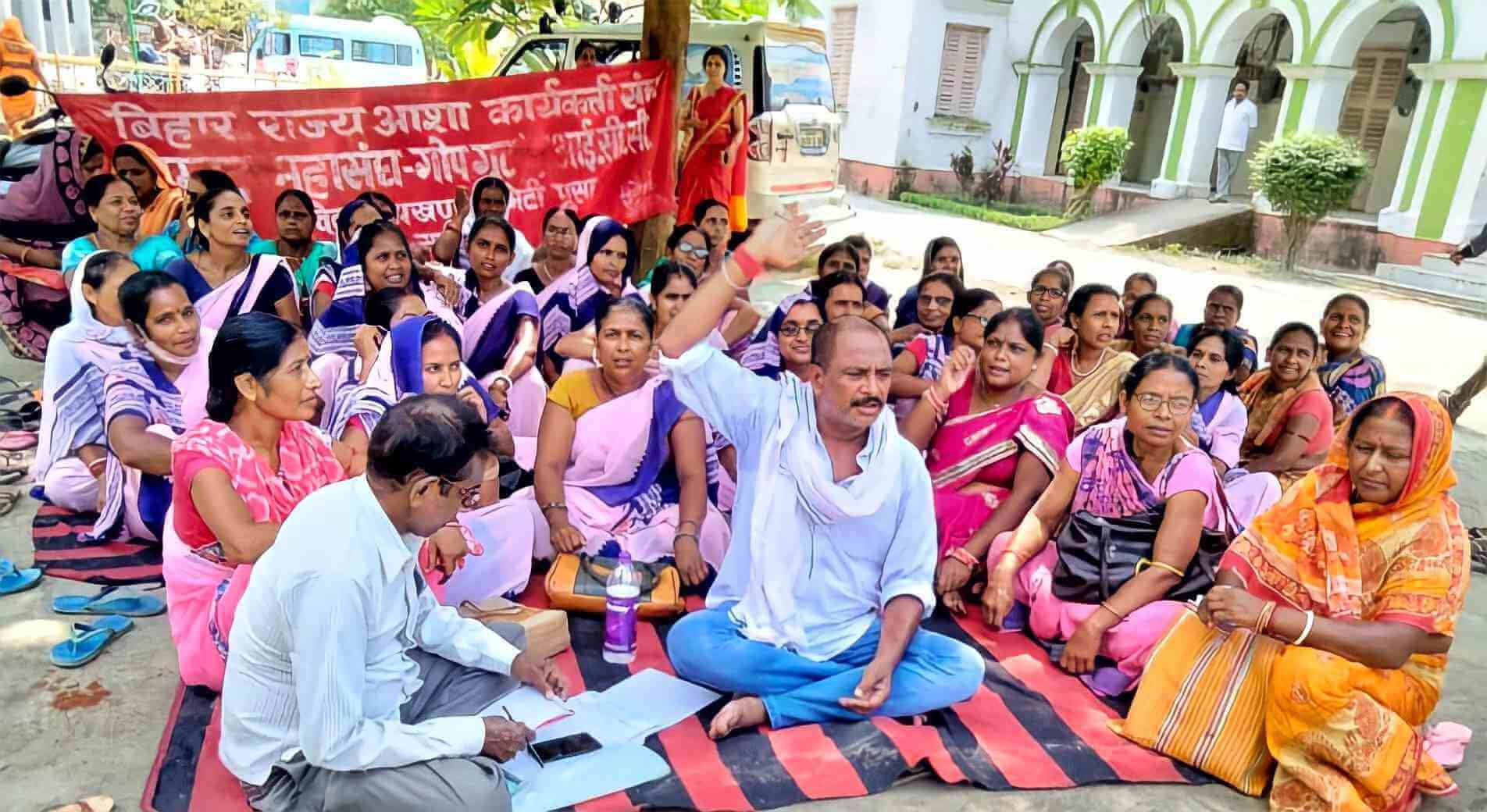 Bihar Rajya Vidyalaya Rasoiya Sangh (AICCTU), Bihar Rajya Vidyalaya Sangh (AITUC)' Bihar Rajya Mid Day Meal Workers Union--Rasoiya (CITU) and Bihar Rajya Madhyanh Bhojan Yojana Karmchari Union (AIUTUC) issued a joint statement opposing the change of name from Mid Day Meal Scheme to Pradhan Mantri Poshan Yojana and also expressing astonishment that this scheme has been 'extended for 5 years'. Leaders from the above organizations Saroj Chaube, Ramakant Akela, Vinod Kumar and Suryakar Jitendra had a moot question for the government, are 5 years sufficient to eradicate malnutrition in children? They also asked, if as per the proposal approved by the economic affairs committee Self Help Groups are to be given priority in the running of the Mid Day meal scheme, what will happen to the lakhs of Rasoiyas working across the country? There is a deathly silence on this issue. The government must guarantee the economic future of these lakhs of Rasoiyas.

On 24 September Rasoiya organizations under the banner of All India Scheme Workers Platform organized a strike against the NGO-ization of the Mid Day Meal scheme and submitted a memorandum to the Prime Minister. However, instead of considering the demands in the memorandum, an order was issued removing the Rasoiyas.

Schools reopened from 16 August but preparation of meals in schools has not started.

The Mid Day meal scheme was started in compliance with Supreme Court orders and 2.5 lakh Rasoiyas we re-employed in the scheme. During Covid times they served the people regardless of risk to their own lives; they prepared food in quarantine centres for which they have not yet been paid. Now the government is playing with their future in this way, although they had worked for months together and served children and schools without even regular honorarium. If the government continues with this injustice, Rasoiya organizations will be forced to fight a decisive battle.