Sale of Air India is a Free Gift to Tata : Central Trade Unions 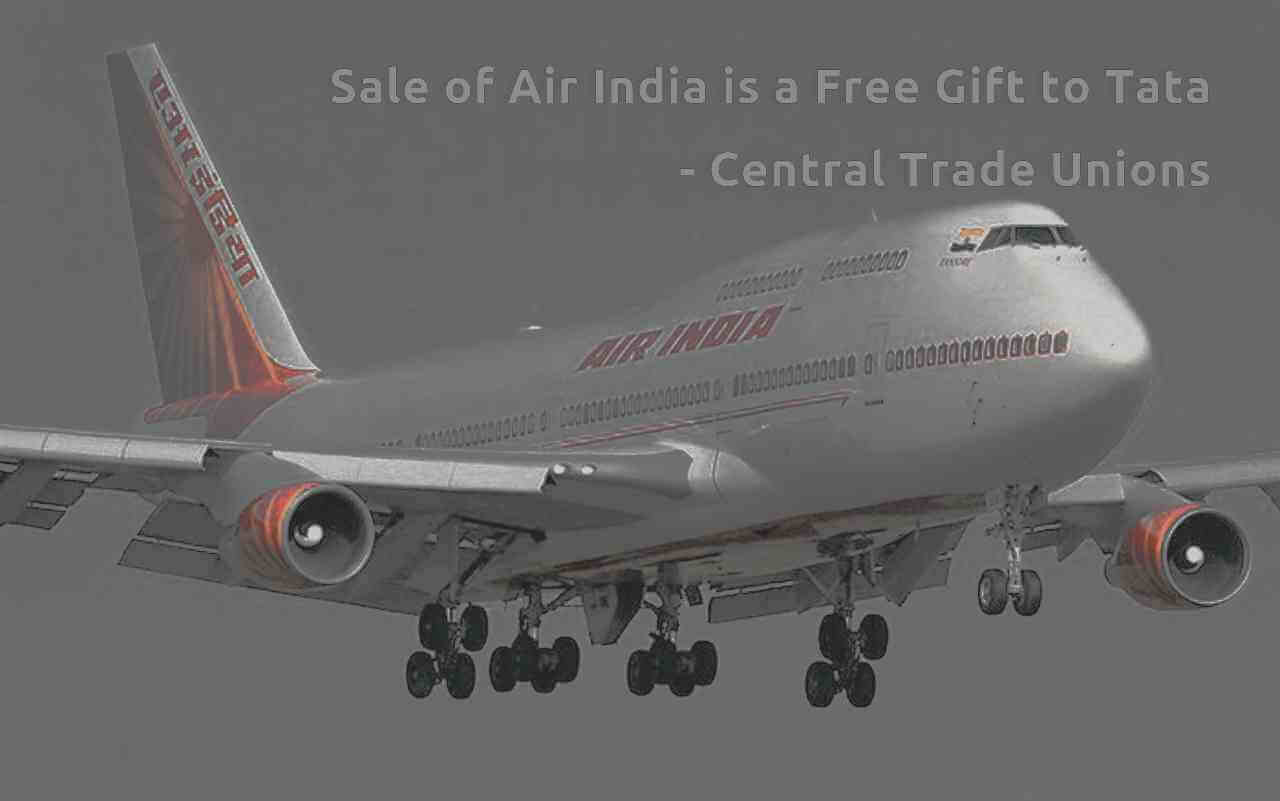 The joint platform of the Central Trade Unions, independent federations and associations deplore the sale of Air India, the only air carrier with the Govt. in too less an amount than what has gone into building it up for decades into making it a giant carrier. Since its nationalisation in 1953 lakhs of crores were infused from national exchequer to expand its asset base, huge fleet of aircrafts and properties, both in the country and abroad. Only in 2009-10, Rs 1,10,000 crore was infused in Air India by Govt. comprising of Rs 58000 crore cash support and rest through Govt. guarantee on credit. Now the sale-deal with Tata envisages that Govt. will absorb Rs 46,262 crore of the Rs 67000 crore debt burden of Air India but the assets created by such debt will be handed over to Tata in lieu of only Rs 18000 crore. This is virtually a free gift of the National Career to Tata and demonstrated worst ever perverted economic deal for frittering away national asset in favour of their corporate masters. Now the government has moved ahead for selling the four subsidiaries also.

The government is silent about how it's own policies of handing over profitable routes to their cronies, buying a huge fleet of aircraft when not needed, brought the air carrier to this pass. India will be perhaps among the few countries, where Govt. will not own its air carrier.

Those serving would be adversely affected as the workers are given protection for one year only. Large number of employees are in the age group of 40-55 years which renders them ineligible for jobs in other companies. The fall out is not only the assets created over decades with public money being sold out cheap but it would be harming the public interest as well.

The CTUs have reminded of the contributions and important role national carrier had to play in times of need, like the hundreds of flights Air India made to lift one lac Indians back home during Gulf war. It is this carrier which brought Indian citizens home stranded abroad in precarious situations due to Covid-19. It is Air India which was used in helping people in natural disasters like earth quakes, heavy floods, avalanches in hill areas etc. It is not only the disastrous policies of the Government for every asset which is in public sector to be sold but is a policy which goes against people's interest and is anti-national.