Protests in Uttar Pradesh against Inflation and Black Marketing of Fertilizers 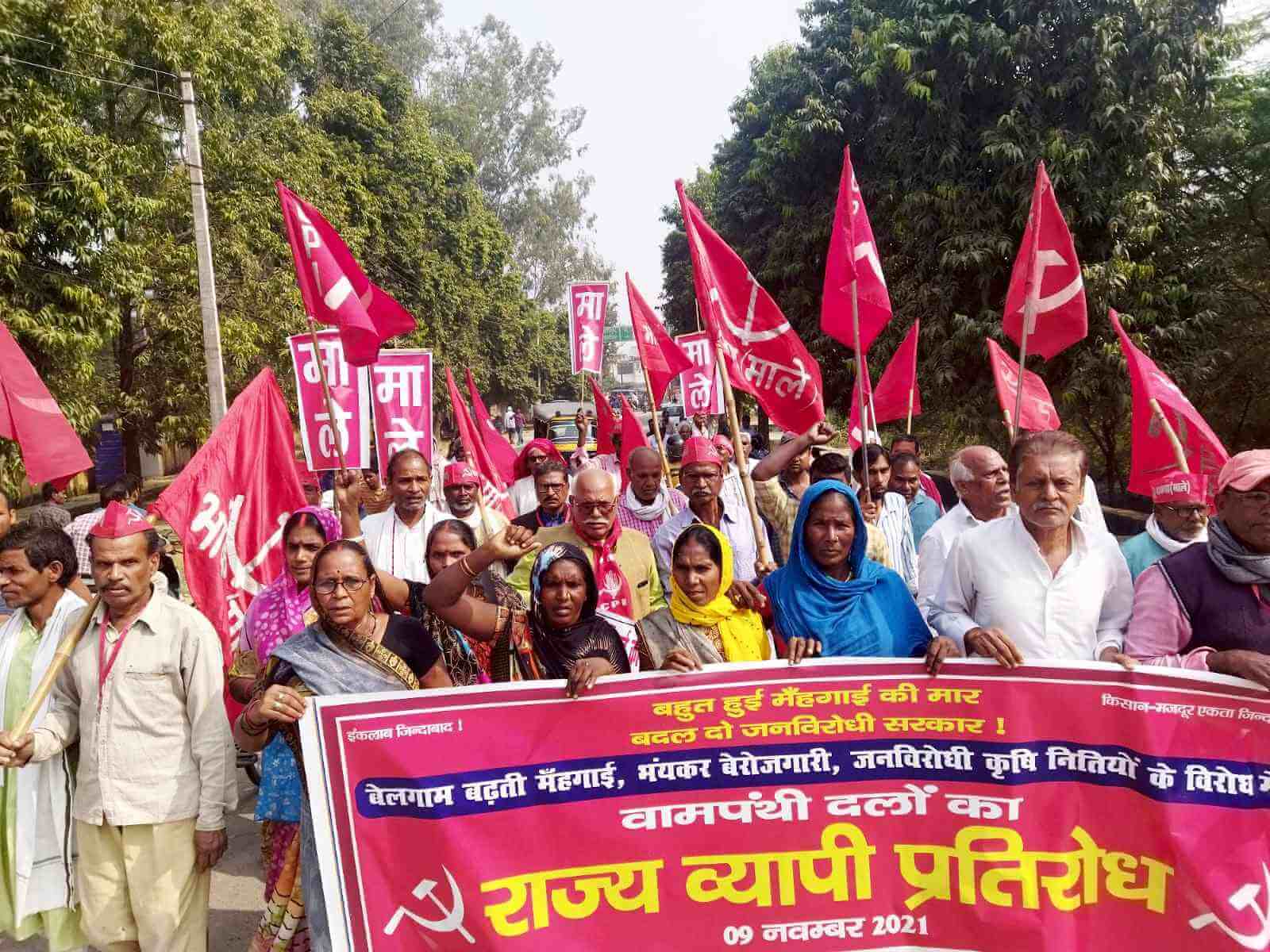 Protests were organized across Uttar Pradesh at the joint call given by Left parties on 9 November against skyrocketing prices of LPG, petrol-diesel and food items and black-marketing of fertilizers. Protests were held in various Districts and memorandums were submitted to the President. Paddy is not being procured in Uttar Pradesh at the MSP price. Due to black-marketing of essential fertilizers for the Rabi crops, farmers are forced to buy DAP at an exorbitant cost. CPIML, CPIM, CPI and Lok Jantantrik Dal organized a dharna at Patthar Girija in Allahabad and a 7-point memorandum was sent to the President via the Collector. Speaking at the dharna the Left parties said that the Centre and State governments raised petrol-diesel prices sky high and then reduced them a tiny bit after the bye election trouncing they got, and are now behaving as if they have done the people a great favour. They are deliberately keeping petrol and diesel out of the GST ambit. The ration distribution system is in shambles and the poor are forced to purchase rations outside at a high price. High electricity bills are back-breaking for the common people. Weavers are in distress. Farmers are burdened by inflated costs of fertilizers and crop outlay. Hoarders are flourishing and getting fat profits. Farmers who lost their crops to heavy rains have received no compensation. The 3 black farm laws have deepened the crisis manifold. Left parties protested strongly against the 5-fold rise in house tax. Increase in water tax is also imminent.

They demanded that the government should take immediate measures to bring down prices of petrol, diesel and LPG; curb black-marketing; strengthen the rationing system and provide affordable rations to the poor; repeal the 3 farm laws; compensate crop loss due to unseasonal rains; withdraw increase in house tax and water tax. CPIML leaders Sunil Maurya, Dr Kamal Usri, Anil Verma, Pradeep Obama and others addressed the meeting. Protests were also held in Azamgarh, Mau, Ghazipur, Jaunpur, Jalaun, Devaria, Gorakhpur, Banaras, Bhadohi, Chandauli, Ayodhya, Sonbhadra and other Districts and memorandums were sent to the President of India.