Bihar in the Clutches of Criminals: Murder of Journalist Avinash Jha 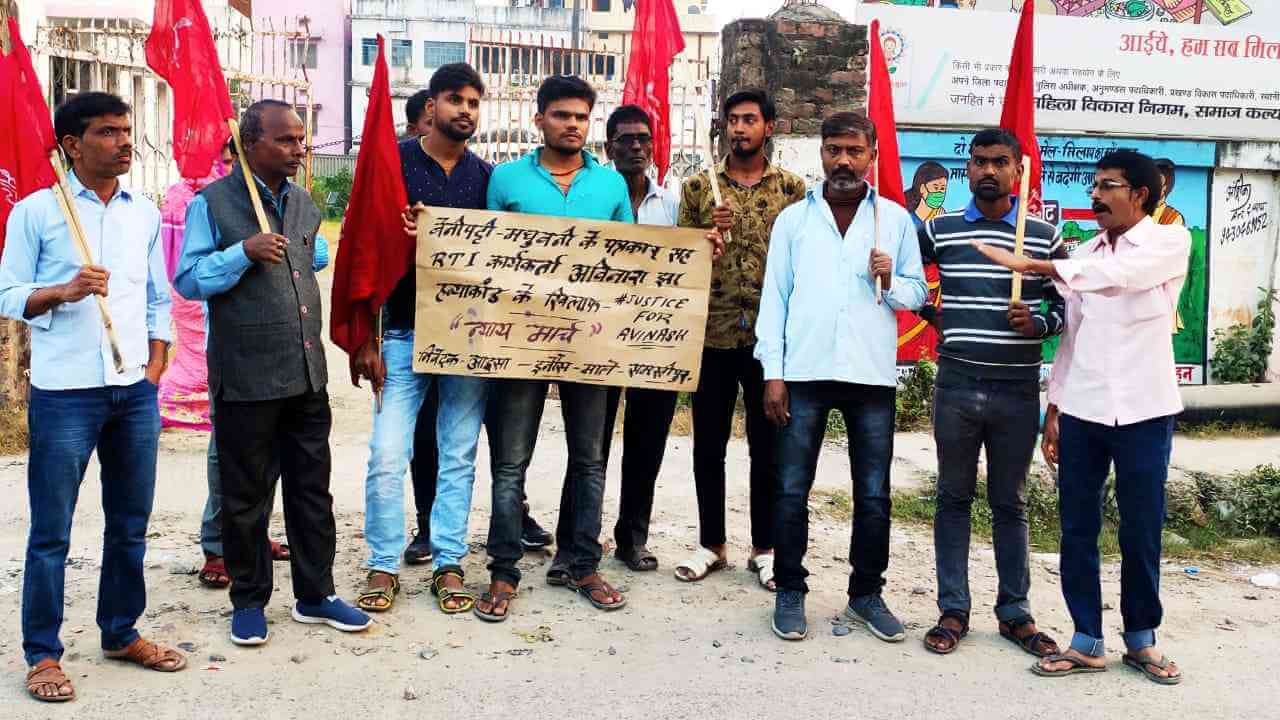 The entire Bihar continues to be in the clutches of criminals and the incidents of murder are constantly on the increase. There is no semblance of government to be seen. The truth is that criminals now have the open and unabashed protection of the government and the administration and so they have become emboldened to the highest degree and are not hesitating to commit murder in broad daylight.

CPIML Bihar State Secretary Kunal said said that the abduction and murder of journalist and RTI activist Avinash Jha alias Buddhadev Jha, resident of Benipatti Lohia Chowk in Madhubani District, is extremely condemnable. The murder of RTI activists is becoming a trend in Bihar. There is talk that the ‘Nursing Homes mafia’ is behind this murder. A high level enquiry should be constituted into this entire incident to find out why journalists and RTI activists are being targeted in Bihar.

The team first met the victim family and local people to find out the facts.

24 year old Avinash Jha was an RTI activist. He was continuously raising his voice through RTI against wrongdoings and scams in nursing homes. Through his initiatives, action was also taken against many nursing homes, and this made him a target of the nursing home mafia. He also exposed fake nursing homes on social media.

His family told the team that on the night of 9 November at 9.30 pm he was called to Anuradha Nursing Home by a nurse through telephone. From 10 pm onwards his phone gave the 'switched off' signal and there was no news of him. On 10 November his brother registered an FIR for abduction. The local people told the team that his half-burnt body was found on the morning of 13 November. They said Avinash Jha was murdered under a conspiracy by the mafia running illegal nursing homes. They spoke of Nurse Purnakala Devi from Anuradha Nursing Home whose call Avinash Jha has responded to before he went out that night. When the team contacted the Benipatti SDO, they were told that all the accused persons have been taken into custody. Nurse Purnakala Devi has been arrested. CPIML demands a high level probe into the entire matter and compensation for the victim's family.

A protest march was held in Benipatti on 15 November against the murder and the Chief Minister's effigy was burnt.