AIPWA Statement: 18-year-olds Can Choose Government's - Why Deny Them The Right to Choose Whether, When, and Whom to Marry? 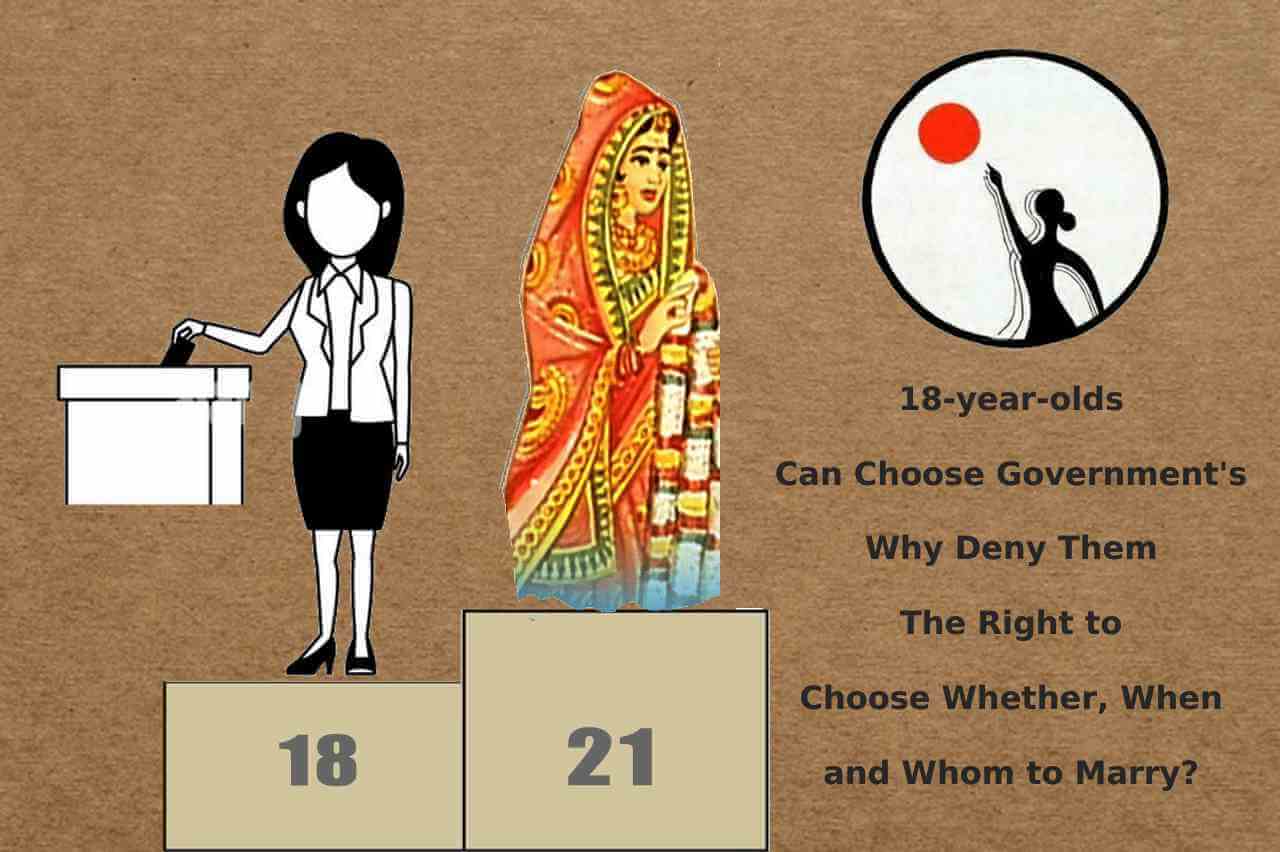 The Cabinet proposal to raise the age of marriage for women to 21 is ill advised and should be withdrawn.

The age of marriage for all adults should be 18. Thus the age for marriage of men too should be reduced to 18.  If we hold 18-year-olds to be adults who can choose a government and decide the country’s future, we must accept that they are old enough to decide their own future, and choose if, when, or whom to marry.

Early pregnancies indeed adversely affect the health of young women as well as children; they also interfere with the education of young women. Women also are forced by parents into early marriage against their will. But the answer to chronic anaemia, malnutrition, and women’s disrupted education does not lie in criminalising marriages of those under 21, it lies in addressing chronic poverty.

The fact is that the government is already failing to implement the law criminalising child marriage. The answer to the issue of forced early marriage lies in cultivating respect and support for the autonomy of young women. In other words, the government should provide a helpline and support for young women being forced by parents into marriage against their will. It should invest in social campaigns supporting the right of women to control their own lives and take their own decisions. All adults above the age of 18, irrespective of gender, must have the right to decide whether, when, and whom to marry.

In 2013-14 a study by The Hindu found that 40% of rape cases in Delhi trial courts were not rape cases but cases of consensual elopement where young women were fleeing violence and coercion by their parents and communities to marry their lovers. In India, khap panchayats, community councils, as well as Sangh mobs are known to attack young inter-caste and inter-faith couples. In such cases, adult women are often wrongly termed “minors” and incarcerated in “shelter homes” from where they can secure freedom only when they agree to forsake their inter-caste or inter-faith relationships and agree to return to their parents’ home. Now such coercive parents and outfits will have a law that selectively denies women adulthood in the matter of marriage.

The Cabinet proposal will not empower women, it will only empower such forces that inflict such violence against women’s autonomy.

AIPWA therefore demands that the Cabinet withdraw its proposal; and instead amend existing laws to respect the right of all adults - i.e all individuals above the age of 18 - to enjoy full autonomy in all spheres of their lives, including decisions about whom to love or marry.