CPIML, AIKM Organize Protests In UP To Demand Teni's Removal 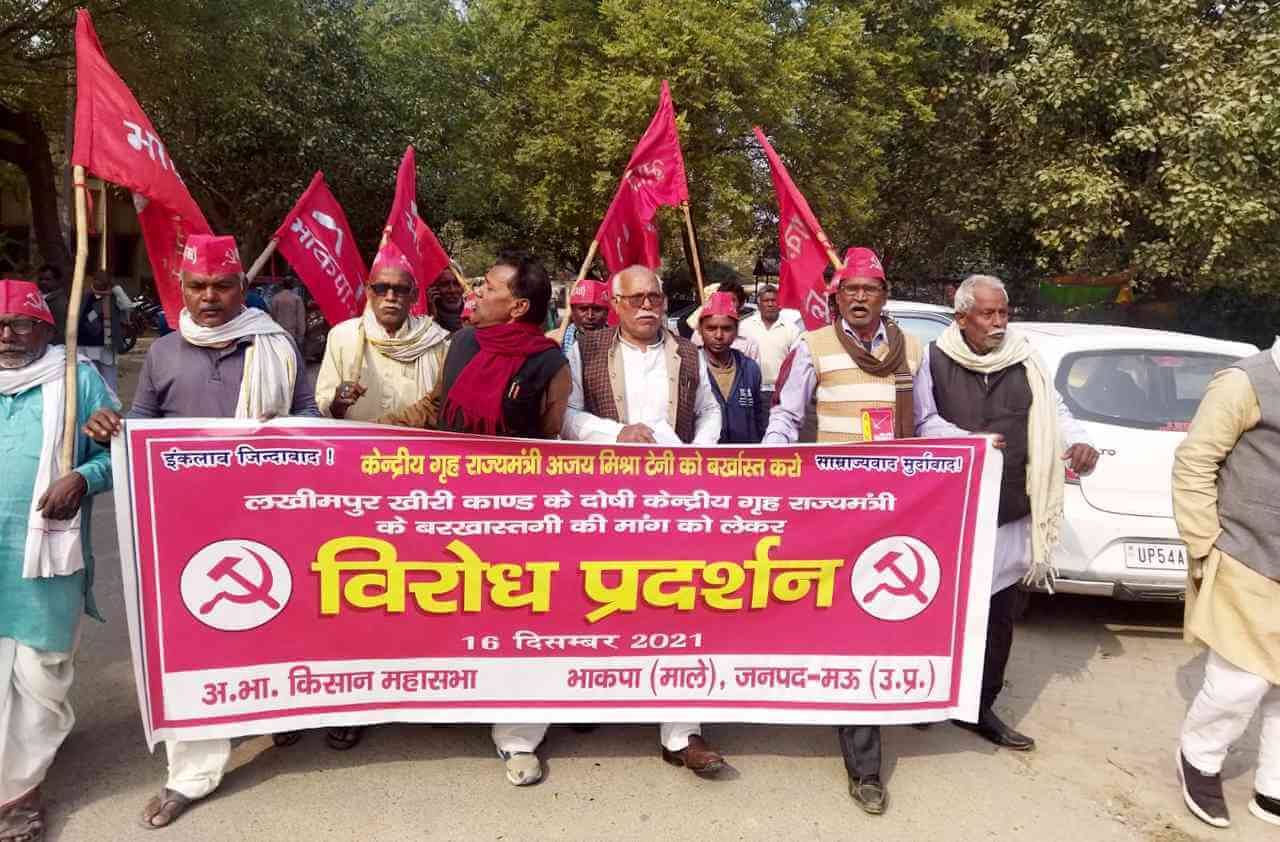 CPIML organized a march amidst heavy police bandobast in Lucknow on 17 December to demand the sacking and arrest of Home MoS Ajay Mishra Teni in view of his role in the Tikunia massacre at Lakhimpur Kheeri. The march was led by State Secretary Sudhakar Yadav.

Addressing the meeting, Comrade Sudhakar said that the Modi government is protecting a criminal. MoS Teni's hands are stained with the blood of four farmers and a journalist. The report of the SIT constituted by the Supreme Court has asserted that the massacre was a well-planned conspiracy. Based on the SIT conclusions, the sections under which the 13 accused including Minister Teni's son (now in jail) have been changed. Now, in the interest of justice, democracy demands that Teni should be removed from the Cabinet. If the Minister's son is part of the conspiracy to murder farmers, how can the Minister himself be absolved from this? The massacre was perpetrated on the Minister's provocation. Therefore Teni should be put in jail as the main conspirator.

The meeting was also addressed by District in-charge Ramesh Singh Sengar, Meena, Sarojini Bisht, Ayush, Prachi and Rajiv. At the conclusion of the meeting a memorandum was submitted. The call for statewide protests on 17 December was given by the All India Kisan Mahasabha. Protests were also organized in Lakhimpur Kheri, Sitapur, Prayagraj, Jalaun, Mathura, Ghazipur, Gorakhpur, Mau, Bhadohi, Chandauli, Sonbhadra, Mirzapur, Azamgarh and other Districts.