Stop Evicting the Poor in the Name of 'Smart City' 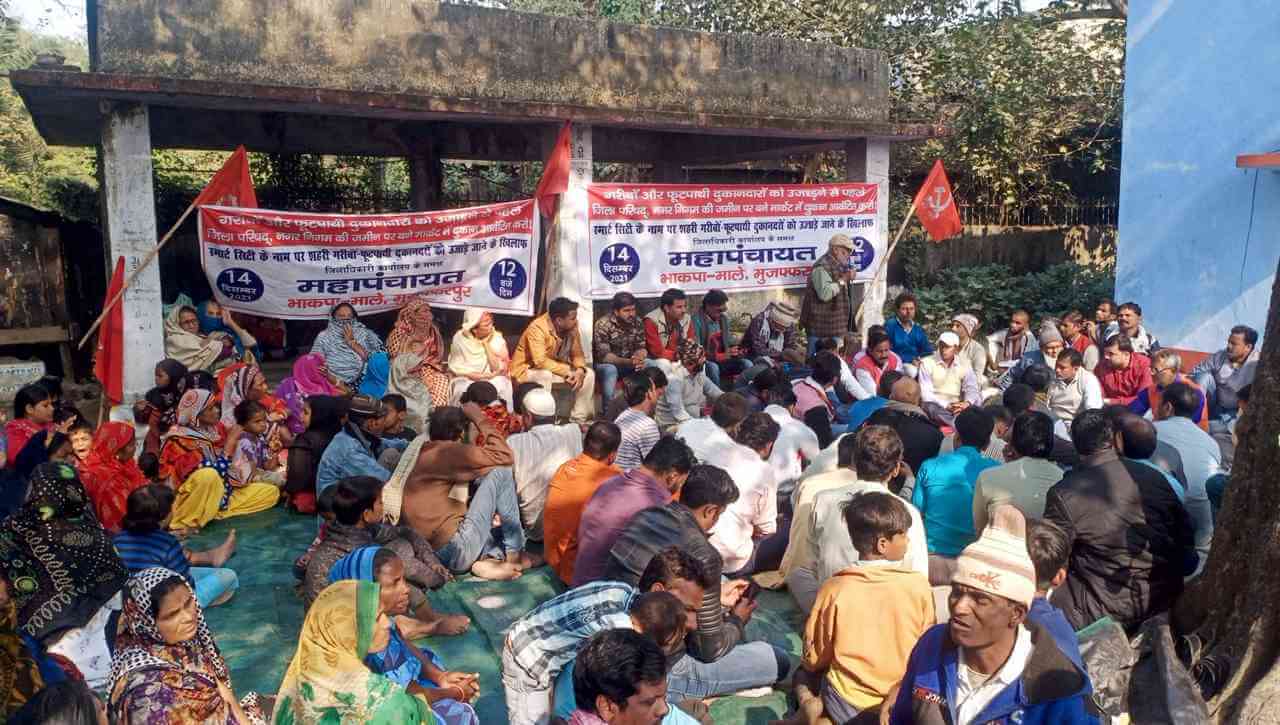 A Mahapanchayat was organized on 14 December in front of the District Magistrate's office by the CPIML against the eviction of urban poor and footpath vendors in Muzaffarpur town in the name of Smart City. A large number of hutment dwellers and footpath vendors from different areas of the city participated in the Mahapanchayat. A 5-point memorandum was submitted to the DM demanding footpath vendors be given shops and slum dwellers should be given houses on District Council and Municipal Corporation land before they are evicted from their present settlements.

It was also demanded that the government should guarantee land and government housing to hundreds of poor families residing in other areas including Pakki Sarai, Maharaji Pokhar, Bhatta Mohalla and Damuchak in Brahmpura. Instead of removing the shopkeepers of Sadar Hospital Road on the pretext of an access road to City Park, the MRDA road should be repaired and made operational.

The Mahapanchayat was led by CPIML City Secretary Suraj Kumar Singh, Mohd Naseem, Mohd Reyaz and Santosh Paswan.  Addressing the Mahapanchayat, Suraj Kumar Singh said that the destruction of the slums of pavement shopkeepers and urban poor by the administration in the name of Smart City is an attack on the lives and livelihood of the poor and their constitutional right to life. The High Court and the Supreme Court have also directed the government many times not to evict the poor before first arranging alternative shops/houses, but the Nitish government is bent on arbitrary and anti-poor action. Prof Arvind Kumar Dey said that the poor, labourers and common people have historically contributed a lot in building cities, and it is not possible to imagine cities without them. Playing with the lives of the poor in the name of Smart City will not be tolerated.