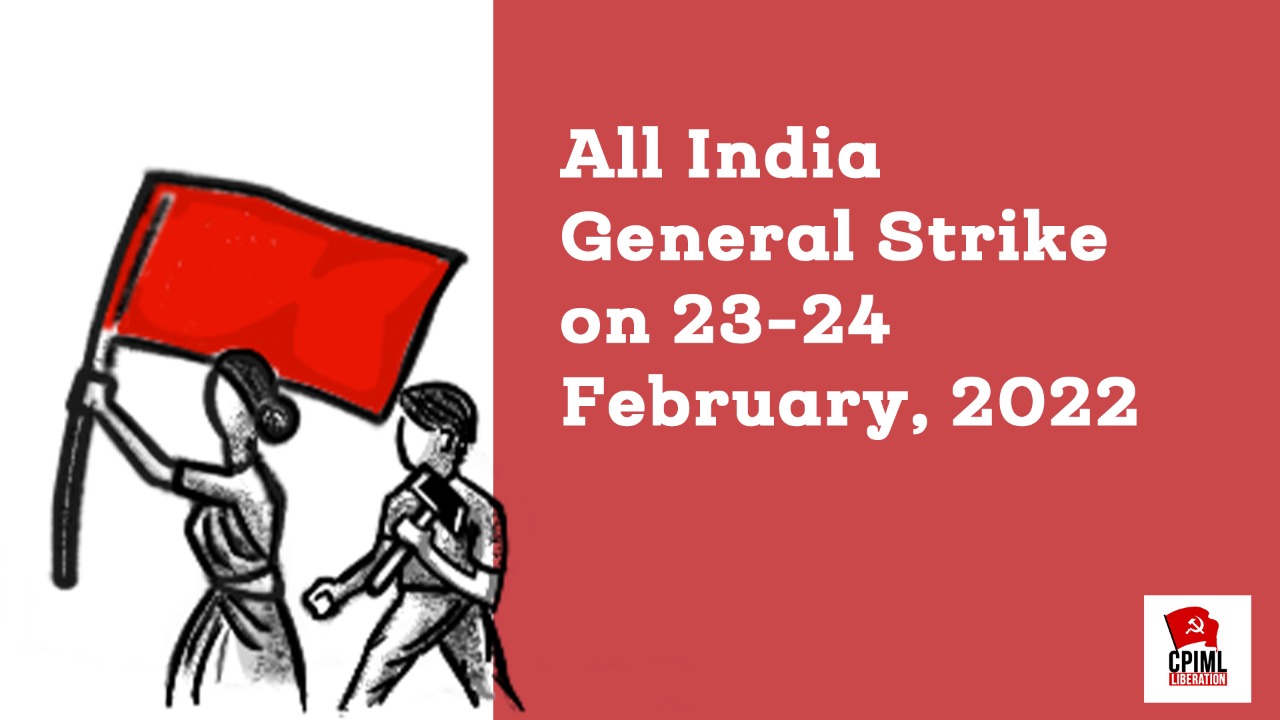 The Joint Platform of Central Trade Unions and Independent sectoral All India Federations and Associations has called for a countrywide 2-day General Strike on 23-24 February 2022 during  the budget session of the Parliament against the anti-people, anti-worker and anti-national destructive policies of the BJP Govt, with the slogan ‘Save The People, Save The Nation’.

AICCTU General Secretary Rajiv Dimri informed that joint preparatory public meetings will also be held in co-ordination with the Samyukta Kisan Morcha (SKM), especially in the states that are to go to polls in the beginning  of  2022, to strengthen  the call of “Mission UP”, “Mission Uttarakhand” given by the SKM. The Joint Platform of Trade Unions & Federations will continue to support the programmes and struggles decided by SKM, following repeal of the three Farm Laws.

He also told that the Bank Unions will hold a two-days strike in Banks on 16-17 December and the Electricity Employees will strike on 1 February 2022 against privatization being done and retrograde legislative moves of the Modi government.

The central trade unions have decided to raise following issues during the preparatory campaign for the general strike:

3. No to Privatisation in any form and scrap the NMP;

4. Food and Income Support of Rs 7500 per month to non-income tax paying households;

5. Increased allocation for MNREGA and extension of Employment guarantee Scheme to urban areas;

8. Proper protection and insurance facilities for frontline workers serving the people in the midst of pandemic;

9. Increase in public investment in agriculture, education, health and other crucial public utilities by taxing the rich through wealth tax etc in order to revive and revamp the national economy;

11. Regularisation of contract workers, scheme workers and equal pay for equal work for all

12. Cancellation of NPS and restoration of old pension and substantial increase in minimum pension under Employees’ Pension Scheme