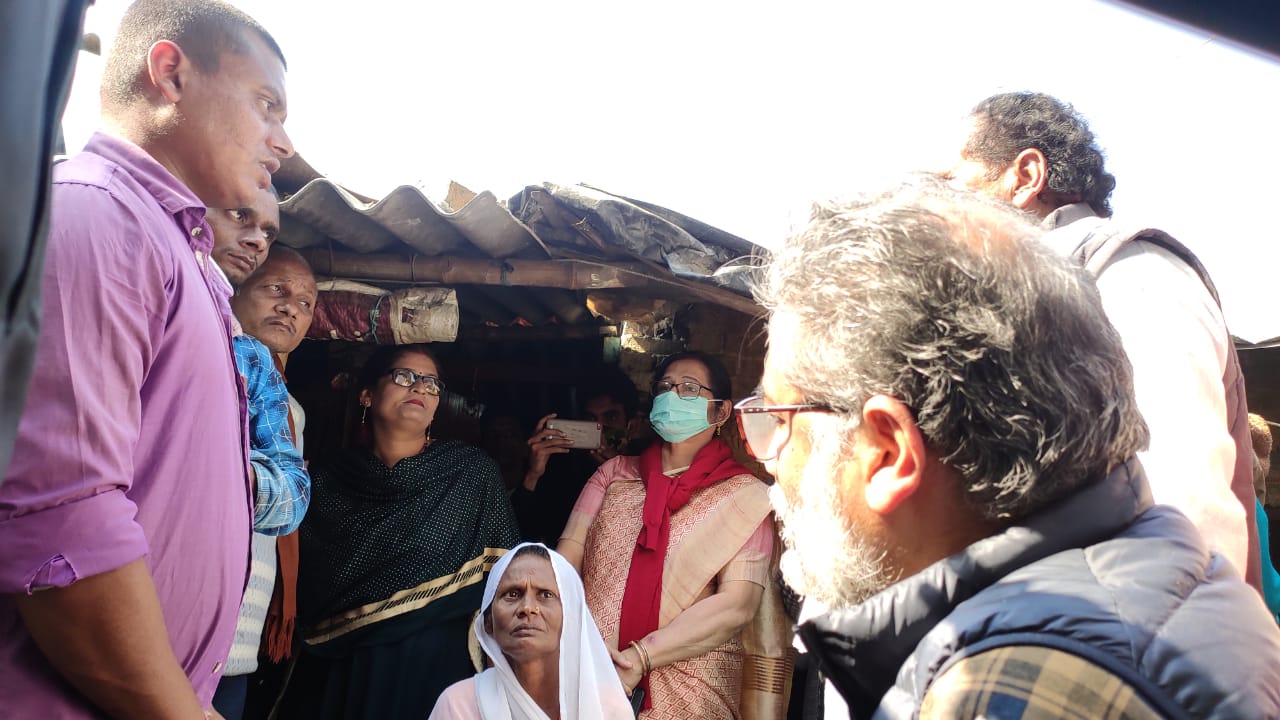 Comrade Dipankar Bhattacharya and CPIML Bihar Secretary Kunal along with many other leaders visited on Dec 5 the family of Ramsevak Ram who was killed by the Bihar police in custodial torture. Sanitation worker Ramsevak Ram of Rosera, Samastipur was beaten to death by hired goons of the municipal executive and local police a month ago. Ram was agitating for payment of pending wages. His family wasn't even allowed to conduct his last rites.

While the guilty are roaming free, Ram's widow Pramila Devi, sons Sravan, Deepak and Sandeep and daughters-in-law Babita and Salita have been implicated in a case for protesting his death and demanding justice. Several local journalists and four hundred unnamed people are also implicated in this case.

Ram was picked up from his slum in Ward no 5 of Rosera on 31 October morning and he never regained his senses till he was declared dead by doctors in PMCH on Nov 5. CM Nitish Kumar has uttered not a word till date and his Govt has paid not a rupee of compensation to Ram's family.

Samastipur unit of CPIML has been fighting for justice for Ramsevak Ram. Earlier Party MLA Sandeep Saurav visited the family and the issue was raised in the Assembly on 30 November.