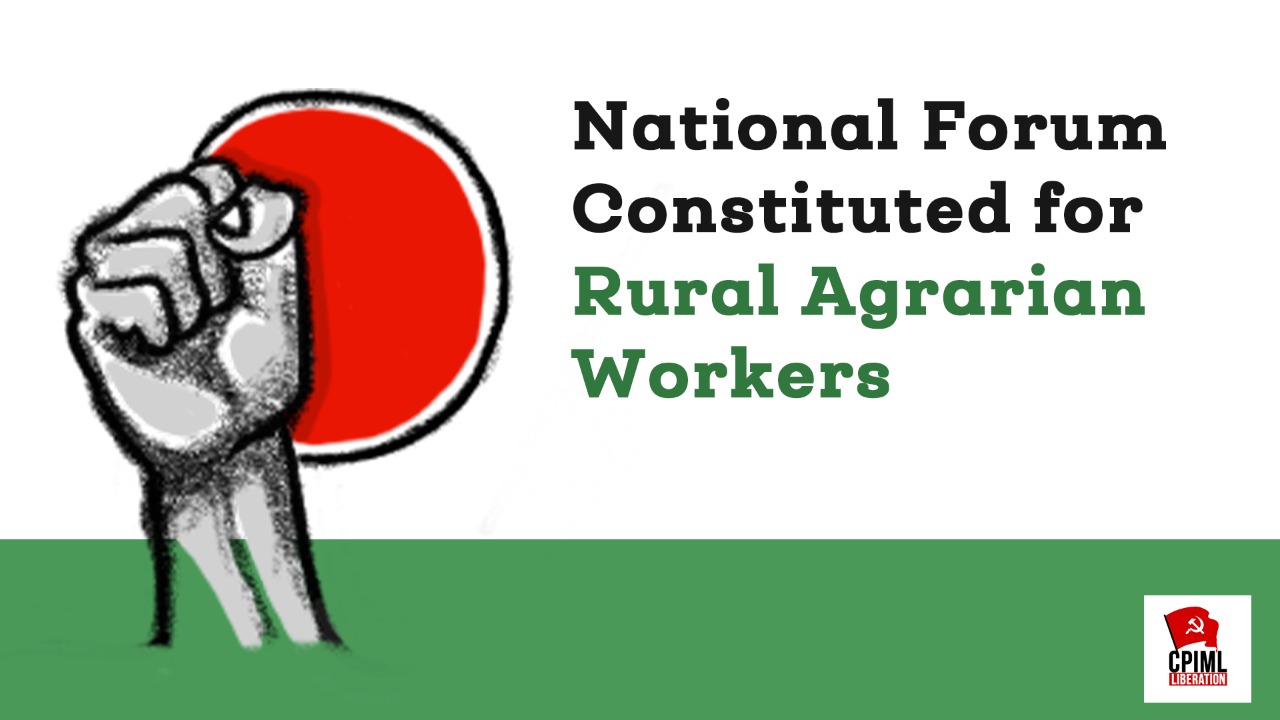 All India Agricultural and Rural Workers’ Association (AIARLA) national general secretary Dhirendra Jha informed of the constitution of the join national forum of agricultural workers organisations to intensify the struggles for wages, employment and against rural poverty. There has been a steep increase in rural poverty and unemployment due to the economy shattered by the Corona lockdown. Sustaining life has become very difficult for farm workers, dalits, adivasis and the poor. Spiralling costs and inflation have ruined their lives. But the Modi regime remains deaf to all these issues. In this situation farm workers' organizations working in rural areas have formed a joint Forum at the national level.

Addressing a press conference in Patna on 4 December 2021, leaders of the farm workers' organizations including AIARLA, Bihar Rajya Khet Mazdoor Union and Bihar Prantiya Khet Mazdoor Union said that the victory of the farmers' movement is a victory for the entire agrarian community. They said that MNREGA can play an important role in this crisis. Rural workers can get considerable relief by increasing MNREGA daily wage to Rs 600, ensuring 200 days work per family, making MNREGA a need-based scheme instead of caste-based, and paying wages on the spot in the work place, as employment opportunities are rapidly decreasing in rural areas. The leaders also demanded special laws for farm workers, especially a law to reinstate the Mandi system in Bihar and a new law for sharecroppers.

The dals, oil and masalas must be added to the public distribution system in Bihar keeping in view the increasing hunger and starvation in the state. A large population of dalits and adivasis in Bihar does not have housing land. The government must conduct an extensive survey of households and bring a new law to allot 10 decimal land to the landless. The poor should under no circumstance be evicted without prior alternative arrangements. The government should stop issuing threats and start respecting the people's right to life. The rural health system should be revamped and availability of hospitals, doctors and nurses should be guaranteed. Condemning the killing of dalit workers in Samastipur, Supoul, Araria and other Districts, the leaders said that the government must pay proper compensation and guarantee the safety of the victim families. Joint conventions on these issues will be organized in various Districts and a State level convention will be held through which the intensification of the movement will be announced.