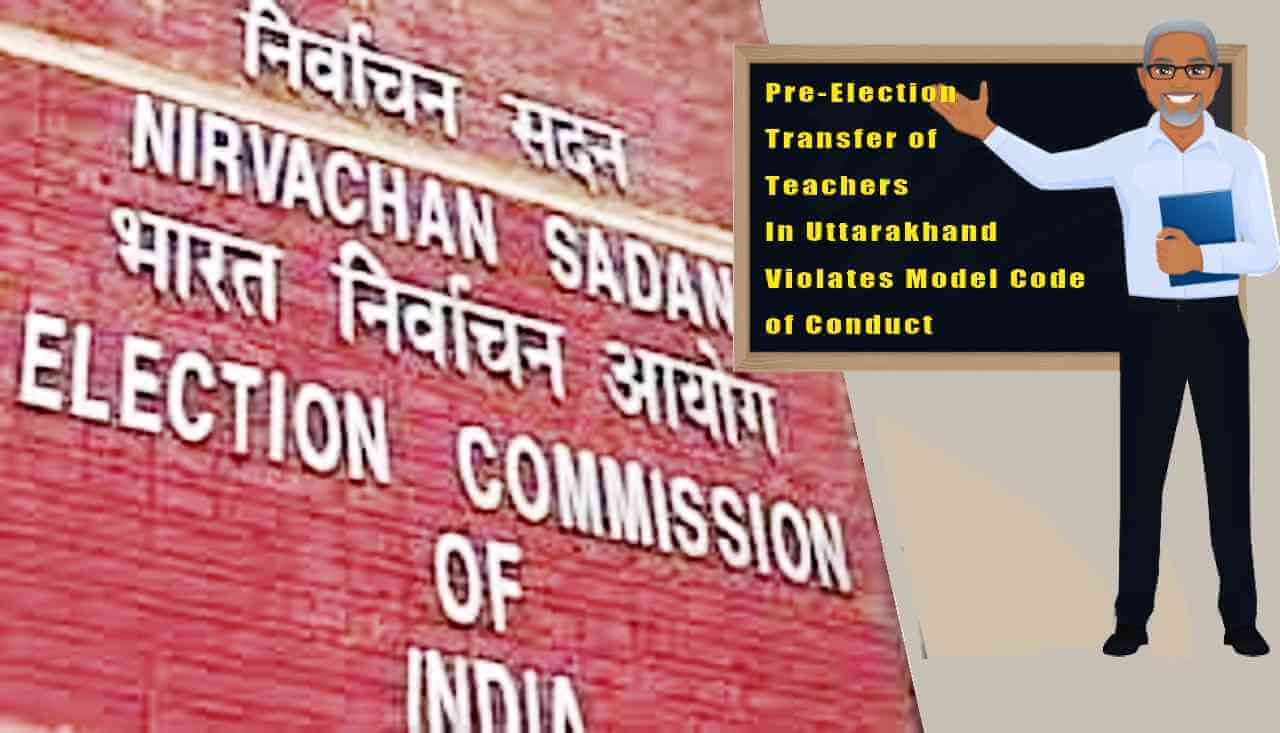 The Garhwal Secretary of CPIML, Indresh Maikhuri, has written to the Chief Election commissioner, Election Commission of India and the Chief Election Officer, Uttarakhand, pointing out that the Uttarakhand Government is blatantly violating the Model Code of Conduct that is now in effect since the elections have been announced, by seeking to transfer teachers who will be the election officers during voting. The letter says, “Casting the model code of conduct to the winds, transfers of government school teachers have been done on a large scale. Though the date on these transfer orders has been give as 07 January 2022, the appearance of these orders in the public domain on 09 January 2022 raises the suspicion that the date 07 January has been written solely in order to deceive the Election Commission. The officers who issued these transfer orders were in such a hurry that the concerned teacher has not been transferred to a single school but has been given several options. The transfer order gives 4 to 7 schools as the new place of appointment for any teacher being transferred. One transfer order states the place of appointment as, "Any school near Haridwar or Dehradun". The question is whether any Transfer Act gives license to a teacher or any other personnel to join any workplace as per his/her choice out of 4 to 7 options….it is clear from the language in these transfer orders that they have all been done in a great hurry at the last minute solely to benefit their favourites. Therefore it is our request that all the transfer orders dated 07 January 2022 should be cancelled and all the officers who passed these 'multi-option' transfer orders should be removed forthwith from their posts, as free and fair elections will not be possible if they continue to remain in their posts.”

The letter adds, “apart from this the State government has also made appointments in Commissions and Committees on a large scale, and these appointees are all members of the ruling party. All these appointments also have the date 07 January 2022 but have become public through news media on 09 January 2022. For example, the appointment letters of the President, Vice President and members of the Badrinath-Kedarnath Committee have the date 0u January 2022 stamped on them, but were made public on 09 January 2022. Clearly, the appointments have been made later and have been back-dated. Therefore, such appointments in Commissions and Committees should also be cancelled. It is also necessary to cancel them because all those appointed are associated with the ruling party and have received appointments to public and Constitutional posts in the final moments of the tenure of the current government and therefore the danger of impacting the impartiality of the Assembly election will be always present. In addition, the officers who are responsible for the back-dated appointment orders should be removed from their posts.”

The party has also demanded that steps be taken to prevent the Pushkar Singh Dhami government from further violating the model code of conduct in this manner.