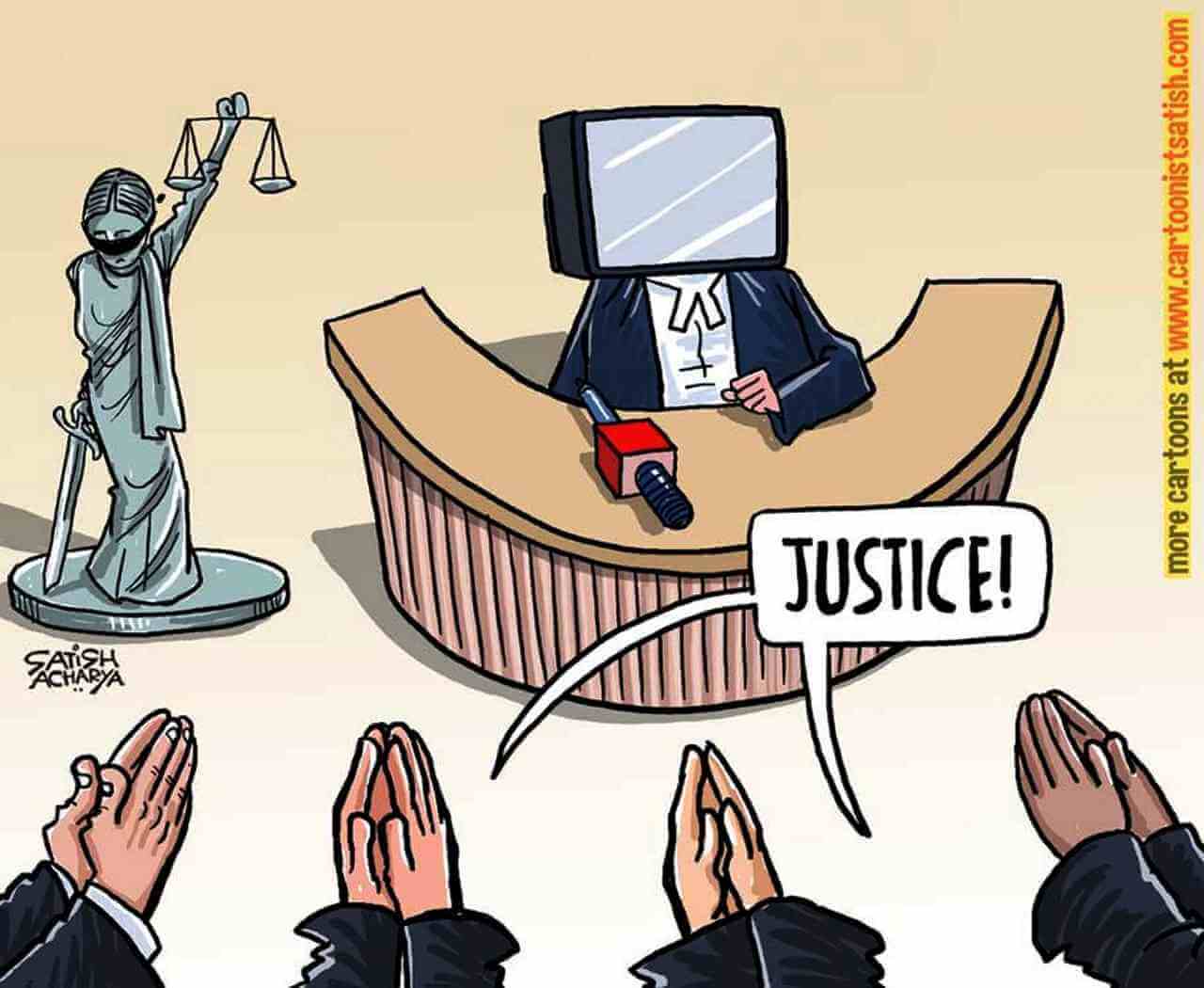 An adivasi woman Draupadi Murmu is on the cusp of becoming the President of India. Coinciding with this moment, the Supreme Court of India accepted the Government of India’s recommendation to treat adivasi women seeking justice against a massacre by police and paramilitary forces, as conspirators and criminals. The same BJP which touts its choice of Ms Murmu as President as an act of symbolic inclusion, is criminalising any attempt by adivasi women to seek justice against systemic violence by the state’s armed forces.

In the second judgment of its kind, the Supreme Court has again criminalised petitioners for justice in its own court. In its first judgment it had criminalised activist Teesta Setalvad as well as former Gujarat police officers for seeking justice for victims of the Gujarat 2002 massacre of Muslims. On 14 July, the SC criminalised the Gandhian activist Himanshu Kumar and 12 adivasi villagers who had petitioned the Supreme Court for an impartial enquiry into the massacre of adivasis in Bastar in 2009.

In this judgment the court has adopted the following reasoning: that since the FIRs lodged by the writ petitioners at the different police stations alleging massacre by police and paramilitary forces, were investigated, and the investigating agency concluded that it was Maoists rather than the police force that had perpetrated the massacre, “Prima facie, it could be said that false information was given by the first informants to the police as regards the alleged massacre by the police force.”

This reasoning sets a dangerous precedent that will deter survivors and witnesses in massacre cases from even filing FIRs, if they risk being punished for doing so. Moreover, the Government of India’s own submission to the Supreme Court makes contradictory assertions. It accuses Himanshu Kumar of falsely seeking to portray Maoists killed in an encounter as “innocent tribal victims massacred by security forces”; while at the same time accusing him of seeking to pass off a massacre by Maoists as one by security forces.

That submission in fact claims that police and paramilitary units did clash with armed Maoists in an encounter in Gompad village, adding that the Maoists took away their own injured personnel and that none of the security forces was injured. The petitioners claim that the victims were unarmed villagers killed in a staged fake “encounter”. The Government admits the presence of its forces at the site of the alleged massacre, and claims the victims were Maoists killed in an “encounter”. How, then, can the Supreme Court accept the Government’s contradictory accusation that the petitioners conspired to cover up a killing of “innocent tribals” by the Maoists by pinning blame on the state’s armed forces?

Even as the Supreme Court appears to be encouraging the government to arrest and prosecute adivasi petitioners and their supporters like Himanshu Kumar, an NIA court in Chhattisgarh acquitted 121 adivasis five years after they were booked under UAPA on charges of conspiring with Maoists to kill 25 Central Reserve Police Force personnel in Bastar in 2017. Innocent adivasi villagers lost five years of their lives inside prison walls – and the police and administration that made them scapegoats faces no consequences, and is not called upon to make even an apology, let alone any reparations.

Adivasis facing mass incarceration, as well as massacres and rapes in conflict areas, would not be able to navigate a hostile system and seek justice, were it not for activists and lawyers who dedicate their lives to this task. The same is true for Dalits and Muslims who face unjust mass incarceration as well as targeted massacres. Teesta Setalvad, whose intervention helped secure 120 convictions in 68 Gujarat riots cases, is in prison today, thanks to India’s Supreme Court acting as an arm of the political Executive. Sudha Bharadwaj and Stan Swamy, both framed in the Bhima Koregaon case, are known for working to secure the release of indefinitely incarcerated adivasi undertrials in Chhattisgarh and Jharkhand respectively.

Speaking at a recent event, Chief Justice of India N.V. Ramana admitted the problem, saying “In our criminal justice system, the process is the punishment. From hasty indiscriminate arrests, to difficulty in obtaining bail, the process leading to the prolonged incarceration of under-trials needs urgent attention.” The question arises, why are the CJI’s brother judges enabling a vindictive government to weaponise the criminal justice process to punish the very same human rights defenders who are only ones seeking to repair the criminal justice system that even the CJI admits is broken?

The oppressed caste and minority victims of the Bathani Tola (1996) and Laxmanpur Bathe (1997) massacres in Bihar have been waiting since 2012 for the Supreme Court to hear their petition to overturn the Patna High Court’s mass acquittal of all the accused. Will the witness-survivors who filed the petitions now have to fear that the Supreme Court will not only deny them justice, but will penalise and criminalise them and the movements that enabled their quest for justice?

Even in the face of government-sponsored judicial injustice, people’s quest for justice will survive, and eventually triumph.