India at 75: Let the Battle for Democracy Intensify 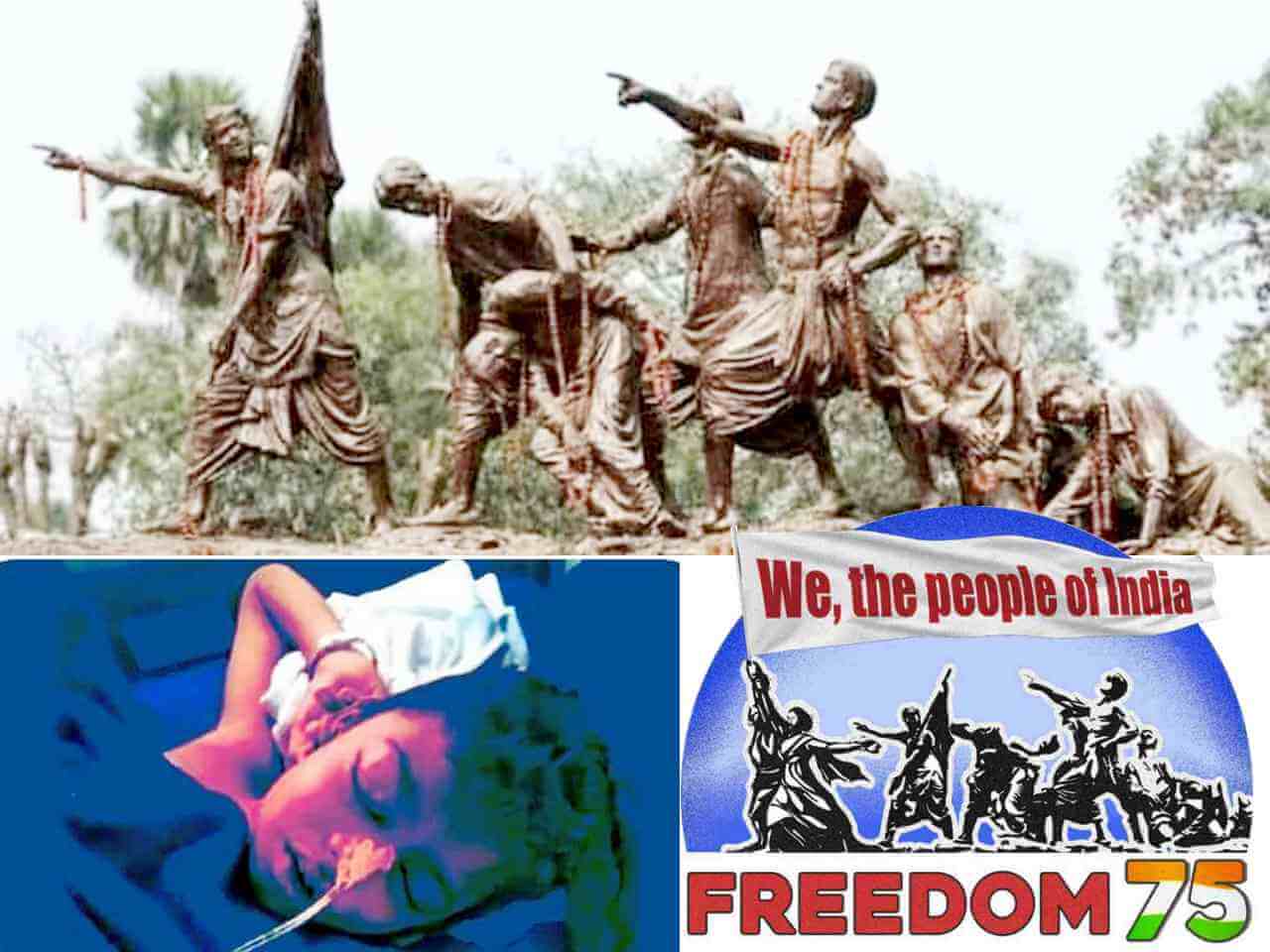 Two days before the seventy-fifth anniversary of Independence, India was once again reminded of the horrific continuing reality of caste oppression. Indra Meghwal, a 9-year-old Dali child from Surana village of Rajasthan’s Jalore district, who had been brutally beaten up by a school teacher on July 20 for drinking water from a pot apparently ‘reserved’ for the upper castes, succumbed to his injuries. The school was a Saraswati Vidyamandir run by the RSS educational network. On the same day, news came from Odisha’s Nabarangpur district of a fierce attack on Adivasi hamlets. In the name of saving forest land, the shelters of scores of Adivasi families were torched and their standing crops destroyed. In Hargaon of Sitapur district of UP, Arjun Lal, CPIML leader and member of the Zila Parishad, had to face torture and detention in the local police station when he went there to file a complaint against atrocity on Dalits in his Zila Parishad segment. From Haryana came videos of the poor being denied ration for not being able to pay for the tricolour!

On August 15 even as Narendra Modi delivered his customarily long Independence Day address for more than 80 minutes, invoking India’s Nari Shakti, the BJP government in election-bound Gujarat set free eleven convicts who had been sentenced to life imprisonment for the horrific gang-rape of Bilkis Bano and murder of seven members of her family including her toddler daughter in the 2002 post-Godhra pogrom. While rape and murder convicts are being set free and felicitated, justice-seekers, human rights campaigners, writers and pro-democracy activists have been languishing in jails for years and more such people are being implicated and incarcerated across India almost on a daily basis. Patriotic democratic citizens therefore rightly did not let the seventy-fifth anniversary of India’s independence to be reduced to an occasion for festive celebration, instead renewing their pledge to uphold the radical legacy of the freedom movement and intensify the battle for a sovereign, socialist, secular democratic India as envisioned in the preamble to India’s Constitution.

A week ahead of the 75th anniversary, Bihar witnessed a major political realignment on August 9, the 80th anniversary of the historic Quit India movement. Nitish Kumar once again severed ties with the BJP and joined hands with the RJD and the Mahagathbandhan, thereby leading to the ouster of the BJP from power and formation of a non-BJP government. Bihar thus rebuffed the BJP’s aggressive Operation Lotus campaign to grab maximum power and reversed the gain Modi and Shah most recently made in Maharashtra by engineering large-scale defection in the Shiv Sena. The tension between the BJP and the JDU had been escalating for quite some time. Since the BJP’s victory in UP elections in February-March, there has been an open clamour for replication of the UP model of Bulldozer Raj in Bihar and names of several BJP leaders began to get bandied about as prospective BJP chief ministers. The Speaker and the Chief Minister had a showdown in the Assembly, and during the July 30-31 BJP jamboree in Patna, party president JP Nadda went to the extent of saying that regional parties were on their way out and the BJP would soon be the only party left in the country. Bihar has succeeded in erecting a barrier to the BJP’s bulldozer and its game plan to foist one-party rule on India.

Enraged by its ouster from power, the BJP is bound to try every trick to destabilise the new government and step up its campaign of hate, lies and violence in Bihar. This has to be resisted by all means. Bihar is yet to recover from the adverse impact of the pandemic and the lockdown. Hate crimes have been on the rise, the poor are facing increased threat of eviction from their land and homes, education and healthcare have become highly privatised and prohibitively expensive, and the much promised 19 lakh jobs are nowhere to be seen. The new government will have to work on war-footing and with vision and determination to reverse this trajectory and deliver. To this end, the new arrangement will have to be bolstered by adopting common minimum programme, developing a mechanism of consultation and monitoring in the form of a coordination committee, and ensuring an urgent overhaul of the broader institutional framework of governance including the various committees and commissions. CPIML and other parties of the Left have resolved to discharge their fullest role in this new context, extending outside support and due cooperation to the government, and expanding the role of Bihar as a bastion of resistance and powerhouse of people’s movements to free the whole of India from the BJP’s bulldozer.