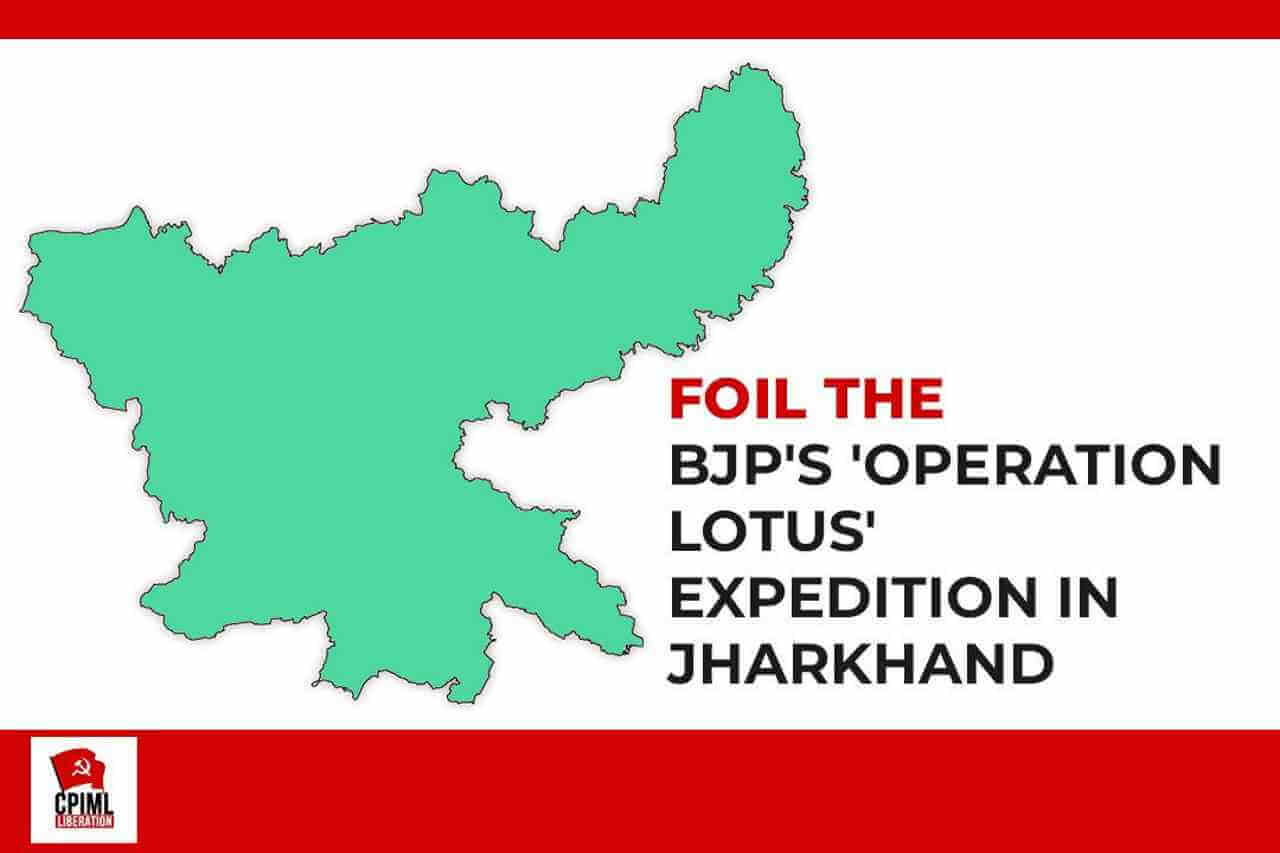 Along with Maharashtra, Jharkhand has long been known to be a coveted toppling target for the Modi-Shah regime. The detention of three Congress MLAs in West Bengal with carloads of cash was a clear pointer to the BJP's mischievous game plan. Now with the Governor keeping mum over the Election Commission's response on the BJP complaints against the elections of Chief Minister Hemant Soren and his brother Basant Soren over office of profit allegations, things are getting murkier with every passing day. Strangely while the Governor stays quiet, BJP leaders are issuing statements about the ECI rulings and Jharkhand has been pushed into a state of political uncertainty amidst widespread horse-trading speculations.

The Raghubar Das government was the most unpopular government Jharkhand had seen since the foundation of the state on 15 November 2000. The government's policies and pattern of governance had a pronounced anti-Adivasi streak and the Adivasis saw to it that the government was voted out just six months after the BJP had swept the Lok Sabha polls in Jharkhand. Now, ahead of the 2024 Lok Sabha elections, BJP is desperate to regain political control in the state. The desperation has only increased with the developments in Bihar where too BJP is trying to destabilise the new government by unleashing CBI and ED raids.

Toppling governments, utilising central agencies as political tools to target opposition parties and discredit and destabilise opposition governments and implicating activists in fabricated cases and jailing them under draconian laws have been vintage Sangh-BJP strategy to combat and overpower the political and agitational opposition in the country. This systematic aggression which has been undermining the institutional framework and federal balance of Indian Republic has now emboldened the BJP to declare itself the only political party with a right to exist and rule in India for the next forty years.

For democracy to survive, this aggressive power-grabbing expedition will have to be stopped by all means. Bihar gave a fitting rebuff through a political realignment of forces that has left the BJP isolated and ousted from power. Jharkhand too must foil the BJP's desperate game plan to hijack power. By not disclosing the Election Commission response to the complaints against Hemant and Basant Soren, the Governor has helped deepen political uncertainty in Jharkhand. It is sad to see that MLAs belonging to the JMM and Congress are having to be kept safe from being poached by the BJP power-grabbers. The JMM extended support to the BJP in the Presidential election only to find its own government being targeted in Jharkhand. It is now up to the Adivasis and other fighting forces of Jharkhand to make sure that the BJP cannot replicate its Maharashtra model in Jharkhand. CPIML will boldly resist the BJP in Jharkhand both within and outside of the Assembly.