Samastipur district of Bihar is in serious grip of the BJP's hysterical and fanatic forces. Union Minister and BJP leader Nityanand Rai is MP from Ujiarpur Lok Sabha constituency falling in the district, under whose patronage Samastipur has become a centre of oppression of dalits, women and muslims. The government has changed in the state, the BJP has been ousted from power, but the incidents of oppression are not stopping here. Samastipur is an example which shows it is not enough to oust the BJP from power, but the atmosphere of violence and hatred that it has created in society has to be dealt with.

In this Samastipur during rule of BJP-JDU government, there was an incident of custodial murder of a sanitation worker Ramsevak Ram. In another incident in Adharpur an entire Muslim locality was set on fire and an organization named Hindu Putra incited the mob to kill three members of the Muslim community. The Muslim population of that village is still displaced. In Sarai Ranjan, these elements perpetrated mob lynching of Khaleel Rizvi, a leader of the ruling JDU.

With Mahagathbandhan government in power in Bihar, it is extremely worrying that the communal forces are still perpetrating attacks on vulnerable sections. The most recent incident is from Satanpur Panchayat of Ujiarpur block where a minor dalit girl was gang raped and murdered. The main accused in this crime Ruman Ahmed is the State Vice-President of the BJP's minority cell and another accused Imtiaz Ahmed is a notorious criminal. The local police and administration are working day and night to protect these criminals. The way the local administration is standing in defence of these criminals, it is clear that there is pressure on it from the big leaders of BJP.

However, take a look at the incident. Victim Swati's mother Phulpari Devi had gone to visit her ailing mother on 23 September. Swati's father Binod Das works as a daily wage labourer in Delhi to pay off the debt which he had taken for his elder daughter's wedding. On the night of 23 September, Swati was alone in the house with her nine-year-old younger brother. The younger brother was sleeping in the next room while Swati was in the room without door. Swati's younger brother saw his sister hanging from the noose around five in the morning. He shouted and called his uncle. The villagers saw that Swati's body was hanging from the noose. There were deep marks of injury on the body of the girl including private parts. The body has a broken leg and there was mud on the body. Her underwear was taken out and stuffed in the mouth. Blood was oozing out of her ear. When her mother came, she took out the underpants stuck in her mouth. The girl must have strongly resisted the coercion with her. His mother lodged a complaint of gang rape and murder in the police station. The CPIML team also reached the spot at the same time.

Swati's mother told the police that Mohd. Imtiaz alias Rinku of her village, who has come out on bail after fourteen months in a murder case, was threatening to rape her daughter on mobile two days back. Another person Ruman Ahmed Savari also threatened her on the conference call. Swati's mother reached Rinku's house at around 9 pm on the same day, but there Rinku downplayed everything as Joke and deleted his number from her mobile. Mohd. Rinku used to pressurize Swati for physical relations, which she refused. The CPIML team also came to know that other girls of the village were also threatened by Mohd. Rinku in same way.

But look at the attitude of the local police station. The Ujiarpur Police Station incharge tried to underplay this ghastly crime. He did not even consider it necessary to conduct a viscera test during the post-mortem. Despite their being named FIR, no arrests was done. In fact, the SHO has cordial relations with the main accused. The CPIML then intervened against the police's attempts to erase the evidence and cover up the case. After that DSP became active but he too defended the version of the police thana and said that the matter is not of gang rape and murder but of suicide in a love affair. This was natural that resentment propped up among the people after the statement given by the DSP.

The CPIML organised a protest on 26 September at Satanpur Chowk. CPIML leader Phoolbabu Singh told that the police is destroying the evidence of rape and murder and demanded to conduct post-mortem again. But the administration did not listen. Again on October 1, a meeting was held at Malti Chowk and the demand for the arrest of the accused was raised. CPIML Block secretary Ganga Prasad Paswan, who was burning the effigy of the police station incharge, was attacked and injured by goons of a liquor mafia gang.

It was natural for the outrage to burst with the administration continuously shielding the criminals, people held a protest gherao at the Ujiarpur police station on 9 October. The CPIML activists in the protest were attacked by the goons who were already stationed inside the police station. The criminals, liquor smugglers and police brutally attacked the protesters inside the police station premises. All the CCTV cameras installed in the market were switched off. The attackers armed with sticks and bamboo straps in their hands hid their faces with black cloths and masks. Everyone was given alcohol to consume. The male police and masked goons tried to misbehave with Com Manju Prakash although women police personnel were present in the thana. It is also alleged that the police tried to conspiratorially kill the popular CPIML leader of Samastipur, Phoolbabu Singh, which was foiled by the public. This is also alleged that the DSP had planned it with a cool mind and sought cooperation from a BJP minded Mukia so that protests by CPIML could be crushed. The CPIML leaders spoke to Samastipur SP after this attack and informed him about the whole situation, but no arrest has been made so far.

The CPIML has demanded that the Chief Minister of Bihar should intervene and suspend the DSP and the local police station in-charge, guarantee the safety of the victim's family, make the post-mortem report public, give proper compensation to the victim's family and conduct a high-level inquiry into the whole matter.

A CPIML team comprising MLAs Satyadev Ram and Gopal Ravidas and AIPWA Bihar Secretary Shashi Yadav went to Samastipur on 15 October to inquire about the incident of Swati’s rape and murder. The team also took notice of another murder in the same village that occured on 9 October in which a boy Nishant was beaten to death. The other members in the team were Ganga Prasad, Phoolbabu Singh, Upendra Rai, Firoz Begum, Kamaluddin, Shamim Mansuri and Jeevesh Paswan. This team will submit a report to the Bihar CM Nitish Kumar.

BJP's exit from the power in Bihar has raised a new hope in the country, but it is also true that the administrative system has already been BJP-ised to a great extent. We have all seen the statement of the MD of Women and Child Development Department in which she was speaking like a spokesperson of BJP instead of any administrative officer. This is a serious challenge before the new government. Under the patronage of Union Minister Nityanand Rai, the conspiracy to make Samastipur a laboratory of communal fascist experiment is being hatched, which must be taken seriously by the Mahagathbandhan government. At the same time, the resistance at social level will also have to be mounted against the frenzied violent designs of the BJP. 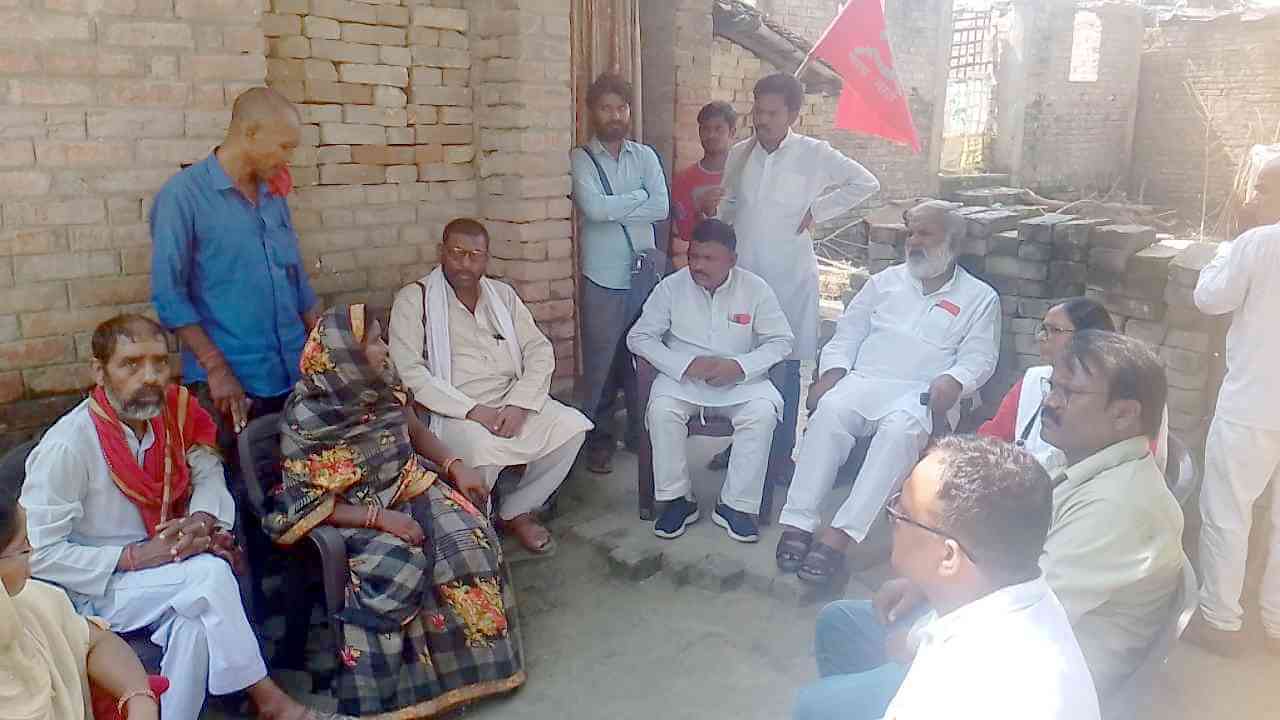