British MPs Express Deep Concern about CAA: Pledge to Support Diaspora Solidarity with the Protests, in House of Commons meeting 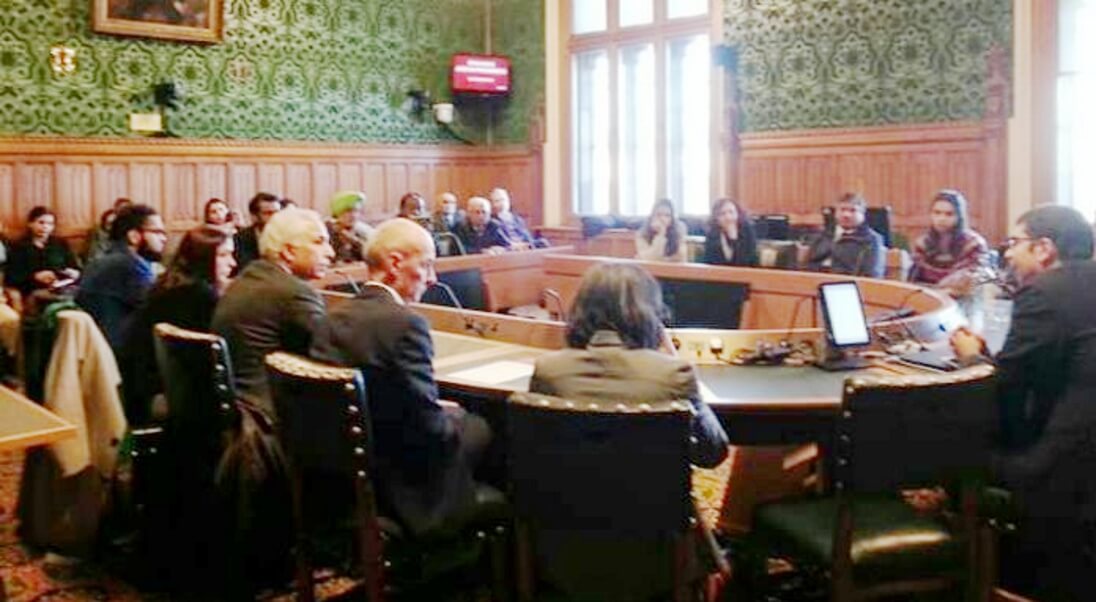 A meeting organized by Ambedkar International Mission (UK) and the South Asia Solidarity Group in the UK Parliament (House of Commons) on 20 January, on the Citizenship (Amendment) Act, National Register of Citizens and National Population Register and the protests against them across India, saw several British MPs express their concern about the legislation, its implications for human rights and potential for mass disenfranchisement of Muslims, and the situation in India more generally.

Introducing the meeting, Amrit Wilson of South Asia Solidarity Group highlighted the scale of the protests by students, women, Muslim communities, Dalits, urban and rural workers and many others and the violence which had been unleashed on protestors. Announcing the UK release of a jury report from the People’s Tribunal on State Action in Uttar Pradesh (India) she noted that it documented appalling violence against Muslims by the police accompanied by armed thugs affiliated to the ruling party and that this was a direct response to directions from the Chief Minister Yogi Adiyanath who had called for ‘revenge’ to be carried out against the Muslim community for protesting.

The meeting which was sponsored by Stephen Timms MP, was addressed by lawyer and legal scholar Gautam Bhatia who is currently involved in the Supreme Court challenge to the legislation. He explained the brazenly discriminatory nature of the CAA, the potential for mass disenfranchisement of Muslims and why it undermines the Indan citizenship guaranteed by the Constitution.

Satpal Muman, chair of the UK’s largest Dalit organisation, CasteWatchUK, reminded the audience of B.R. Ambedkar's warning that 'Hindu Raj' would be a calamity for India, and expressed solidarity with the many thousands on the streets in India defending their fundamental freedoms. He also noted the active role of the Hindu Swayamsevak Sangh and other overseas Hindutva organisations in blocking legislation in the UK which would make caste discrimination illegal.

Stephen Timms, MP for East Ham (Labour) said ‘I have been struck by the diversity of the people who are protesting against these measures in India in my constituency. Hindus, Muslims and Sikhs are all coming together’. He stated that he has written to the UK Foreign Office urging it to take a stand and has also written to the Indian High Commission expressing his deep concern about the CAA-NRC-NPR and their impact. He also recounted that he was a frequent visitor to a Hindu temple in his constituency, but he was shocked when some of his Indian constituents told him that they had been told at the temple that they were ‘not allowed’ to vote Labour during the 2019 UK elections.

Rupa Huq, MP for Ealing Central and Acton (Labour) also expressed her concern about the impact of the legislation and raised the question of how NRIs’ citizenship may be affected. In response Gautam Bhatia explained that the new legislation also gives the government more powers to cancel OCI status and that this change was partly a response to the increased criticism the Modi government is facing from the diaspora.

Claudia Webbe, MP for Leicester East (Labour) pledged to call on PM Modi to revoke the discriminatory CAA which violates human rights. She also spoke about the ‘unprecedented hate campaign’ she faced in the UK election 2019. Despite this she was elected from her constituency which has a large Indian community.

Pat McFadden, MP for Wolverhampton South East (Labour) expressed his concern about the way the Conservative Party had blocked the implementation of legislation outlawing caste discrimination in the UK, under pressure from pro-Hindutva organisations.

Several of the MPs said that they would table an Early Day Motion in Parliament calling for the CAA and NRC/NPR to be discussed in Parliament.

A wide range of sections of the Indian diaspora in the UK also highlighted that the Modi government can be seen as part of the current global rise of Fascism and the Far-Right which also included Brazil’s Jair Bolsonaro (who has been invited as Chief Guest to this year’s Republic Day Celebrations), Boris Johnson, Donald Trump and Binyamin Netanyahu. They emphasized the importance of sending a message to Modi about the opposition of the diaspora to these discriminatory measures by organising large scale protests and raising awareness in the wider community.