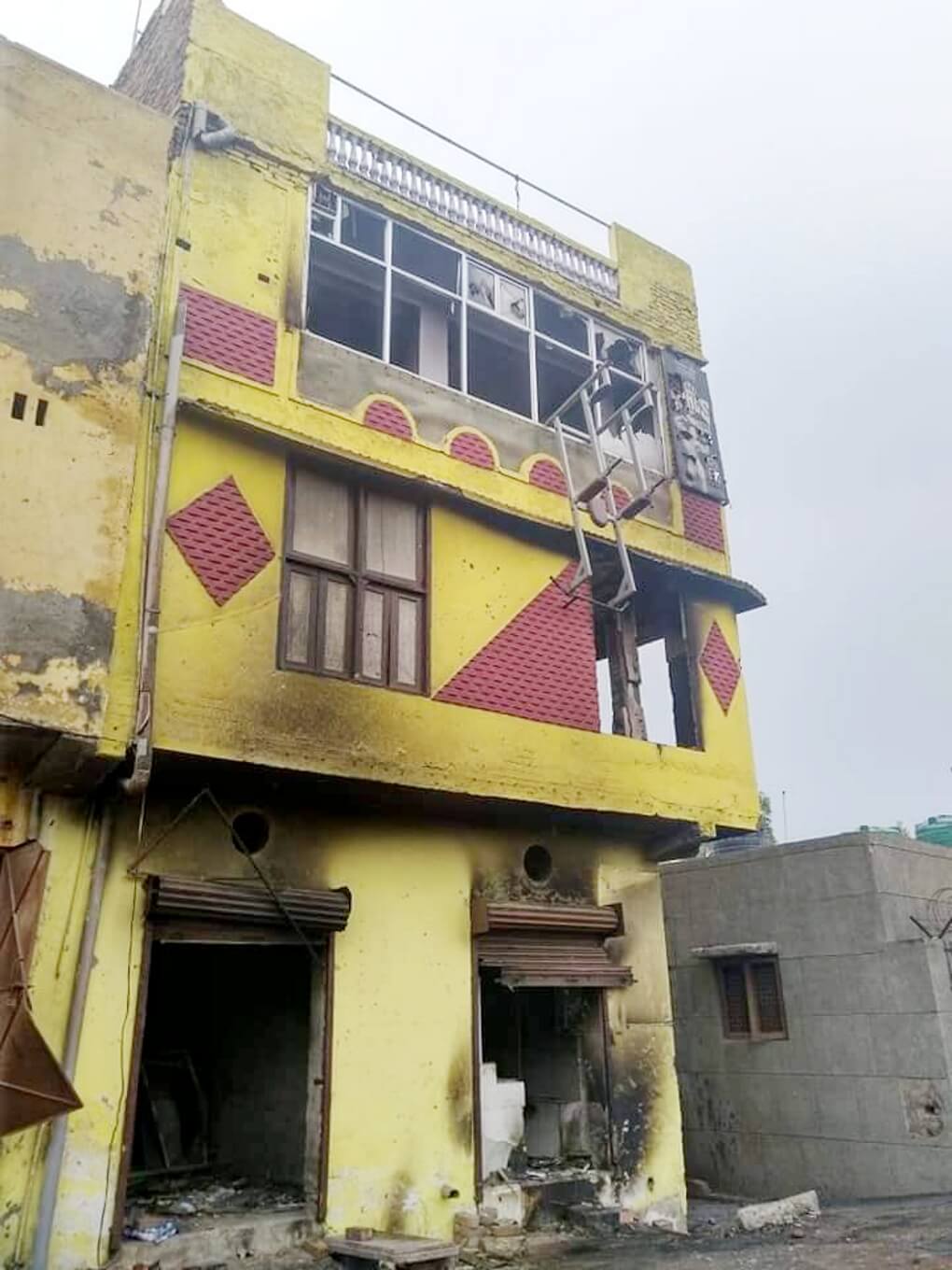 In main road Maujpur near the place where Kapil Mishra called for violence on anti-CAA protesters, we saw shops owned by Muslims specifically being targeted for vandalism, arson and loot. We met one Muslim shop-keeper whose footwear shop was attacked and vandalised by a communal mob. While many other shops run by Muslims had been set on fire, this one had been saved from arson by the Hindu man who owned the shop next door, and who insisted the shutters be closed to protect the building from fire. So, while the shoes had been taken out and burned, the shop was intact. Several Hindu shopkeepers told us – “arson in one shop would likely consume all the other shops as well; fire in one’s neighbour’s shop would threaten one’s own as well – we would never be on board with such violence. The mob came wearing helmets and masks, and appeared to be outsiders to the area.” The damage to the property of each shopkeeper goes to several lakhs. Those whose shops and property were destroyed expressed two concerns. 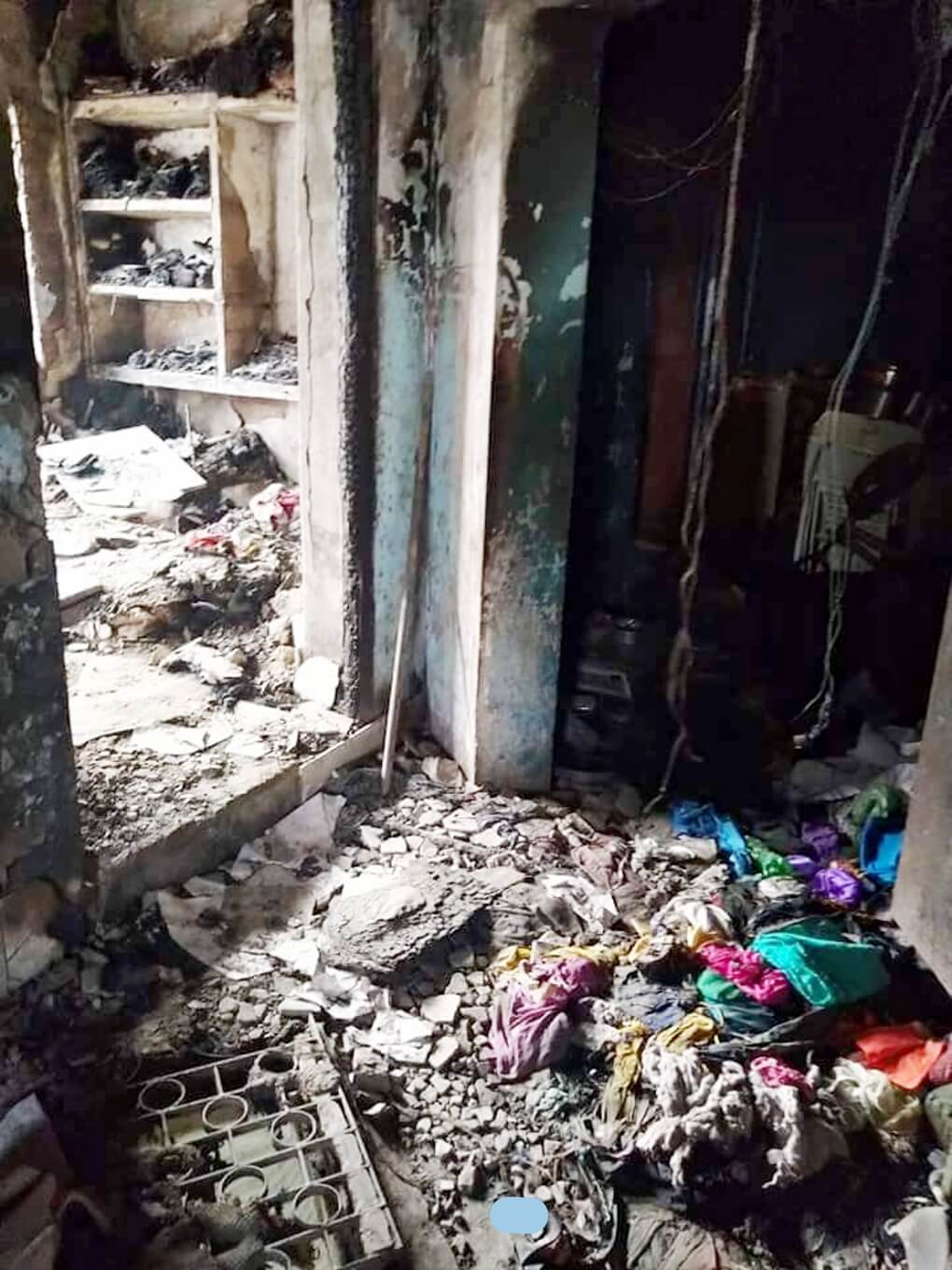 First, the footwear shopkeeper told us he was apprehensive that he would be asked to show receipts of every pair of shoes that had been in the shop in order to claim compensation. This was obviously impossible to do. Moreover, he sold the shoes at a price slightly higher than the price at which he bought them from wholesalers – now that the shoes were no longer saleable, surely he ought to be compensated at the sale price, for which he could show no receipt? Also, many shopkeepers we met said, “Our papers were burnt inside the shop, or taken outside the shop and destroyed. We are not able to earn all these days – should we not be compensated for the loss of livelihood in this period?”

Second, many of the Muslims whose shops were trashed or burned, are tenants, not owners. Some of them said that the Hindu landlords were threatening not to rent the premises to them any more, saying “It will invite trouble, keeping a Muslim tenant means I risk my property being set on fire.” The Muslim tenants told us, “As it is we have lost all our property – now if we are not even allowed to return and run our business again, how will we survive? Even if we get monetary compensation for what we lost, how will we earn a living in future?” 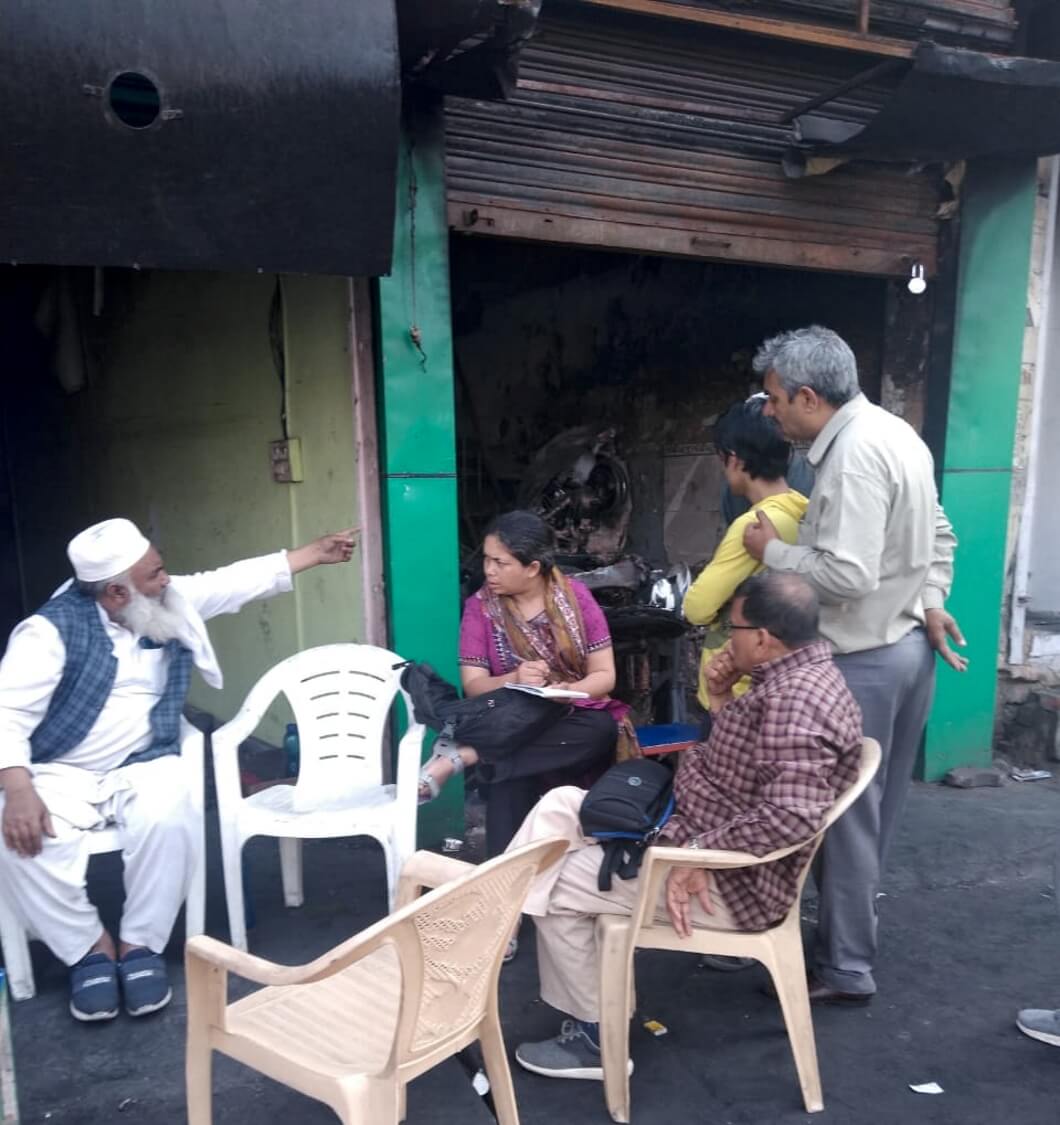 In Bhajanpura, several auto spare parts and tours and travels shops belonging to Muslims are totally destroyed by arson. It is clear that the mob has selectively targeted properties of Muslims – shops belonging to Hindus, cheek-by-jowl by the destroyed shops, are intact. In a few rare cases, it seems some properties belonging to Hindus have become collateral damage. These include a Maruti showroom next to “Zohan automobiles”, and a petrol pump right next to a series of shops owned by Muslims. The petrol pump owners said the mob listened to no reason, and even attacked policemen badly, and was intent on vandalising the petrol pump – perhaps to use the stolen fuel to torch shops?

A mazaar (a Sufi saint’s tomb that is now a shrine) right in front of a police help centre at Khajuri Khas has Manvir Singh Choudhury, a Hindu, for its President – a reminder of a fragile syncretic culture that is one of India’s unique features. The mazaar is destroyed by arson. 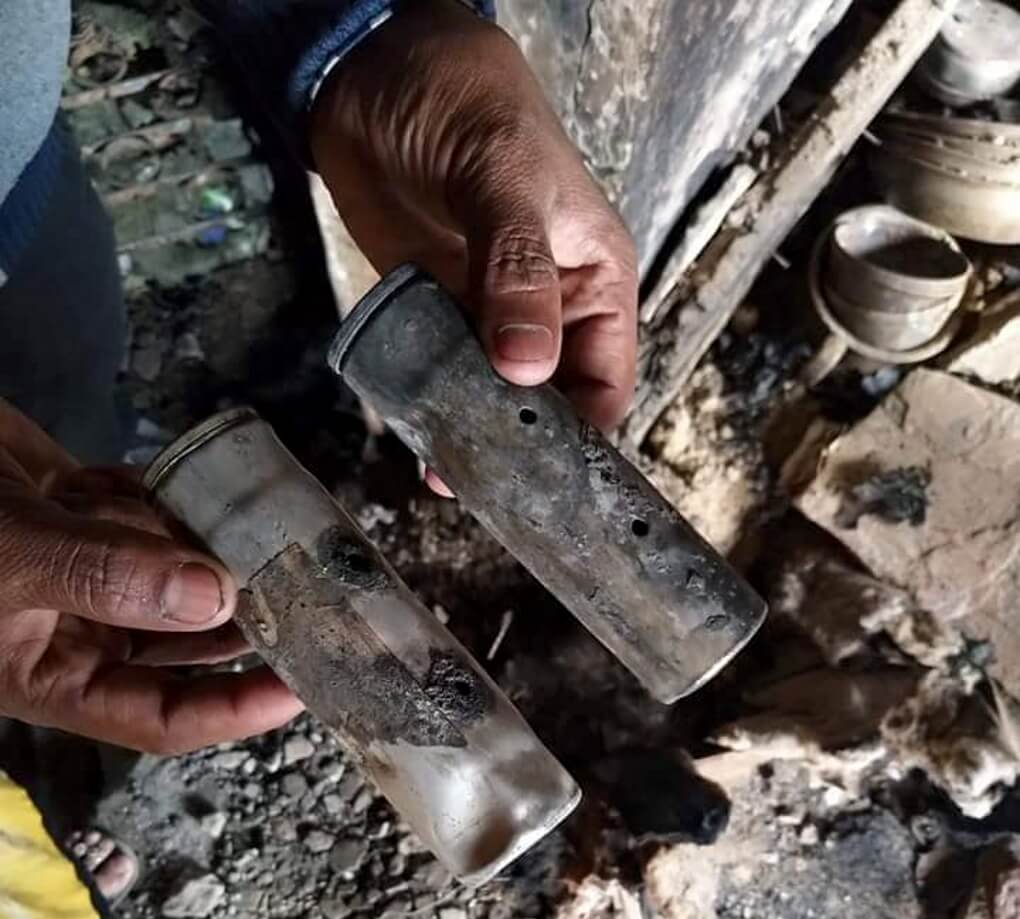 We acquired video footage of the mobs attacking these properties – in one of them, one of the mob members taking a selfie video is chanting “Jai Shri Ram” and announcing proudly that “The police is with us”, “Long live the police.” There are many videos of such mobs firing guns on the street and from the roof of a small nursing home, and asking Muslims hiding in homes to “come out and take your azaadi”. The mobs are also shouting vile sexualised abuse to Muslim women.

At Bhajanpura, we met Islam Bhai who had set out with his children in his car, to drive them to safety. On the way, he was stopped by a policeman in distress, begging him to help take their ‘sahab’ (senior police officer) injured by bullets, to a hospital. Islam immediately took an injured ACP, DCP, and Constable Ratan Lal to hospital, leaving his children including a nine-year-old daughter to wait for him on the road. Constable Ratan Lal, as we know, lost his life to the bullet and could not be saved. Islam told us, “My children were very afraid to be left on the road, but there was not enough room in the car, and I felt that it was a matter of life and death, which is why I must rush the policemen to hospital.”

Shiv Vihar is one of the areas worst ravaged by the violence.

Auliya Masjid near Nala Road, Shiv Vihar is a mosque devoted to the ‘auliyas’ (Sufi saints). It is devastated by arson. Gas cylinders were burst in the mosque.

On the main road and in the lanes close to the masjid, the devastation is frightening. In Gali number 12, we found a woman weeping over her tiny home and its pitifully few belongings, burnt to cinders. Through sobs, she told us about how she struggled to educate her children even though she is illiterate, how she worked so hard to acquire every tiny necessity (fridge, gas, furniture, vessels). “It’s all gone now, what can I do, what will happen to us, to my children,” she wept. She had received Rs 25000 as compensation from the Delhi Government, and the SDM had paid a visit to take a look at her home, she said. Many of the other victims we met also told of SDM visits and of receiving Rs 25000 in cash. But this tiny amount might tide them over the next month or so – but it could in no way recompense them for the losses they had suffered. This woman told us that she and her children spent time with their relatives in Idgah, and had shifted to the relief camp the previous night. At the camps, she said, food was being distributed. But, she added, “The clothes and other things they are distributing are being snatched and hoarded by people who do not need them. We have no clothes but the ones on our back – and yet we have not got any clothes. Is this right?” 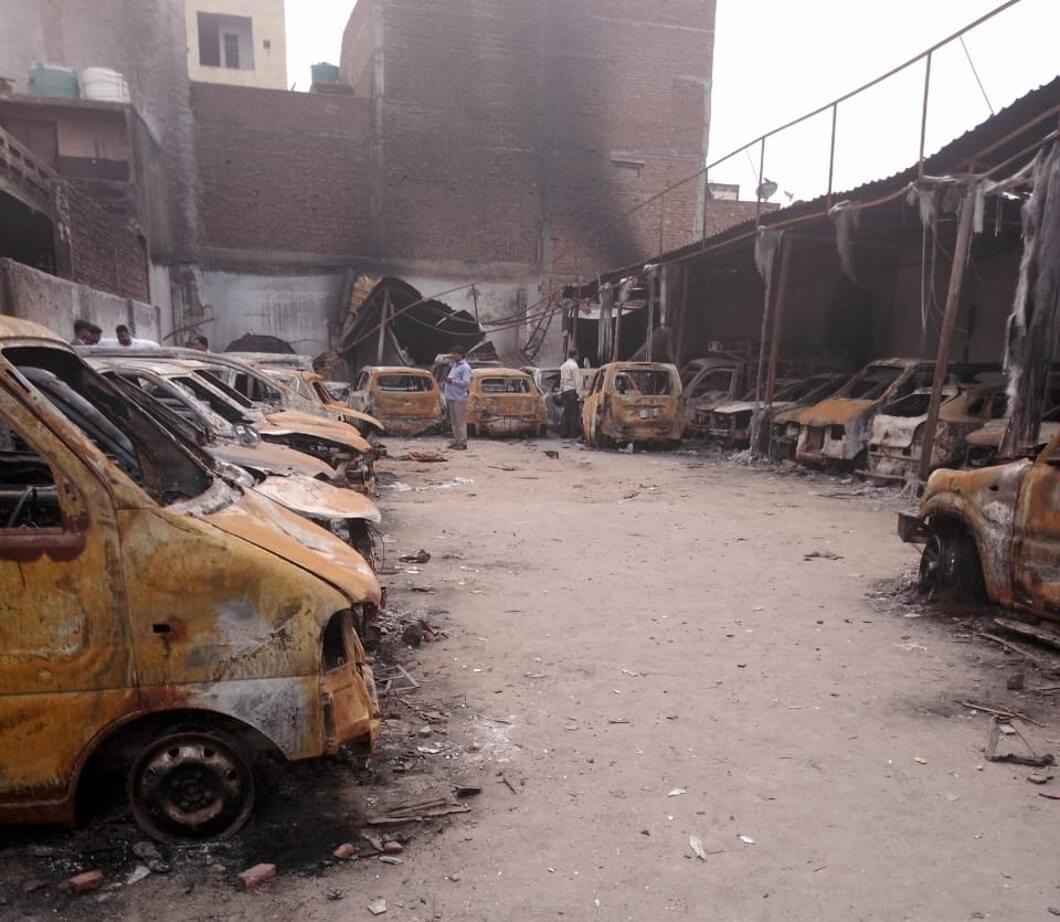 We were heartened to meet a very poor Hindu family (an elderly woman and her daughters-in-law and grandchildren) living in a crumbling hovel. Though poor, they had been generous in humanity. They told us how their Muslim neighbours were attacked, and how showed us injuries they sustained in stone pelting when they helped their neighbours escape. Right next to their home was a cattle shed – the Muslim owners fled leaving behind the buffaloes. “We fed the buffaloes, even though some neighbours asked us, who are these Muslims to you that you should feed their cattle. After some days we called the owners back and asked them to come and take the buffaloes to safety, because we could not afford to feed them anymore.” Speaking in the dialect of the Aligarh and western UP, these women were warm in praise of their “Modan” (Mohammedan) neighbours. They said, “One young woman had just given birth to a baby and nearly fainted. We took her into our home and laid her out on our bed and gave her water and tried to calm her down. We are women too, we know how it feels after you give birth.”

They cursed the politics that reaps benefit from riot and hatred between Hindus and Muslims. One of the women said, “My husband, the earning member of this family, works at a cycle-repair shop of a Muslim. Since the Muslims have been forced to shut shop and flee, my husband too cannot go to work. What will we eat if he cannot earn? We know those whose shops and homes are destroyed should be given compensation, and that’s right. But surely those who work at the shops too have lost their livelihood - and should get rations, relief and compensation to tide us over these days? Can you please raise this issue?” 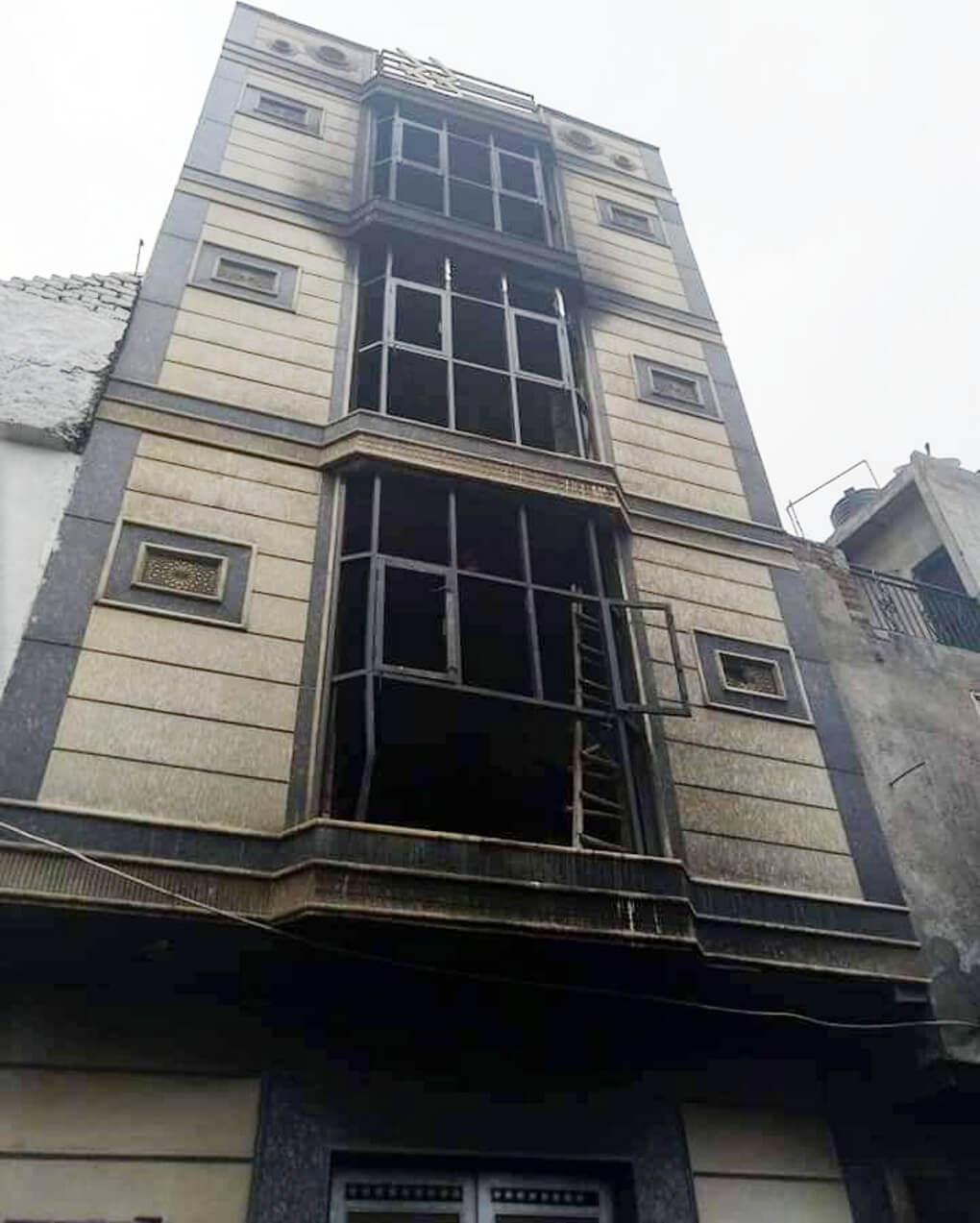 Near Shiv Vihar Tiraha, we met Mahender Kumar whose home has been badly burnt. He took us into his lane, where several homes and shops belonging to Hindus have been torched. Right at the end of the lane were a couple of Muslim families sitting on a charpai. Along with them was their immediate neighbour, Sundar, and his father and brother. The friendship and camaraderie between these families was apparent. Sundar told us that Gulfam and his family had kept watch over his shop to protect it from Muslim mobs. When they heard that a Hindu mob was approaching, Gulfam’s family took shelter inside Sundar’s home. But then, they felt they might not be able to protect Gulfam and his family from the mob. Gulfam and his family then fled. After this, a Muslim mob did destroy Sundar’s shop. Both the families agreed that in this particular lane, it was a new Muslim neighbour of theirs (they did not even know his name since he was new to the area), had invited in the mob that destroyed several of the houses and shops belonging to Hindus. Sundar’s father told us - ‘See, I am blaming a particular individual, not the Muslim community. Gulfam and his family are our friends, and they are not to blame. I can never understand how people blame and punish a community for the crime of an individual.’

Both the families repeated to us that in their opinion, the Delhi Police was to blame, as were politicians who stoked hatred and violence for votes. As we were leaving, the Muslim family members took one of us aside to tell us, “One of the Hindus who lost his shop here is so poor , and is such a good person. Please do what you can to make sure he is compensated properly.”

Elsewhere, the communal divide and distrust is still deep. Muslims are afraid of Hindu neighbours. But still, we did find that some humanity and trust had survived the episode. Gulfam’s and Sundar’s family members kept telling us, “You will find insaniyat – humanity – alive here still.”

The violence was orchestrated by the BJP to create a permanent fissure between Hindus and Muslims. It was orchestrated to ensure loss of life and property of Muslims. While there are victims among both Muslims and Hindus, it is clear that the police and state machinery backed only one side – the side on which BJP leaders were.

It will take hard work to undo the damage done by the BJP in these areas. We feel that the Delhi Government should be held accountable to ensuring peace, justice, relief, and rehabilitation efforts. In particular, we feel the Delhi Government can play an important role in;

1) making sure Muslim tenants are retained on rent by Hindu landlords;
2) needless paperwork is not made a condition for adequate compensation
3) compensation should be paid for loss of livelihood as well as loss of property and life
4) far more effective relief and rehabilitation efforts 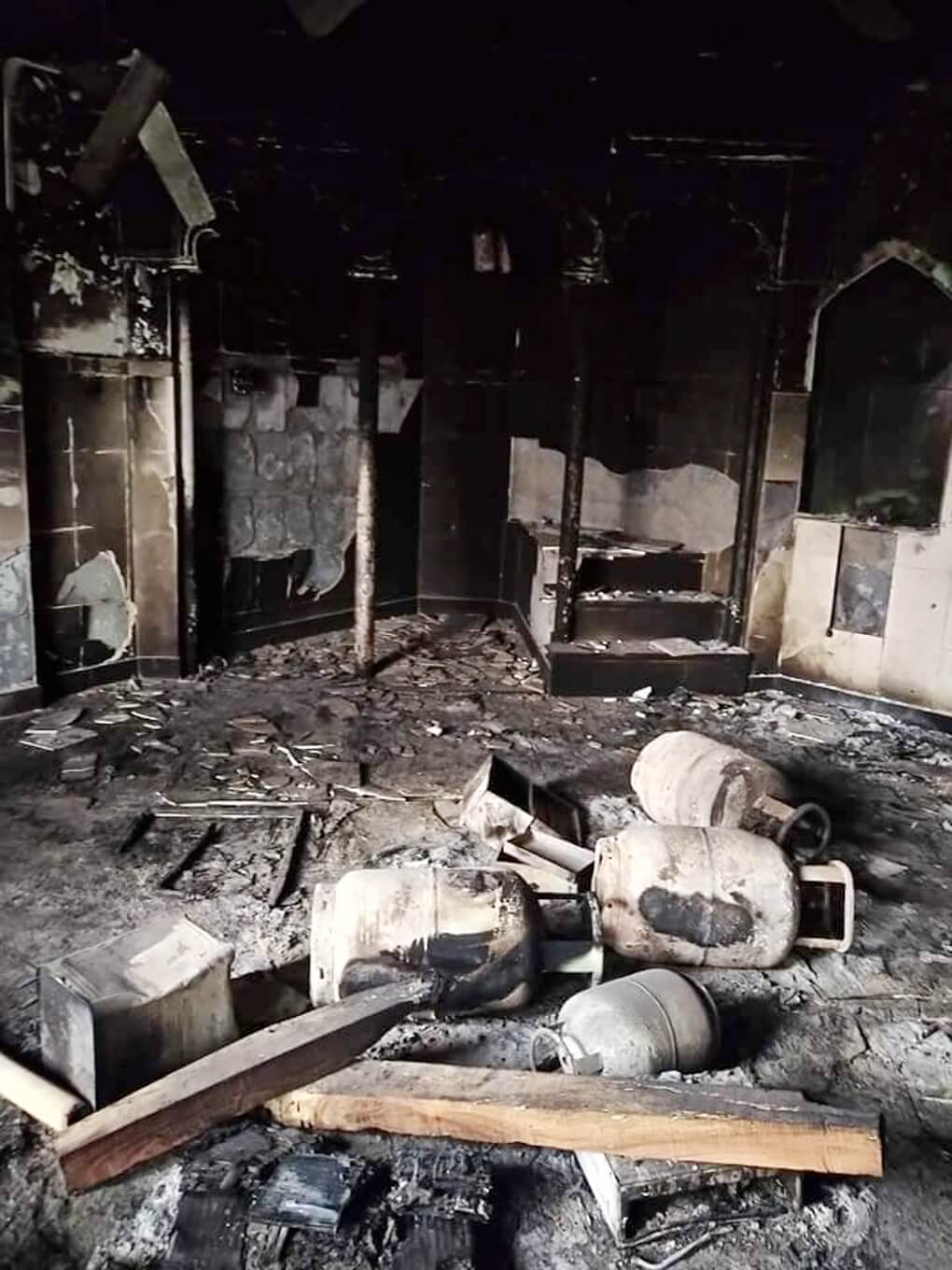