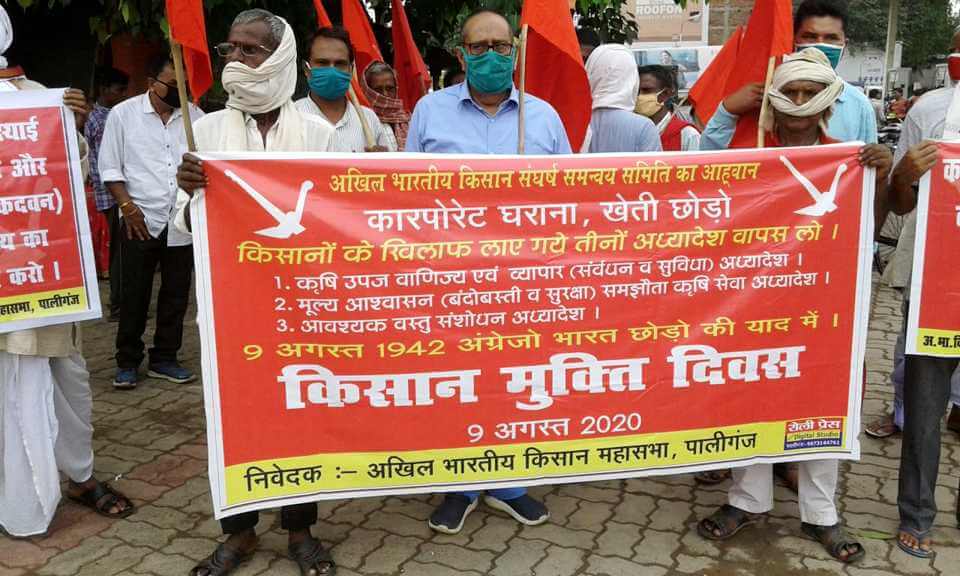 The All India Kisan Sangharsh Coordination Committee (AIKSCC) called for an ‘Oust Corporates, Save Farmers’ campaign to save the farmers of India from foreign companies and Indian corporate houses. The campaign started on 9 August 2020, anniversary of the Quit India Movement. This information was given in a statement by AIKSCC Bihar-Jharkhand in-charge Rajaram Singh. He said that the Lockdown implemented by the RSS-BJP led Modi government has imposed unprecedented and inhuman obstructions while it has not reduced the spread of the Corona pandemic.

Meanwhile, the Central government has taken another unprecedented step and passed three agricultural ordinances through which it has snatched away many hard-won rights of the farming community that came under the jurisdiction of the State governments who did not oppose them for fear of displeasing the corporate sector.

All items which form the main part of the poor people’s food like grains, oilseeds, potatoes and onions have been removed from the Essential Commodities Act, thus making these crops practically useless. Control over hoarders and blackmarketeers over Mandi Committee regulations has been removed and companies will now buy directly from farmers. Big corporate houses like Walmart, Pepsi and Monsanto will be invited with open arms to do contract farming, and they will control small farmers through village agents and force them to buy seeds, fertilizers etc. at exorbitant prices and sell their crops to these corporates. Farming as a livelihood will be destroyed, as also food security. The Central government has decided to wash its hands of its responsibility to the citizens and render the oath that it swore on the Constitution meaningless.

The government wants to invite foreign investment because it does not have enough money to serve the corporate houses and their huge bank loans. It is increasing taxes from its own people for revenue collection. The excise duty on diesel and petrol in November 2014 was Rs 3.46 and Rs 9.20 respectively which the government has increased to Rs 31.83 and Rs 32.98. It is going to end subsidy on electricity and increase the rates by several times. It is making a show of spending on ‘welfare schemes’ and actually cutting funds from fuel, food, fertilizers, MNREGA, pension and other schemes for the people and cluttering everything under the name of ‘PM Kisan’.

The condition of farmers, who are being evicted as well as forcibly relocated, is abysmal. Under the leadership of the AIKSCC comprising 250 farmers’ organizations, they have taken courage in both hands and launched their struggle for loan waivers, C2+50% MSP, waiver of electricity bills at least during the Corona crisis, guarantee of employment and food, relief for migrant workers, development schemes for the rural poor and against handing these over to corporate houses and multinational looters. 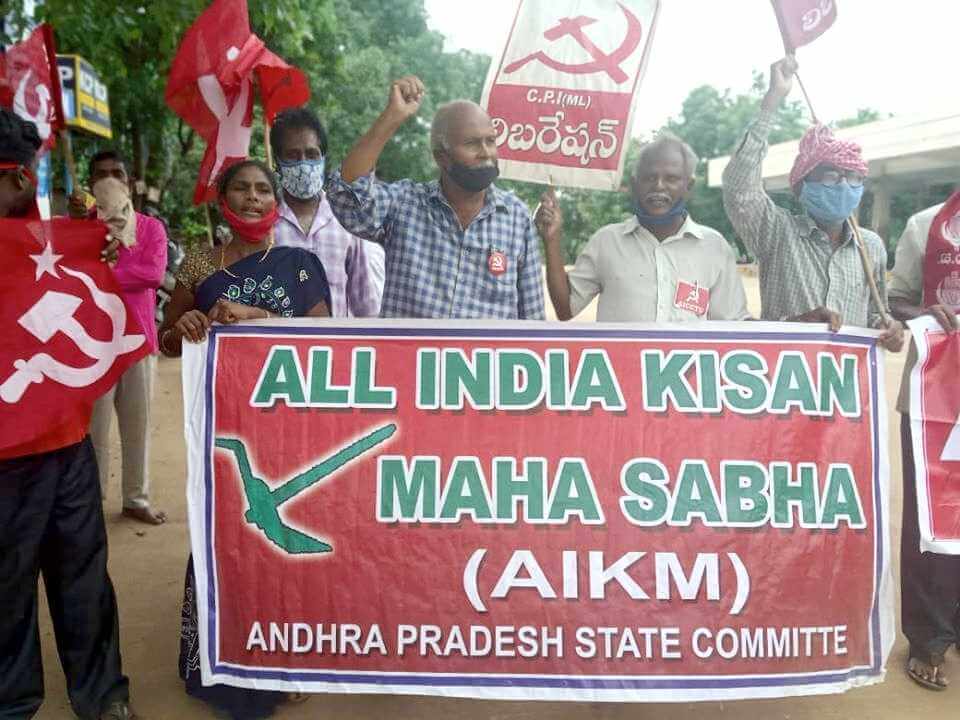