Responding to the joint Left call, CPIML leaders and cadres hoisted the flag at various places across the country on 15 August and pledged to protect the Constitution and strengthen freedom and democracy in the country.

Senior CPIML leader in Bihar Pawan Sharma hoisted the flag at the CPIML Legislative Party office in Patna. Present on the occasion were State Committee member Umesh Singh, Santosh Jha, Prakash Kumar and others. Speaking on the occasion, CPIML leaders said that the country achieved independence after great sacrifices by freedom fighters, but now the BJP-RSS are consistently weakening the country’s freedom and Constitution. Freedom of expression is being assaulted and the BJP has crushed the autonomy of the country’s Constitutional institutions. It is the duty of every patriotic citizen to protect the country’s freedom from such people.

In its resolution the CPIML has said that instead of focusing on the fight against Covid-19 and providing relief to the common people, the RSS-led BJP government at the Centre is aggressively weakening the principles enshrined in the Constitution of India. This is part of their agenda of escalating communal polarization in the country and targeting the Muslim minority community.

Every Constitutional institution is being targeted by the government today and its autonomy is being weakened. The autonomy of institutions from Parliament, Judiciary, and Election Commission to CBI and ED are being relentlessly assaulted. Democratic and civil rights are being attacked.

All voices raised against the government and its policies are being branded ‘anti-national’, and the people, activists, and intellectual community are being witch-hunted under the draconian laws like UAPA and sedition.

Attempts are being made to centralize all powers in the hands of the Union government, which is against the fundamental principles of federalism and the Constitution of India.

In this situation it is necessary that the people of India should unite in the fight to protect the Constitution and guarantee people’s rights enshrined in it, and thus give strength to the country’s independence.

Uttar Pradesh : On 15 August the Preamble of the Constitution was read and pledges to save democracy, thee Constitution and the country were taken at various places in Uttar Pradesh. In these times of rising fascist attacks on the Constitution and democracy, CPIML leaders hoisted the tricolor and organized symposiums and meetings to spread the message that freedom would be protected at any cost from its attackers who are in the seat of power today. Speakers on the occasion said that during the Ayodhya Bhumi Pujan PM Modi equated 5 August with 15 August, but this analogy by Modi is entirely false and an insult to the martyrs of our freedom struggle because the 5 August event was an action against the fundamental principles of the Constitution and gave legitimacy to a criminal offence which was perpetrated on 6 December 1992 by the demolition of a historic Masjid. 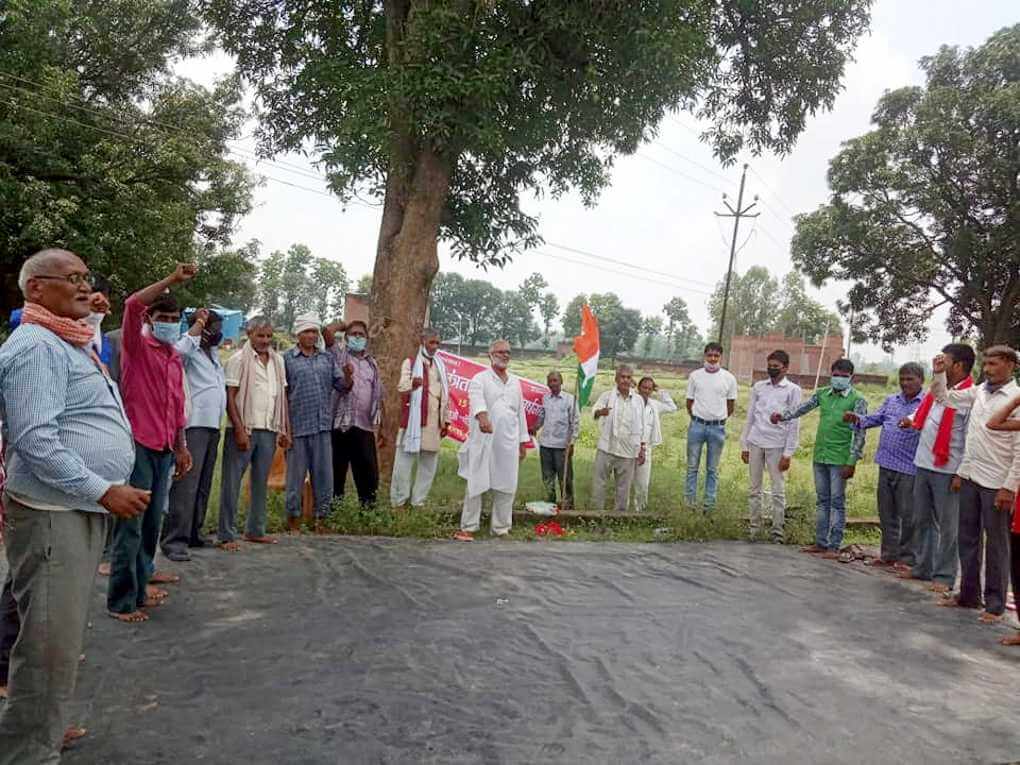