Protests against Killing of Dalit Pradhan in Azamgarh 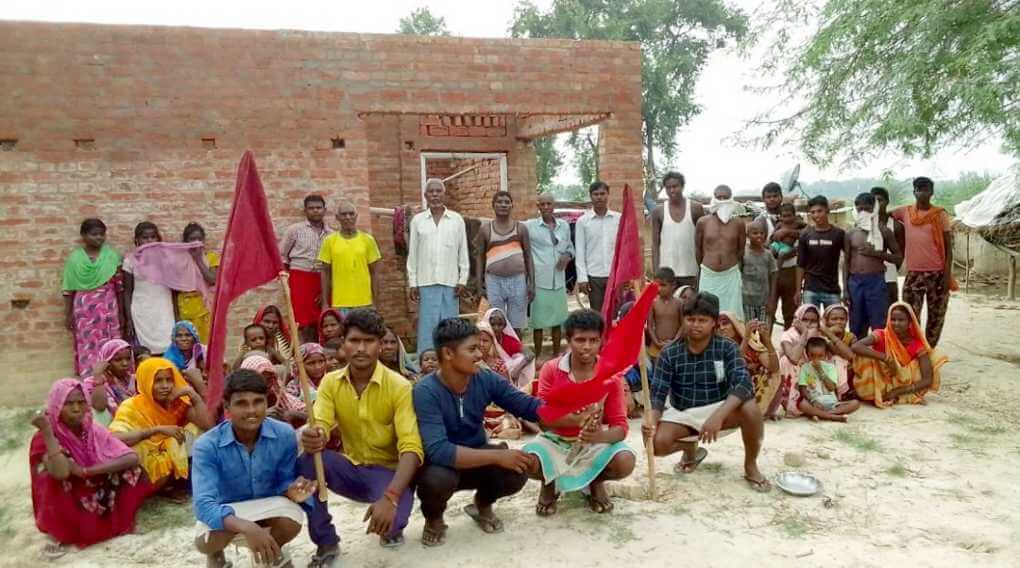 IN response to the call given by the CPIML Azamgarh unit, protests were held all across the District on 19 August 2020 against the killing of a Dalit Pradhan as well as consistent attacks on dalits, women and minorities and the police-criminal nexus that enjoys protection from the ruling powers. A memorandum was submitted to the Governor at the conclusion of the protests.

On 14 August Satyameva Jayate, the dalit Pradhan of Basgaon village in Tarwan Thana was called out from his home by dominant caste members and killed. His only ‘crime’ was that despite being a dalit, he refused to dance to the tune of Savarna feudal people and took his own independent decisions. Angered by the murder the villagers gheraoed the local Police Chowki. There was a clash with the police and the CO Lalganj Azamgarh drove his vehicle into the crowd, resulting in the death of a 12 year old boy.

Led by CPIML leader Sudarshan a 3 member team visited the spot and spoke with the members of the deceased victims and the villagers, after which it was decided to hold protests against the prevalent feudal dominance and police-criminal nexus.

During the protest, senior leader Jaiprakash Narayan said that Satyameva Jayate’s refusal to bow down before feudal Savarnas became the reason for his killing. He said that dominant caste criminals are boldly committing crimes in the District and no action is seen to be taken against them. Mafia Raj prevails not only in Azamgarh District but across the entire Uttar Pradesh. The Yogi government and their police are openly siding with criminals. Opposition parties like SP and BSP have surrendered in front of the ruling powers. He appealed to dalits and the poor to protest fearlessly against this situation.

The memorandum submitted to the Governor made the following demands: 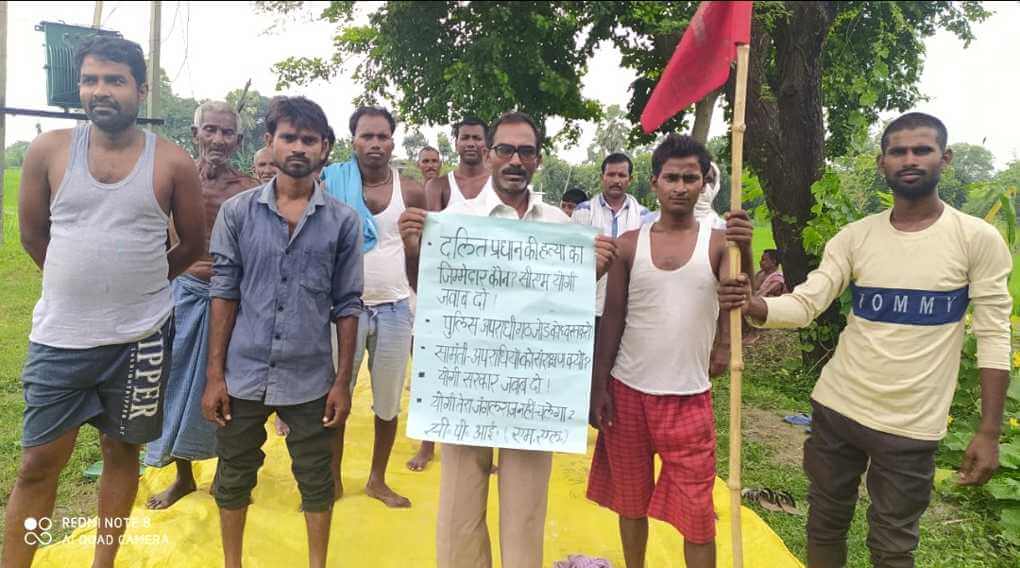